In an effort to better understand Michigan's next opponent, I thought a little background into the the fine State of Florida would be appropriate. There are so many things about Florida to recommend and such a glorious history to delve into that there simply isn't enough time or space to adequately cover it all. So, to be helpful, here are Maize n Brew's:

1. Florida in Iroquois means "Place of Death." It is a little known fact that Florida was founded around the turn of the 11th Century AD by the New York, Manhattan Island branches of the Iroquois tribe. Desperate to find a place to dispose of the old, dying, and just plain annoying members of their society, they sent their dependent members on a southernly trip toward the "end of the Earth." The warm sun and ample supply of strip malls allowed these near death Iroquois to regain just enough strength to survive. A government was quickly established and retirement homes and golf courses sprung up along the Atlantic coast. Though in a continual wait for death, these Florida Iroquois began the now famous Florida tradition of wondering why their children don't smoke signal, complaining about the weather, and showing cave drawings of their grandchildren.

2. The movie "Scarface" is actually a documentary about Florida's first governor.

3. Outside of the trade in illicit and licit mind warping drugs, the Floridian economy is driven almost exclusively by the tourists who make it in and out of Florida without getting knifed on the Disney monorail. Devoid of natural resources not gifted to Exxon/Mobil, the only thing keeping Florida's economy from collapsing and rampant cannibalism from emerging from its ashes, is the tourist industry.

The happiest most dangerous place on Earth!

4. When the Spaniards arrived in the 1500's, Ponce de Leon quickly spread cholera and small pox to the Florida Indian population in an attempt at one of America's first great land grabs. It didn't work, as the populace was indifferent and dying anyway. Seizing a second opportunity, De Leon set up a string strip clubs and discos for the flood of younger Indian tribes who were finally guilted/pressured into visiting their parents. This area is now known as Miami Beach.

5. Until the 1970s's Florida was a sparsely populated state. Part of the reason for this was the fact that summers in Florida are not particularly kind. In addition to temperatures that routinely reach into the triple digits, the summer months include the largest incidents of locusts, lice, livestock disease and raining fire in the calendar year. The invention of the air-conditioning significantly reduced the need for people to venture outside during the summer, thus nearly improving living conditions in Florida to place it on par with the planet Venus. Tourists are encouraged to bring sun block, gore-tex, and to paint their door with lamb's blood if visiting during that time. 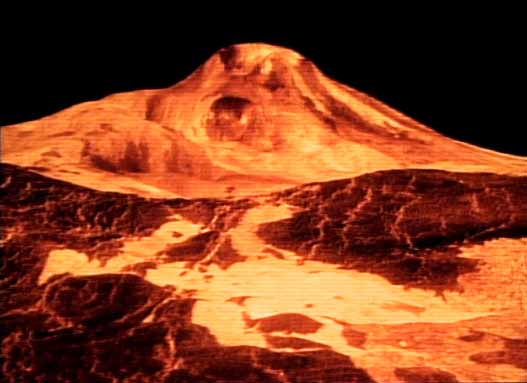 6. In the 1930's University of Florida President John J. Tigert established the "grant-in-aid" or "athletic scholarship" program currently used by the NCAA. This program is the seat of the NCAA's power and influence over college athletics. This includes allowing football players to rake in millions of dollars over the summer playing baseball yet prevented Jeremy Bloom from accepting ski endorsements so he could train for the Olympics. Thanks a lot, asshole.

7. Their state house is shaped like a penis. Really. They say someone famous designed it. My money's on Ron Jeremy.

8. Florida is well known for its contribution to the arts. Florida has provided the entertainment industry with such larger than life figures as Carrot Top, Bob Vila, and Wayne Brady. Florida is also powerhouse in the music industry. Where else could groups like Creed, Vanilla Ice, Luther Campbell have gotten their start. Nowhere. Only in Florida.

9. The British once purchased Florida from the Spanish. After discovering what that meant, they happily gave it back during the American Revolution.

10. For some reason the University of Florida's female mascot is named after Canada's Texas.

Hope this helps your bowl preparation!