You probably noticed the BIG TEN BLOGGERS label at the bottom left of the side bar. In an effort to bring you closer to the people that know our opponents better than we do, Mike at Black Shoe Diaries, Sean at Around the Oval, and I have put together a Big Ten Bloggers, er, Union or something or other.

In keeping with our proletariat revolution or sorts, our comrades in arms at Wisconsin Badger Sports put together a list of opening questions for our inaugural roundtable.

1a. The press and the coaches will be predicting the Big Ten champ at the Hyatt Regency in Chicago on Wednesday. That's fine, but overdone. In lieu of boilerplate predictions of who will come out on top, which Big Ten team will be the most surprising? Remember, surprises can be good or bad; the underdog who comes out of nowhere to share the title is just as surprising as the favorite who winds up with five losses and no bowl bid.

If I had to pick a team that will surprise in a positive way I have to go with Illinois. Zook's assembled far too much talent in Champaign for that program to remain dormant much longer. Juice Williams, while not the most accurate passer last year, should surge this year. Add in 900 pounds of fury in Rashard Mendenhall at tailback and super-recruit Arrelious Benn (who if we are to believe the hype is Manningham junior) and you've got as talented a threesome as any coach could ask for. Except for a Sophomore, the entire O-Line is upperclassmen. It's honestly not out of the realm of possibility for Illinois to start 4-0, especially with J Leman patroling the middle of the field. Look for Zook's sickening array of five/four star DL recruits to make an impact by mid year. Fear the Illini this year. They can win 8 games if the cards fall right.

If the media dubs this a "surprising" season I will have to do the following:

If the word surprising is used it means Michigan went into the crapper faster than your last value meal at Taco/Burrito Palace. It means Hart and/or Henne and/or Manningham and/or Long went down with a serious injury and the offense went to hell. It means the defense, which is very, very suspect at this point, proved to be as inept as Michigan's most viceral critics predict.

Surprising means were back in the Alamo Bowl.

Safety Jamar Adams. Adams was burnt crispy by both Ohio State and USC. Bad angles. Bad reads. He and Willis Barringer looked horrible at the end of last year. Safety is as important a position on defense as you can get. A screwup on zone coverage and all of a sudden your corner gets posterized. As a result, Hall and Trent looked pretty bad at times when the fault was not their own.

If Michigan is a serious national title contender Adams will have to be Michigan’s rock in the defensive backfield. He'll have to improve is reading of the field and balls in the air. He's definitely got the talent. He just needs to harness it. Look for Stevie Brown to make an impact as Safety soon as well.

For Snacky Tastiness? Illinois. Missouri, Western Illinois, Syracuse, and Ball State. Northwestern is up there too with Northeastern (they has a team?), Nevada, Duke (Nerd Fight!), and Eastern Michigan.

For Entertainment Value? I like Michigan's. Notre Dame and Oregon mixed in with two MAC teams. No one's OOC stands out this year. And honestly that's an issue the BT needs to address.

4. Here's a chance to look like a complete genius in a few months: pick the biggest in-conference upset that will happen this season. Justify your prediction!

Michigan State over Penn State November 17. Dantonio will have the Spartans well heeled by that point in the schedule and Penn State will be coming off a pasting of Temple. Overconfidence matched with a hungry MSU team trying to prove something for next year. The game is in East Lansing and the MSU faithful will be going abosutely insane if this team shows even the remotest pulse at that point.

For the record, Michigan had better be on upset watch on October 20, 2007 when they visit Illinois. That game has "Dammit!" written allllll over it.

Iowa immediately precedes Michigan, so something nice about Iowa. Hmmm… There’s lots of corn in Iowa. Lots of it. Corn feeds the hungry. So Iowa, you are the soup kitchen for the world! You also beat an obnoxious Les Miles and his LSU squad in Orlando in 2005. That by itself is worthy of praise. Thank you for pounding the myth of "southern speed" into submission with your 5’6" blazingly fast melanin-challenged receivers.

Now for something mean about Michigan State. Hard to feel up to saying something mean about ole’ MSU. It’s like kicking a quadriplegic puppy. Still, rules are rules. MSU, you employed John L. Smith. You employed him even when it was apparent two years ago he hard no control over his team. You employed him after the melt-down against Notre Dame. That by itself brings shame on everyone associated with the school. And to a lesser extent, shame on the Big Ten in general. Make sure you "protect" the "S" after every game.

After an exceedingly humbling throttling at the hands of USC, as a Michigan fan I must say greatest football team in the history of the multi-verse. When Pete Carroll is done saving starving orphans in China he dabbles in time travel and dimension swapping in an attempt to bring the finest humanitarian talent to Southern California. 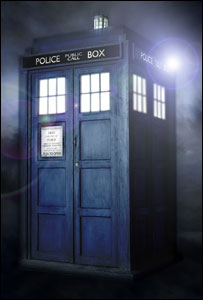