Big Ten Roundtable A couple of weeks ago Sean from Around the Oval, Mike from Black Shoe Diaries and I got together to form what is now the Big Ten Bloggers Network/Union/Association/Nerdery. As my wife like to chide, "What are you and your internet dorks up to now?"

On to the Questions!

1. Which player from your own team are you most looking forward to watching?

DE Brandon Graham #55 - He's been described by teammates at LaMarr Woodley except fast. Good lord. He's also got about ten pounds on Woodley and probably an inch or two. Michigan graduated both of its pass rushing ends in Biggs and Woodley. Now Michigan has Graham and monstrous Tim Jamison ready to step up. Jamison performed well last year notching 5 sacks in limited playing time (he got only 13 tackles all year). The ratio is pretty amazing, and certainly won't hold up, but damn. Jamison will be a terror all year, but I'm locked in on Graham. Jamison will demand the extra attention early on, so it'll allow Graham to get his own pressure on the QB. He's got the raw athleticism and size to be something special. If he's hot early and get the taste for quarterback blood, (shutter) he'll be one of the defense's most exciting players.

2. Which player from another Big Ten team are you most looking forward to watching?

A couple of guys stand out.

1) Jack Ikegwuonu (UW) - I consider him to be the best cover corner in the Big Ten if not all of College Football. He's fast. He's strong. He's meaner than a pissed off bobcat. After watching him body slam Manningham time and time again last season I got the impression this guy was something special. 41 tackles (35 solo), 11 PBU's, and 2 INTs.

2) Jehuu Caulcrick (MSU) - Wrecking ball in a green jersey. One of my favorite running backs in the conference simply based on the amount of punishment he doles out. Amazingly entertaining to watch.

Runs like there's a Buffet in the End Zone.

3) Chris "Beanie" Wells (OSU) - I may hate the fact he plays for the Buckeyes but good God is this kid fast. His touchdown run against Michigan was over before I put my drink down. If he can keep his head on straight (a problem for OSU running backs), he could be one of the best to come out of Columbus.

3. If your team was an action movie star, who would it be?

Al Pacino - Man did he rock in Heat! Honestly, since Donnie Brasco in 1997 Pacino's been mostly hype and living off past glory. Arguably, so has Michigan. Take a look at his filmography, can you honestly tell me any of these movies (with the exception of Any Given Sunday) lived up to the hype? 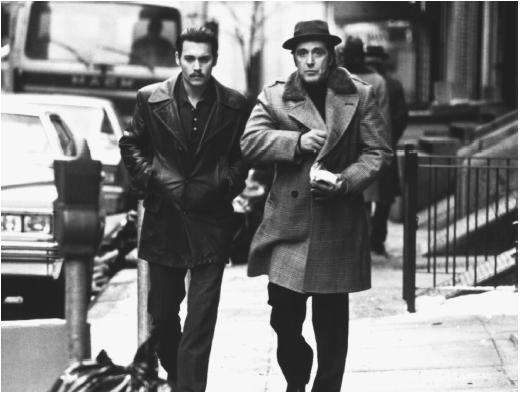 No. It never gets old.

Even so, both are forces to be reckoned with. At any moment either one could turn in the performance of a lifetime. You know they've got the talent. You know they can. The question is whether they give enough of a crap consistently to do so.