Pyre of the Phoenix: Michigan Football Falls to Toledo

Share All sharing options for: Pyre of the Phoenix: Michigan Football Falls to Toledo 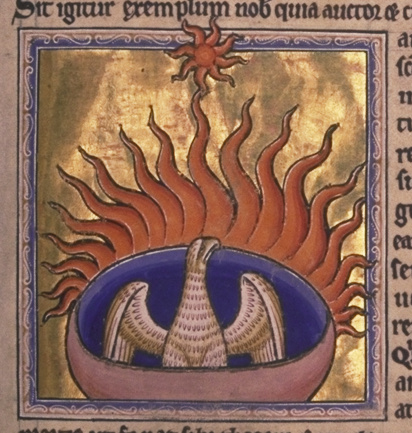 That is, of course, unless you went to Notre Dame, Nebraska, Colorado, Miami (FL), or USC. If that was the case, well, you've probably got a pretty good idea of what we're going through, and just how bad it's going to get before it gets better.

If it's not obvious why I'm mentioning these teams, it's time for a history lesson. Each of these schools has won a national championship within the last 30 years, in some cases multiple national championships. But even a cursory glance at their records shows that even the mighty, the invincible fall, and they fall hard.

self inflicted its own wounds following the Legendary Tom Osborne's departure. Frank Solich was went 59-19 during his tenure at and was forced out the door by an overzealous AD following a 7-7 season and a subsequent 9-3 season. Fired after a 9-3 season. How's that for a lesson in a crazy fanbase? 's AD at the time, Steve Pederson, justified the move by stating he would not "let gravitate into mediocrity" and would not "surrender the Big 12 to and ". The result was the disastrous tenure of Bill Callahan (27-22). Callahan had two losing seasons in four years and managed to give up 76 points to in 2007. He is no longer the coach of .

won a National Championship in 1990, but has had 4 losing seasons since 2000 including a 2-11 season in 2006. But even that pales in comparison to the embarrassment of the Barnett years and the fallout from a program truly out of control.

. Do I really need to go into this? Thug Life. A football dynasty you'd have to be clinically insane to disrupt. They won the national championship in 2001 and were seemingly an and Green Freight Train destined to rule college football for the foreseeable future. Well, the freight train derailed and the Canes just emerged from a 5-7 season. And based on current performance, they may just repeat that this season.

Maybe. Just maybe, other national powers have been down this road before. Maybe this was a little more inevitable than we thought. Maybe 's just not good enough to avoid the pratfalls that have affected similar programs. Maybe.

Regardless of historical precedent, 's stunning loss to did and should shake the foundations of all fans. Losses like this aren't supposed to happen to .

The facts are things like this happen during transitions. They happen regardless of how good your recruiting class was or who the new coach is. New schemes, personnel, personalities; these are all things that throw the professionals for a loop. So it seems a tad bit unfair that we expect immediate success out of a bunch of kids.

However, what we should expect is a modicum of improvement game to game out of your players. No matter how good or bad their recruiting stats were,  they are still human beings, capable of achieving great things if properly motivated and coached.

I am now and shall remain a believer in Rich Rodriguez as 's head coach. I think he's hit a pothole he didn't see coming, but I still think will be better off as a result of his hire. While I have not been a particular fan of Calvin McGee's play calling this year, I find it hard to fault him for the offense. returned two starters on offense: a slow wide receiver and a sophomore offensive lineman who should've redshirted the year prior if not for the dearth of talent on 's line. Whether Threet could've played in the second half with his injured elbow is a question I can't answer. But if he could've played, keeping in the game was inexcusible.

But the frustration of a fanbase must come to rest somewhere, and fairly or not, it's resting place should be on the shoulders of DC Scott Shafer. Shafer is a good man. A motivated man. But he was out coached by one the worst teams in the MAC and has watched a veteran group dissolve into chaos. 's 3rd down defensive conversion statistics are horrific this year. The most appalling aspect of this is 's total inability to stop anyone from converting 3rd and 8+. Shafer routinely sent three down linemen on third down allowing time to pick apart 's poorly coached secondary.

Shafer has gone completely away from the strengths of his defense (the line) and is relying on it's weakest points to be the difference makers (LB and S). As a result, the defense is a mess, and its regressing. Against one of the worst teams in the MAC, notched one sack. One. Worse they allowed one receiver to amass TWENTY catches in a single game. Two. Zero. Twenty. How is that even possible? Did they fail to notice that 60% of the passes thrown in that game went ONE GUY? If the level of competency and play doesn't increase dramatically over the remainder of the season I do not see how Shafer remains on staff at the end of the year. There's a lot of time for improvement, but if this performance remains constant we'd have saved ourselves a lot of trouble by simply retaining Ron English when Rodriguez came on board. Well, honestly, we'd probably be better off because English's secondaries were usually pretty good. That's the level of my frustration.

Even so, loss and all, I'll still show up for the games. I'll still rearrange my Saturdays so I can catch the first snap. Because it does get better. Eventually. Rodriguez was 3-8 when he took over a talent depleted squad in 2001 before guiding them to 9 wins the following year and six straight bowl games including three straight BCS games. 's incoming recruiting class is as talented as any class in the country. Given another year to adjust, both coaches and players will react and perform better than they could given six months to prepare. At some point, this will make sense in the grand scheme. But for now, it's gonna suck.

was not Appalachian State. Don't kid yourself. Nothing compares to that debacle. was a bad team beating another bad team. Nothing more. Anyone suggesting otherwise is a moron.

Regardless of name or pedigree, is not a good football team. There seems to be a lack of leadership, a lack of urgency that will propel this team through tough stretches like this. Like Notre Dame a year before, it is struggling with new faces, schemes, and inexperience. Just like under is suffering through its worst season in over 60 years. Just like USC in 1991, could conceivably emerge 3-8 or like Notre Dame last year, 3-9.

But even in times of crisis there should be hope for the future. Legend has it the lived for 600 years before its life cycle drew to a close. During those final moments of the Phoenix' life cycle it built itself a nest of cinnamon twigs before igniting the nest and itself in its own funeral pyre, only to emerge renewed, vibrant, and more capable than before.

Funeral pyres such as the 2008 Michigan Football season have engulfed programs just as successful as before. And for the most part these programs have emerged from their own ashes as strong or stronger than their previous incarnations. , and are just beginning to spread their wings after mismanagement ground them into irrelevance. Notre Dame is Notre Dame, and Weis or not, they will continue to improve. And USC, well, we all know that story.

But reclamation doesn’t happen overnight. The must burn itself down to its ashes before it may rise again. Only time will tell if was the flash point of the pyre, or the final dying ember of its rejuvenation flame. Either way, it will take time for to spread its wings again. If the pyre is complete, will compete against . If the fire is just stating, the Nittnay Lions will throw gasoline on the blaze.

Like those other regenerating dynasties, must face its own mortality before it can renew itself. And judging by Saturday’s game, that could take a while.