Playing to Your Weakness: Michigan's Linebackers and Safeties will Determine Michigan Football's Chances on Saturday

Share All sharing options for: Playing to Your Weakness: Michigan's Linebackers and Safeties will Determine Michigan Football's Chances on Saturday

You can say what you want about personnel, but Michigan's chances of pulling an upset on Saturday hinge entirely on the shoulders of its linebackers and safeties. You can point to the Offensive line, play calling, and the health of Steven Threet's arm as other critical factors, and you'd be right.

However, and let me be clear on this, if Threet doesn't play we lose. End of story. This is not open to debate. Nick Sherridan may be a nice kid who works hard and earned scholarship, but he ain't a D1 quarterback. And if he's leading us out of the tunnel on Saturday, I'm tying an extra black band around my arm and pour a little extra on the ground for my departed homies (i.e, my football team). All hope in this game is dependent upon two assumptions.

1)      Threet plays. And he plays as well as Ryan Mallett did last year against Penn State. That’s not asking a lot, but it’s asking for something.

2)      The Offense is not as incompetent as it looked against Toledo and that game was indeed an aberration.

If either of these two tennents are proven wrong…. 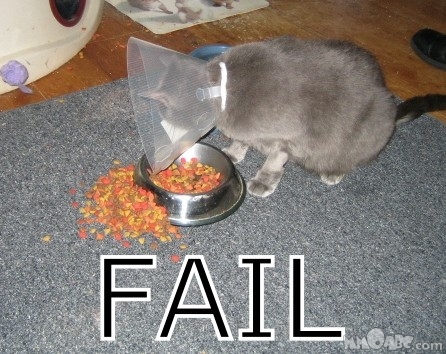 Now that the caveat is out of the way, let's move on to something a little more interesting. It's no secret that Michigan has struggled against spread offenses this year (or any other year for that matter). After watching, nay, suffering through 6 games this year I feel it's safe to safe that a majority of Michigan's failures to contain a running quarterback can be placed on over pursuit of the linebackers. Second, Michigan has cost itself games by losing track of receivers once they get past the line of scrimmage. While I can't lay all the blame for this on the safeties, I can say that at least 65% of the ripping-out-my-hair-what-the-eff-are-you-doing screw ups in the secondary are on Michigan's safeties. Both the Linebacker and Safety corps have been bad. And they've been real bad.

And regardless of this, they will determine whether Michigan has any chance against Penn State on Saturday.

The zone read keep has flayed the skin off Michigan's defense this year for a lot of reasons. Some greediness by the DE's, the occasional double team on our DT's at the right time, an agry God, but for the most part it's been screwups by our linebackers that have opened running lanes that should've been closed. Varsity Blue's outstanding work on the Juice Williams 50 yarder clearly demonstrates the problem. Guys simply aren't holding their assignments. This isn't news, but it is important. Even a modicum of improvement from the Linebackers would have prevented several back breaking scampers by quarterbacks and running backs.

It seems like a simple problem to fix, but in reality it's not. Shafer is sending a lot of people into the opposing backfields and requiring the remaining players to stand firm, because there ain't no one behind them. If you look at the Juice scamper linked above, coming in from the left of the screen on the second video is Obi Ezeh on a LB blitz. Ezeh barely misses tackling Williams for a loss at the LOS on that blitz. If Mouton held his position for a second longer it's quite probable Ezeh takes Juice down from behind and we're not talking about this stuff. But we are, because the linebackers simply aren't holding their positions. Part of it's inexperience Ezeh and Mouton are converts to the position. Part of it's ability because John Thompson, bless his heart, ain't that good. But a substantial part of it is the fact they're still learning this defense.

There are a lot of "ifs" involved here, but if they can hold their positions a half a second longer or learn to rely on the guys around them a little better, maybe the spread won't be so hard to defend. (Yes it will, but not as bad).

That extra half a second is going to be huge this weekend. Darryll Clark is re-entering earth's atmosphere hot right now and is making the right reads on his runs. He had Illinois and Wisconsin's linebackers falling over themselves to beat him to the corner, only to take the readily available cut backs. He's almost Juice Williams, just not as athletic but with a better arm. Williams is a better runner at this stage, but even if he is a step down from Juice, he's still more than capable of torching Michigan on the ground if people don't play their positions.

The worst part of it is, there should be more of these. Michigan’s downfield pass coverage has been abysmal and 70% of the mistakes can (fairly or unfairly) be attributed to poor safety play. Whether it’s biting on a play fake, covering the wrong guy, or simply falling down for no reason, it’s been a horrific year in the Michigan defensive background.

So how does any of this play into the possibility that Michigan can contain Penn State’s Senior wideouts? Well, it really doesn’t. Michigan has the benefit of two decent to good cornerbacks, one truly promising freshman corner, and speed in the backfield. The problem hasn’t been physical tools, it’s been mental mistakes. Failures in communication between Brown, Stewart and Harrison with Trent and Warren on who is covering the deep man.

The thing with mental mistakes is that, for the most part, with good coaching they can normally be fixed. Assignments can be taught. Positions can be drilled into players’ heads. Eventually, if players are going to live up to their recruiting billing or their SAT/ACT scores, they will improve. Usually, at least at Michigan they do. And you have to believe based on the improvement made by Stanford under Shafer that similar improvement will come to Michigan. But all of this is based on hope rather than positive indications from the players.

At this point, most Michigan fans understand that any wins from this point out will be considered upsets. But the players don’t accept that. They know they’ve got the talent to stack up with just about any team in college football. They just haven’t showed it for four weeks this season. Sometimes it takes a team a while to jell. Sometimes it takes the shock of a horrific embarrassment to make players finally realize that talent isn’t enough.

For Michigan to have a chance Saturday, the defense must play as it can, rather than as it has. And more importantly, Michigan’s biggest defensive liabilities must become their greatest strength.