There is still football to be played, however, as the Wolverines go up against the Wildcats of Northwestern [insert Wildcat roar here] this Saturday, Noon ET, at Michigan Stadium.  Any momentum gained from the Minnesota game is on the line Saturday; a win means we have somewhat of a hot-streak going into the 'shoe.  A loss destroys the aforementioned streak, any momentum gained, and probably some sort of household appliance in the home of Beauford.  If you're having trouble getting amped for this game, just think of my toaster.  Her life is in your hands, Wolverines. 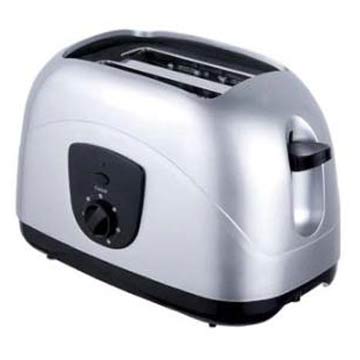 It's looking more and more like starting quarterback CJ Bacher is going to play after all:

Without starting running back Tyrell Sutton, who seems unlikely to return with a wrist injury, the Wildcats moved Stephen Simmons to a starter in their loss to Ohio State on Saturday. Against Michigan this weekend, Simmons will remain a starter, but Fitzgerald has made another shift.

He will move wide receiver Jeravin Matthews to running back to help back up Simmons with Jacob Schmidt and Scott Concannon. Matthews played multiple positions, including running back, because of his speed and athleticism in high school.

Given Michigan's track record in dealing with players who have hastily changed positions mid-season, I'd say that this Matthews character is destined for a good day.

Michigan will be facing a Northwestern offense that features a 3rd string running back not named "Sutton" and a dinged-up (at best) CJ Bacher who, according to the aforelinked article, is still having trouble "opening up and running."  This all bodes poorly for the Northwestern offense, which wasn't exactly setting the world on fire prior to the nasty string of injuries.  Northwestern is averaging a rather "meh" 370 yards/game this season, good enough for a 55 ranking nationally, and 5th in the Big Ten.

Bacher to date has thrown 11 interceptions to 10 TD's, and has only rushed for 283 yards on the season.  That's good for around 30 yards per game after sacks are adjusted.  It's safe to say that while Bacher is mobile, he isn't exactly Juice Williams.  Bacher dealing with an injury that expressly limits his mobility is even less Juicy.  If Bacher starts, expect to see more of his arm than his legs which, given the amount of INT's thrown this year, could be a good thing.

If Kafka starts, however, it's a whole other ballgame.  Kafka has shown promise with his legs, but has poor pocket-awareness.  He will probably take advantage of what Michigan gives him on the ground, but will be equally flustered by this "roaming Okie" blitz package we've seen recently.  If he plays, I expect some exceedingly frustrating picked up 3rd and longs combined with some exceedingly satisfying sacks.  Over the two games that he's seen significant time in, he's averaged about 20 attempts per game.  Expect to see a lot of the ground attack if Kafka is starting.

FWIW, I kinda think Bacher is going to get the start, but will have a short leash if the injury limits him in any way.

Here's what we kinda know:

1)  Schafer has "dumbed down" the defense to a base nickel package, employing an "okie" front on obvious passing downs.  Okie basically means that there are 3 down linemen, and a bunch of guys behind them who kind of wonder around showing blitz, or not showing blitz, then maybe blitzing.  Sound confusing?  That's what it's supposed to do to the offensive line and quarterback.  It worked great against Minnesota, and will probably get about as much action against a similar offense in Northwestern.  By the way, I'm not a coach, so if I'm waaaay off base on what the Michigan Okie front is designed to do, by all means, correct me in the comments.

2)  The defensive line is probably going to be good again.  They're the only unit who has shown consistency on the defensive side of the ball.  I think, given Bacher's immobility and a 3rd stringer at RB that they will be primed for a big day.

Here's what we don't know:

1)  The secondary had a good/great day against Minnesota.  It's the first one of those they've had as a unit.  Predicting what they will do against Northwestern seems foolish given the inconsistency.  Having 5 DB's on the field at once, with Harrison playing a hybrid "wolf" position (half LB, half S) in the cover 2 seems to have struck a chord with this particular group.  We shall see.

Given the Bacher injury/Kafka inexperience, and the 3rd string running back thing combined with the new-found simplicity of the defense, I kinda expect them to have an ok day.  Ohio State held a Kafka-helmed Northwestern to only 294 yards of total offense and 10 points last week.  I expect Northwestern to gain something closer to their season average of 370 YPG, but nothing exceeding that.  Their injuries will limit them, and Michigan's defense appears to have found something against Minnesota.

Per Rivals, and via Mgoblog:

Redshirt sophomore Nick Sheridan will get another opportunity to add to his second chance, head coach Rich Rodriguez reported today. Sheridan led the Wolverines to a win over Minnesota and will start again Saturday against Northwestern ...

So, there you have it.  Additionally, it looks as if Minor will be limited/inactive with an injured body:

Michigan running back Brandon Minor has yet to practice this week due to shoulder, rib and wrist injuries.

Head, shoulders, knees, toes, wrists, and ribs.  It's all hurt.  As I mentioned in my less-informative preview, the rushing onus falls onto a combination of McGuffie and Shaw against Northwestern.

As I mentioned before, one of the things I've been most impressed with has been McGuffie coming out of the backfield as a receiver.  I expect there to be even more of that mentality now that the Minor-Rage offense is not available. Shaw has been equally impressive; on his 23 attempts he's averaging 6.8 YPC.

The 800 lbs. gorilla in the corner, however, has on a #8 Jersey and plays quarterback.  He may not be death anymore, but uh, Steve Young he ain't.  To date, he's completing 56% of his passes, and has 5 INTS to his 2 TD's.  Any optimism that stems from the fact that Bacher may not be starting for Northwestern should be immediately nullified by the fact that Sheridan is starting for Michigan.

That's not to say that he can't win us this ballgame.  Last week, I thought Nick did several things very, very well.  When he scrambled he kept his eyes downfield.  He throws a screen pass well.  He kinda looks like Brian Greise.  However, I was terrified on a number of deep balls that hung, and hung, and hung.  Minnesota didn't make him pay for those.

Here is Sheridan against Minnesota:

Here is Sheridan against everyone else:

Sheridan was 60 yards shy of matching his entire seasonal output to date against Minnesota, which included playing time of some sort in 5 games.  Did Sheridan turn some sort of corner?  Maybe.  My guess is that he wasn't as bad as his numbers suggested, but I think a regression towards the mean is more than likely against Northwestern.

Reasons for this include the fact that Northwestern will likely be more prepared after seeing what he did against Minny.  For example, those hitches to Mathews and Stonum probably won't be there every time, and Stonum probably won't make a SportsCenter top-10 one handed catch for a crucial first down.  Add into this the fact that Sheridan likely won't have Minor-Rage offense to lean on, and you see why there is reason for concern.

Speaking of which, I was very impressed with both Stonum and Mathews against Minnesota, and am guessing they will be featured, along with quarkback Odoms, prominently in whatever passing attack Michigan can muster.

Bottom line for our QB:  Against Minnesota, Sheridan managed to at least be smart, and was helped by some terrific catches.  If he can pull another 0 INT day, Michigan will likely be in good shape.  If he starts throwing INT's, it's fail time.

Feagin will likely see time in the same capacity that he was used against Minnesota.  I think that he's under instructions to throw if it is absolutely wide-there-is-nobody-standing-within-15-yards open.  Rodriguez, at this point, would rather take a loss of yardage on a keeper than have Feagin try to force something.  I think Feagin will get an opportunity to throw the ball this weekend; whether he actually does is up for debate.

Another positive note is that Molk will be starting, despite some worry about a toe injury suffered against Minnesota.

As a unit, Northwestern is giving up around 350 yards per game.  That's very middle of the road, and good enough for a 58th nationally, and 7th in the Big Ten.  The defense is solid, if not spectacular.  If there is one area they excel in, it's playing behind the LOS.  Northwestern is ranked 2nd in the conference in both TFL's and Sacks.  They are aggressive, and will likely try to pressure Sheridan into making bad reads and throws.  Michigan's offense mitigates this aggression slightly with screens and draws, but I expect Sheridan to have to make that all-important decision to just tuck it and take the sack on more than one occasion.

Corey Wootten is among the conference best in TFL's and has 7.5 sacks on the year - good enough for 5th in the conference.  The line will have their hands full with him.  I wish I had more to tell you here, but I don't.  Northwestern's defense does nothing really spectacularly, but nothing really poorly either.  Their 3rd down conversion against is solid - 65% of the time they get off the field.

Overall, I expect that Northwestern's defensive gameplan will be to tackle behind the sticks and get Michigan into obvious 3rd and long situations.  From there, they should be able to pressure Sheridan enough to maybe force him to make a bad throw.  On a play to play basis, Northwestern's D should hold up rather well, but I expect they will be susceptible to the big play by becoming over-aggressive.  A few Shaw draws or Feagin keepers will probably go for 30+ yards as aggressive LB's and secondary run themselves out of the play.

I kinda think that Michigan wins this one, actually.  Let's make it 17-13.