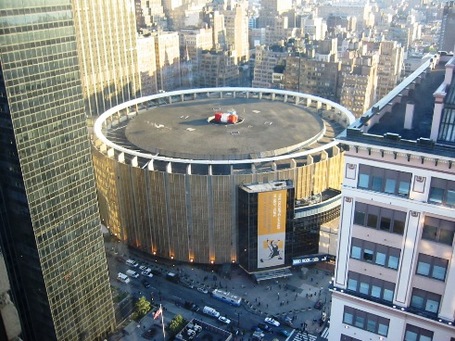 Madison Square Garden, in its current incarnation, was built in 1968.  It is situated at 7th avenue, between 31st and 33rd street in Manhattan.  Known as a city with severe sleep deprivation, New York is about as diametrically opposed to Michigan as two places in America can be.  In Michigan, people are afraid to go to work on Fridays, because that's when they notify the lay-offs.  In Michigan, folks are glued to their TV's, not watching football or Survivor, but watching for any movement on the auto-industry bailout that could save their jobs.  In Michigan, people are getting up very very early in the morning to go sit on an elevated platform in a tree somewhere hoping that a deer walks by.  They will then kill that deer.  This is considered a good day.  This does not happen in New York.

The last time we heard from Michigan Basketball there were 5 young men wearing their shorts low and playing a brand of college ball that had formerly only been seen on playgrounds and in crowded gyms in city highschools.  One of those young men, it would turn out, was being paid a significant amount to wear his shorts low, provided that those shorts had a block-M on them.  Michigan basketball disappeared after that, buried under sanctions, fallen banners, and Ed Martin.  The beast lay on the hardcourt, content to be ran over, around and through by those who it had once slain.  All was silent.

Then, last night, in front of a half full arena in a place far, far from home, the beast got up.  It picked itself off of the court, and shook off those fallen banners, and the echoes of the past.  And it fought.  For the first time in a long time the beast fought with a tenacious 1-3-1 zone and a freshman guard from Indiana who looked like he had emerged from Hickory High School to take the big stage in New York.  It fought with a point guard named Manny Harris who, when he realized that UCLA was not going to let him score at will, played within the system to find those that the Bruins were content to let go.  It fought with great 2nd half shooting, and forced turnovers, and transition points.  And finally, with 14 seconds left on a backdoor cut by DeShawn Sims - the 6th man off the bench - Michigan basketball roared again. 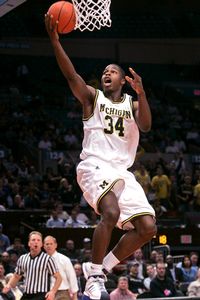 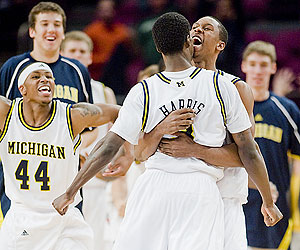