Share All sharing options for: What's a Terrapin anyways? 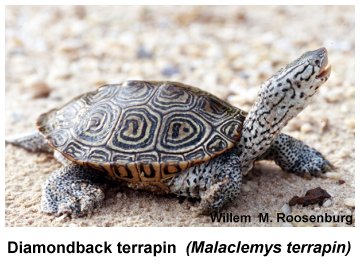 Oh.  That's a Terrapin.  Pretty little thing.  Of course, Terrapins in their natural environment also look like this: 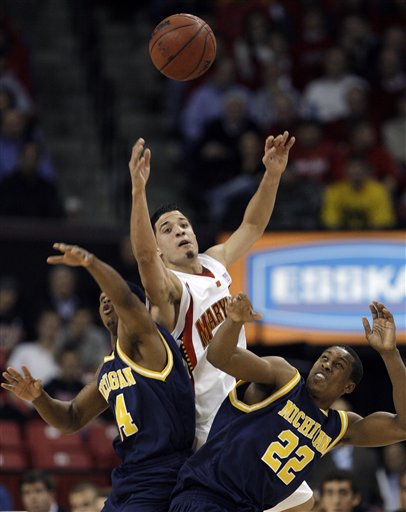 As many of you likely read, I was in O'Hare last night watching things being de-iced.  I was not happy.  Then I got on my flight, or my jet, or whatever JetBlue is annoyingly calling themselves, and sat down in my cramped little seat.  I flipped on the TV, and found that JetBlue gets ESPNU.  Go figure that the last place you'd expect to be able to watch a game is actually the only place that you'd be able to watch the game.

So yeah, I watched the game through intermittent interference on a 3 inch screen 6 inches in front of my eyes.  The guy next to me looked a lot like Tim Gunn, and got annoyed at my exasperated sighs.  It was, in all, a good time.

This team can hang around with some big boys because they shoot the three pretty well, and the 1-3-1 (when allowed to run it) works pretty well.  However, they have some fatal flaws that will hurt them going into Big Ten play (forget about Duke).  First, and most frustratingly, they can't rebound. Maryland got 14 offensive boards to Michigan's 9, and had 35 total boards to Michigan's 24.  Michigan's defense was good enough last night to force some really, really bad shots, but poor rebounding gave Maryland a second chance on many of those possessions.

As I made note of, Maryland's Greivis Vasquez drove the gaps with some success against the 1-3-1, taking advantage of slow help defense on the interior.  However, Maryland's true success offensively was when they forced Michigan to man-up and ran their flex offense.  Vasquez can create - he had 23 points, but he's at his best when he's allowed to find the open man coming off the multitude of screens set by Gary Williams' offense.  He ended with 6 assists and a staggering (for a PG, anyways) 12 rebounds.

As I watched the 2nd half, I thought we were getting jobbed a little by the refs as well.  There was a charging foul on Manny that I thought should have been blocking (the defender clearly slid into the contact on replay) and there were a couple of no-calls that amazed me.  On the flip side, it seemed like even the littlest contact was being called on the Wolverines.  I know this is sour-grapes, but uh, when one team shoots 20 free throws, and the other shoots 6, there is a discrepancy worth noting.

At times, the offense looked very good.  You saw the back-door cuts, and the three-point shooting that Beilein is noted for.  However, at times in the 2nd half especially, you saw Manny having to create because nobody was moving.  I didn't get why that was happening, and it was very frustrating to watch. 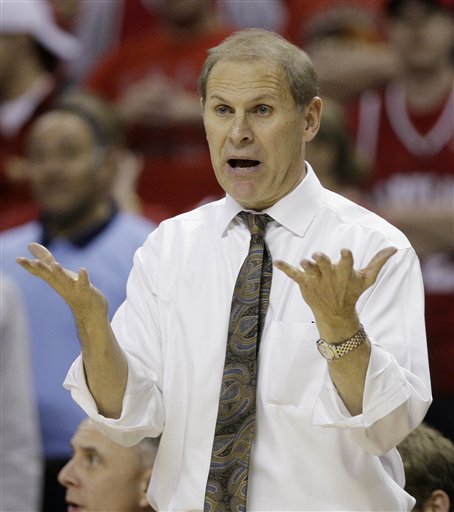 I don't get it either, John.

For all the bad things that happened, the game was pretty well contested throughout, and once again Michigan hung with a team that is likely tournament-bound.  41% three point accuracy was great, as was the 42% floor-percentage.  It's just that Michigan didn't have an answer for Vasquez's ability to either create and shoot, or dish to his teammates.  I was happy that Michigan took Maryland's 2nd half punch, and came back swinging.  They just didn't have enough in the tank at the end.

Assuming a loss to Duke (and you can't assume anything, but uh, it's highly unlikely) Michigan will enter Big Ten play with a win over UCLA on a neutral court, and a 9-3 record.  I think with the UCLA win on the resume, it'll take Michigan winning 10 of their 19 conference games to be a solid bubble-team (is there such a thing?) and 12 conference games to be a likely tournament team.  Beating Purdue or Michigan State at least once and a solid conference tourney will go a long ways towards solidifying either scenario.