Thursday Happy Hour is in the Comics

Share All sharing options for: Thursday Happy Hour is in the Comics

I'm going to be buried today so here's what's going on around the 'sphere:

HT: The Wizard of Odds and Tank McNamara by Jeff Millar and Bill Hinds. 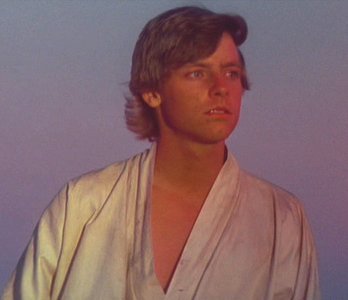 Judge for yourself. Maybe I'm crazy.

Kelvin Sampson and Indiana are in Deep Shit

ESPN is reporting Sampson and two of his assistants are guilt of multiple recruiting refractions which could not only keep the Hoosiers out of the NCAA tournament, but will likely cost Sampson his job. ESPN detailed the accusations by the NCAA:


* Sampson, assistant coach Jeff Meyer and former assistant Rob Senderoff failed to comply with sanctions imposed on Sampson for impermissible recruiting calls he made while he was the head coach at Oklahoma. Sampson was under such sanctions when he was hired to coach the Hoosiers in March 2006.

Sampson and Senderoff, who resigned his position Oct. 30, are alleged to have jointly participated in telephone calls at a time when Sampson was prohibited from being present or taking part when staff members made recruiting calls. Senderoff and Meyer are alleged to have made about 100 calls that exceeded the sanction limits.

Not good. I know many are happy to jump on this news and gleefully wave their "ITOLDUSO" flag, but this news brings me no joy. Sampson's a pretty good coach and I was legitimately pulling for him to restore his reputation. Hopefully this will all turn out to be a case of over-zealousness on the part of the NCAA. Guys like DJ White deserve to play in the NCAA tournament and not have their careers erased because of the screw-ups of a handful of selfish people. Ask Jalen Rose how he feels about his accomplishments being stripped from the record books because of [SELFISH ASSHOLE]'s actions.

You're still a cocksucker

NCAA Rules Committee Continues Work To Destroy Football As We Know It.

From their secret under ground lair somewhere in the mountains of Montana, the NCAA Rules Committee announced its latest efforts to "speed up the game" and ruin everyone's Saturday. Folding like cheap paper under the money heavy thumb of the networks, the Rules Committee has provided the following idiotic proposal concerning the game clock after a player runs out of bounds. "Under the old rule, the game clock would not start until the ball was snapped on the next play. Under the new rule, once the ball is ruled ready for play, the official will start the game clock. This will will not apply in the last two minutes of each half." (HT: The Wiz, his summary was better than mine)

So every time you run out of bounds, except of course in the last two minutes, the clock treats the play as though it was a college first down, as soon as the ball is set, the clock starts. This is utter bullshit. Leave the game clock alone. Don't change the entire game except for the last 2 minutes. I know it seems minor, but any proposal messing with the clock will and does drastically alter the way the game is played. Getting out of bounds during the second and third quarters is especially important because it allows players to cycle in and out of the game, thereby keeping them fresh and improving the quality of play. Once you start shaving seconds and minutes off the clock with this asinine rule all of a sudden they're fewer players in the game and less time to keep the stars fresh. This is only a single, honestly flawed, argument but there are millions others against this rule. I'd love to get your thoughts on it.

Other Rule Changes include: