Share All sharing options for: Game 18: Michigan vs. Columbus School for Stupid

So far so good for the Michigan basketball squad.  Despite losing a tough matchup against the Illini, the Wolverines appear to be in the driver's seat on the way to a strong Big Ten finish and a berth in the NCAA tourney.  Standing in their way, however, is Ohio State, who come to Crisler tomorrow evening.  That is, if they can all safely get off the bus and stop eating their hair.

BJ Mullens will start at the center position, having just learned that big-boys use the potty.  While the training remains spotty, the gritty determination of the 6'10" freshman have impressed Thad Matta:

"BJ's come a long way.  When he first got on campus, he was just like every other student here: pacifier in mouth, longing for his mother to just love him.  It took weeks to get him on solid food.  He still wears his pull-ups, but his determination to not piss and shit everywhere got him out of those diapers, and into the starting rotation." 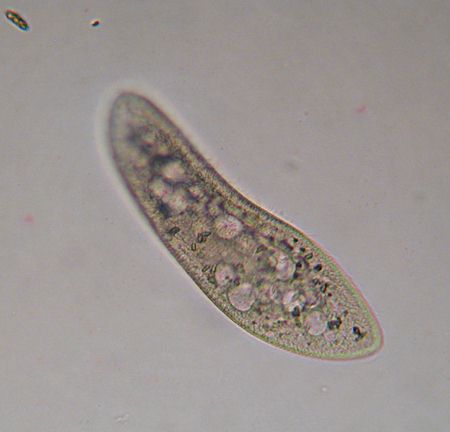 Simmons has shown surprising ability to penetrate a zone defense.  Fortunately for Michigan, all members of the team will hold a significant height advantage.  That's not the only advantage Michigan has: one of the most overlooked aspects of this upcoming game will be the mental edge that Michigan holds.  Of course, it's an advantage that every team playing Ohio State holds, mostly because Ohio State student's mental capacities never really developed past Homo Erectus.  If you just laughed at the words "Homo Erectus" you're probably an Ohio State student.  [Yes, that skull currently resides in Ann Arbor at the Natural History museum.  It is believed to have belonged to Woody Hayes, who never really understood that he needed to "use his words."]

Finally, Sophomore Evan Turner is the Buckeye's leading scorer, and current record holder at "Barnyard Sounds!," a game the Buckeye's play on the short-bus to and from games.  Currently, Turner's streak stands at 5 correct answers in a row, coming up just short at "Mooooo" to which Evan answered "mom."  Coach Thad Matta wanted to allow it on the grounds of Evan's parent's Buckeye themed wedding photo: 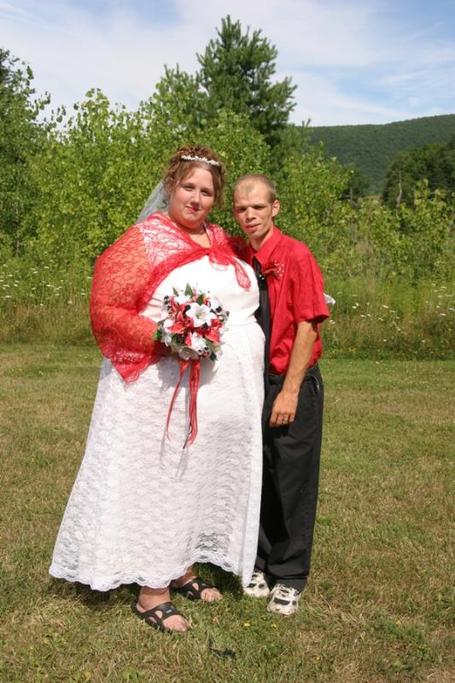 The short-bus arrives at Crisler tomorrow, and the team will be escorted to the gym by a friendly staff of able chaparones.  Remember when the team went to have ice cream last weekend?  Oh what fun they all had until David Lighty knocked young BJ Mullens' double scoop of cookie-dough onto the ground.  Well BJ didn't like that one bit, so he threw one of his...fits.  Lighty was hurt in the ensuing rage, and they all had to board the scarlet and gray short-bus and go home.  My, were they tired that night!  That was a fun day.  And for the rest of the season, after Michigan tard-stomps them, they get to be a middling team of incestuously bread half-wits who can't tie their own shoes much less put a ball through a hoop.

And they get to go to the Roller Dome!  What fun!