Share All sharing options for: Roundball Roundup: Michigan vs. OSU

Michigan’s collective shooting woes continued Saturday night as the Wolverines dropped their second straight conference contest to their archest of arch rivals from Columbus.  First and foremost, Ohio State came in with an effective game plan and for the most part, executed it well.  The Buckeyes hammered Michigan inside all night long and effectively took Sims out of the game from the outset.  They also seemed to be very well prepared for the 1-3-1 defense and frequently were able to get easy looks and consistent scoring in the paint.  That said, this was a frustrating Michigan loss from the standpoint that despite being thoroughly outplayed for the majority of the first half, the Wolverines (actually, mainly Manny Harris and Stu Douglass) were able to climb back into the game and actually take a four point lead with under 10 minutes to play.  Again it seemed that the shots simply would not fall for DeShawn Sims who ended up just 4-13 from the field for the game, this after a 3-14 performance against Illinois earlier in the week. 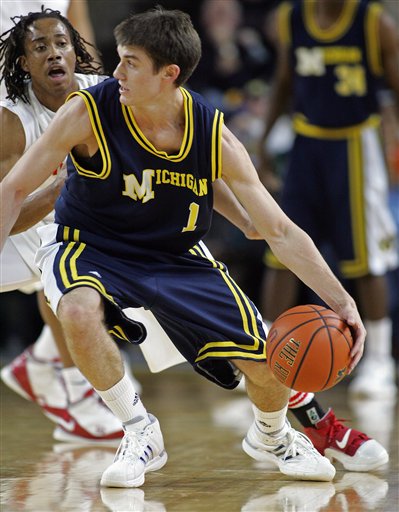 Michigan ended up shooting 35.7% from the field.  Despite that galling statistic, it still does not convey just how woeful the first half performance was.  How bad was it you say?  Truly awful.  The Wolverines managed to hit just 7 of their 26 first half shot attempts, for an eyebrow raising 26.9%.  Three of those seven makes came from behind the three point line, but in all the Maize and Blue managed to only go 3 of 13 from distance in the first stanza.  Somehow, despite all of that missing, rimming out, and general poor play Michigan managed to stagger to the locker room down only four at the break.  If you had watched the first 20 minutes without the benefit of a scoreboard, you would’ve raised an eyebrow upon hearing that the lead was only four.   At the time this seemed to be encouraging, it was hard to fathom the team struggling any more offensively then they already had.  Four points seemed to be the smallest conceivable lead the Buckeyes could have had at that point in the contest.

Part of the trouble was the lack of ball movement, particularly through Sims, on offense.  Ohio State’s defense did a great job of getting out and contesting shots, but Michigan also seemed content to stand in place for much of the first half.  This often resulted in low percentage shots at the end of the shot clock rather than pushing the tempo to create opportunities.

The other, and to this observer, much more alarming theme of this basketball game was the fact that Michigan had absolutely no answer for the Ohio State big men Mullens and Lauderdale, who both combined to go 9-12 from the field for the game.  Combine that with the way the Buckeyes locked down Sims, and this game was an uphill battle from the beginning. 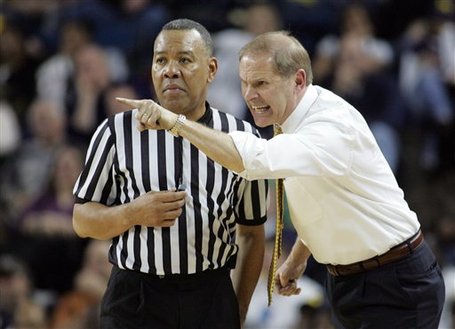 Again, despite all of the struggles, Manny Harris and Stu Douglass put the offense on their shoulders and brought the Maize n Blue all the way back and into the lead with fewer than 10 minutes to go in the second half.  Then, just as quickly as Michigan had seemingly turned the corner in this game, it all fell apart.  The closing stretch run saw a 44-40 lead with just under 8 minutes to play evaporate in the face of a 17-3 Buckeye run that all but sealed the outcome over the next seven minutes.  Some late desperation 3’s made the scoreboard a little more respectable, but the game was all but over at that point.

Michigan’s shooting certainly was ice cold for the majority of the game, and there are going to be contests where that happens, but there are several  things that concern me about these past two contests.   One is that DeShawn Sims has gone up against some bigger individual competition this past week and been completely shut down offensively.  On the other end of the court, Michigan’s defense has been getting torn to pieces down low by these aforementioned big men.  While I have little doubt that the shots will eventually start to fall again, the big question now is whether or not Coach Beilein and the team can manage to lock down the interior defense and find a way to create some more of the fast break, back-cut type of opportunities that we were so good at finding earlier in the year.  The offense without a threat inside has been stagnant and forced these past two contests, one way or another, they're going to have to find a way to get it going again.

Tune in Tuesday night at 9p on the Big Ten Network to find out if Michigan can take a step back in the right direction as the Wolverines travel to State College, PA to take on Penn State.