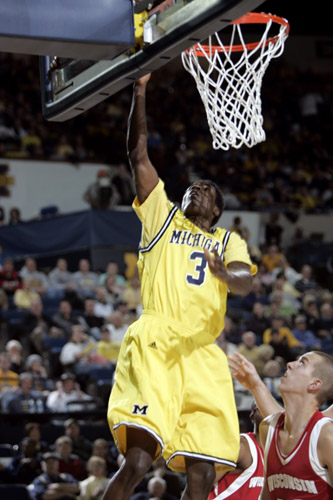 The transformation of Michigan under Beilein from bottom feeder to a legitimate NCAA bubble team in just one year has been downright staggering. But, as Beilein will be the first to tell you, the transformation isn't complete. The team still lacks a legitimate big man to fit Beilein's offense. The point guard position, while not critical to the offense, is still somewhat up for grabs. There are still way too many forced, bad three pointers. Even so, this is a good basketball team that appears just as capable of shutting down one end of the court as it is lighting up the other.

Tonight Michigan faces its first road test of the Big Ten season when they travel to Assembly Hall to play Indiana at 6:30 Eastern Time. As UMHoops.com points out, Michigan hasn't won there since 1995, so this is a great time to pick up a road win a exorcise whatever demons have plagued the Wolverines in Bloomington.

The reason its such a great opportunity is because, well, Indiana is terrible this year. If you're looking for a traditional power to kick while it's down, Indiana's your team. The Hoosiers currently rate 226 in KenPom's rankings, and have one of the worst turnover ratios in all of college basketball. As a result, Indiana sports an anemic offense averaging just 61.8 points a game, a league low 43% field goal percentage, and a league high 19 turnovers a game. On defense things are just as bad. Indiana gives up nearly 70 a game and allow opponents to shoot at a nearly 47% clip.

This isn't to say tonight isn't a dangerous game. One of the few things Indiana does well is limit three point shooting. The Hoosiers have allowed just 221 three point attempts this season. Part of the reason for that is the Hoosiers are slowing the game down as much as possible. Teams aren't pounding Indiana inside as such low 3 point numbers would indicate. In fact, the Hoosiers are near the bottom of the league in opponent's field goal attempts as well.

What it comes down to is Indiana isn't a particularly talented team right now. If you're looking for an analogy, look at Michigan football. Indiana's going through a purge and transition and will come out stronger for it. But man, oh man, is this year going to suck. Starting four freshman that aren't McDonald's All Americans tends to do that.

Indiana is led by Jr. Devon Dumes (G) and Fr. big name Tom Pritchard (F), who are both averaging more than 12 a game. At this point, Indiana doesn't have a game breaker and relies on a pressure defense to cause turnovers and fast break points. Oddly, there are eight players averaging close to or more than 20 minutes a game, so expect to see a lot of bodies on the court tonight for the Hoosiers.

For Michigan, it seems everyone is fairly healthy. The ankle injury that's been bugging DeShawn Sims is apparently healed and Novak's gash over his left eye, aside from the stiches, is just a bruise. That same Detroit News article echoes a Free Press article on Zack Novak's summers at Assembly Hall for basketball camps. Zach Gibson's dunkeration is apparently helping him get his groove on. Laval Lucas-Perry is apparently just like Illinois Football, he's gettin' better all the time. 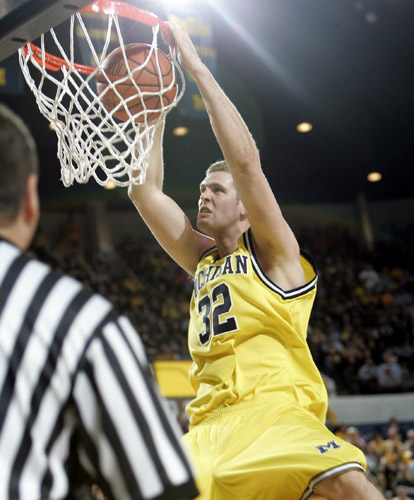