Michigan Indiana Post Game wrap up around lunch. I'm still digesting whatever the hell that was. But needless to say, it was a win. Woo. The fact Michigan trailed Indiana by 20 in the second half? not so good. - MnB Dave

The College Football Season comes to an end tonight as two Heisman winners square off in Dolphins' Stadium. One of those Heisman winners will be the son of Chuck Norris, Tim Tebow. Face it folks, even though Tebow spends his free time preaching to the incarcerated, curing cancer (we assume), trimming the foreskin of the impovrished, and keeping the planets properly aligned by toting the earth around the sun to keep it in its proper orbit; on the field he's not nearly so generous. On the field he dominates. Just ask him. He'll tell you over and over again.

ESPN: Tim, when you get up in the morning, what motivates you?

ESPN: What do you usually have for breakfast?

Tebow: Domination flakes and a bagel. With domination cheese, of course.

ESPN: When you're out on the field, you've got a crazy ass look in your eyes. What the hell?

Tebow: That's my "Dominate" look. To dominate you must look like you dominate, so I dominate.

In honor of Tebow's sheer awesomeness, we give you the Tebow National Championship Drinking Game! 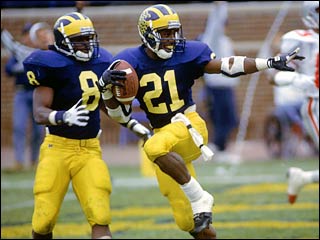 The only true Heisman pose. via www.freewebs.com

(Disclaimer: Playing the Tebow drinking game may will result in death. So don't do it. Ever. Not even in jest. The content above this disclaimer is a joke, not a suggestion. If you're dumb enough to do it, just pray Tebow is nearby. Only he can save you. Him or a local hospital with a stomach pump.) 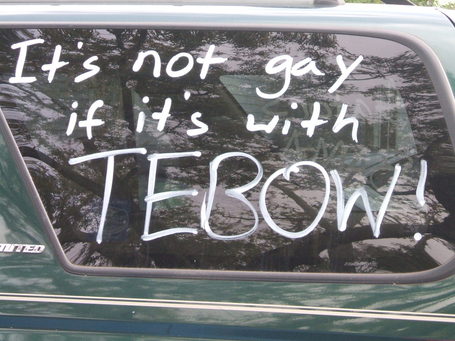