I Say Let Them Drink Kool-Aid

Share All sharing options for: I Say Let Them Drink Kool-Aid

So, yeah, this has kind of been a week of kool-aid here at MnB with the jedi-mind-trick defense that really isn't as bad as your eyeballs, the scoreboard, and the yards allowed might lead you to believe.  I feel slightly vindicated on this claim after the defensive UFR (a useful tool, but not the be-it-end-all) came out at Mgo and basically showed the same thing.  Even Brian - not exactly known for wildly off-base optimism - is at least sipping some of the drank:

Bizarrely, I have some hope yet for this thing to be mediocre once Michigan gets a better idea of what it's doing. The improved slanting is one step in the right direction and an indication that the defense is getting less confused as the season goes along. Like last year's offense, the youth and uncertainty of the group means they should improve more than the average unit as we go along; they could be functional against not great offenses. By my count, that's the entire league.

What did I just say? God help me.

Right.  So the defense is a liability, but maybe not as big of one as we might think. But what about the offense?  It stalled for a good portion against Indiana, leading to nearly all the Michigan fans I know (and some hopeful ND fans) to say "holy crap, we're stalling against Indiana?"  To this, I offer a hearty NSFMF.  Lee? 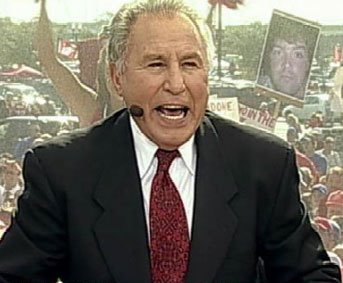 Not So Fast My Friend!

More NSFMF after the jump....

Thanks.  Indiana, unfortunately, is suffering from the perception of being...well...Indiana.  That defense is ranked 4th in the Big Ten in scoring (even after yielding 36 to UM), 4th in the Big Ten in total defense, 2nd(!) in rushing defense, and (admittedly) 7th in passing defense.  It reminds me of these resume-zealot pollsters who only judge a team by what happens between the sticks.  Well, so far this year, Indiana - defensively - is not playing like Indiana historically.  They're actually good.  And if you're saying "well duh, they haven't played anyone" I believe that holds true for every other team in the league at this juncture as well.  Indiana's scoring defense is actually the exact same as Notre Dame's, and their rushing defense (IU's best stat) is ranked 20th in the nation, compared to Notre Dame's 57th.

So we rolled up 372 total yards, with 149 of those coming on the ground against the best defense we've played all season, and a more than respectable defense in conference and nationally (in some regards).  And look at what stalled a good portion of the drives: bad snaps, illegal formation penalties - ie not stuff caused by IU's defense.  Sure, we just squeeked by Indiana, but offensively we had a pretty good day.  What's more, we had a good enough offensive day to offset what was, statistics wise, a poor showing by the defense.  And that's what it's all about.  You can have a defense like ours, and still win ball games provided your offense scores a ton of points.  And guess what - this offense just scored a ton of points against one of the better defenses in the league.  What does that mean for Michigan State?  Probably not good things, if you're a Spartan fan.

Despite the defense's inefficiencies, in scoring differential (Points allowed vs. Points for) Michigan is +59, tied with Penn State and behind Ohio State, who is +69.  If the defense maintains its performance to date, and the offense does as well, Michigan is going to win a lot more games than they lose, including this weekend against Michigan State.  It's amazing what averaging 37.5 PPG can do to mask a questionable defense.  Expect a shootout this weekend.  And beyond that, this offense shoud put Michigan in contention to win every single game no matter what shortcomings the defense may have.  Like Brian, I can't believe I just said that.