More Than You Ever Cared To Know About Hornets

Share All sharing options for: More Than You Ever Cared To Know About Hornets

Dolichovespula maculata is more commonly known as the Bald Faced Hornet... but it is in fact not a true hornet.  Of course, I probably didn't need to tell you that, because I think we all know that it can be distinguished from other true hornets by the lack of white markings on its first three gastral terga.  Duh.

So what of the true hornets then?  Ask and you shall receive dear reader.  Vespa crabro L, better known as the European Hornet is technically the only hornet in North America.  The Penn State Department of Entomology page, a literal treasure trove of insect miscellany, warns that the European hornet is a large and aggressive yellow jacket, and that homeowners should be cautious when attempting to control their nests.  Duly noted indeed.  These beasts can reach sizes of up to 1 and 1/2 inches in length.  Interestingly, the European Hornet does not usually build nests in free hanging or in open unprotected areas, rather it chooses to make its fortresses of evil in cavity openings of trees or other areas.  The sting of the European hornet is said to be very painful and may cause allergic reactions in sensitive individuals. One study has shown that allergic individuals are at three times greater risk of having a dangerous allergic reaction from a European hornet sting than from a honey bee or yellow jacket sting.  Anaphylactic shock is no laughing matter friends.

Not wanting to fall behind in the European Hornet Fact Providing race, North Carolina State offers up the following:

Unlike most other stinging insects, European hornets also fly at night. They may be attracted to lighted windows in homes and may beat into the glass with quite a lot of force causing some people to panic, thinking they are trying to break the glass to attack them. This, of course, is not true. Hornet workers are sometimes noticed collecting from the oozing sap of trees. They have been reported to girdle twigs of numerous trees such as dogwood, birch, rhododendron and fruit trees, probably more for the sap than for the wood fiber. They can also be a minor pest to beehives by preying on worker honey bees.

Well thank goodness they put that whole "they can break through glass!!!!!" meme to rest, we can all sleep easier now.  Of course, who knows, maybe hornets are like Velociraptors... clever girl.  Speaking of clever girls, the Queen hornets are the ones who actually hibernate through the winter and emerge the following spring and begin constructing a new nest.  They do not reuse the nest that was built the year prior for reasons far too complex for our feeble brains to comprehend.  Once the queen has produced enough workers to relieve her of her nest building duty, she camps out in her castle and produces more offspring.  The workers, all of which are females, forage for food and feed the young as well as continue to build and defend the nest.  Their diet consists mainly of large insects such grasshoppers, flies, bees, and yellow jackets.  The nest is continually enlarged until Fall arrives when there may be 300-500 (occasionally up to 1,000) workers.

The University of Kentucky Entomology department analyzes our chief adversaries even further:

European hornets come into conflict with man in several ways. Basically, problems arise when the hornet tries to utilize space or resources that humans are using. This is really a competition for resources between man and insect.

The most common problems are as follows:

The first three problems listed result from humans not wanting to share a living area with a stinging insect.

No, I do not want to share my living area with a demon stinging hell-demon insect thanks, and I cannot STAND it when those @#%@#%s strip the bark off of my ornamental plants... wait, what's that Kentucky?

Ornamental plants can be protected from wasp injury by spraying the bark with Sevin(tm). However, relief from both types of problems can be accomplished by only one method - nest destruction. 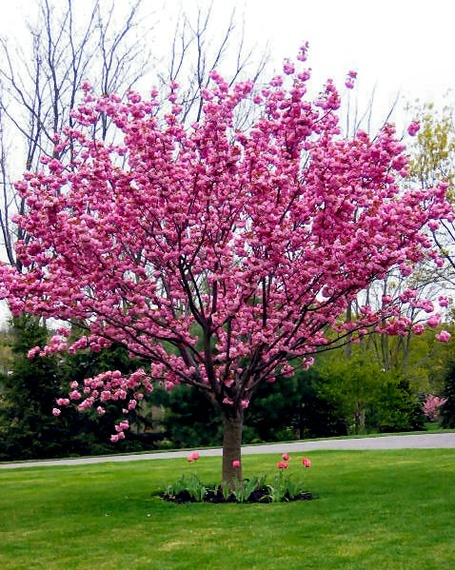 But before we get too excited about the horticultural implications of the previous passage, our Wildcat friends warn us to take heed:

Before anyone tries to control a European hornet problem, they would be wise to stop, think and plan very carefully. Remember, you may be encountering a nest of 400 hornets that can sting repeatedly, will fly at night, have guards at the nest entrance, may have more than one entrance to the nest, and may have nested almost anywhere.

It is best to treat at night with the aid of a flashlight. Prop the light on something and aim it at the nest or nest opening. When you begin to spray, the wasps usually will attack the light rather than the source of the spray. Wear heavy clothing and a bee veil, if available, to protect yourself from any wasps that may not be fooled by the light. 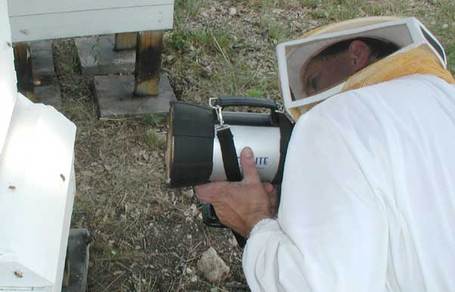