Share All sharing options for: It's Not Plagiarism If You Link to It Is a Parody Except I'm Not Joking

This is the part of this post where I usually say something nice about the blog I'm about to make fun of in an attempt to make sure that all involved don't get their feelings hurt, but in the case of Black Heart Gold Pants, this section would be a complete lie because they really do suck pretty hard.

This is a parody of these posts that are regular features over on that worthless digi-rag of a blog run by those two guys who are perpetually on-the-rag Hawkeye State and Oops Pow Surprise.

"Sometimes, I just sit in there with the heartbeat track over the speakers.  I cry.  I laugh.  I figure out my emotions.  Then I punt from the opposing 35 yard line."

Wishing to return to the womb is a sign for deep-seeded need for security, and with Stanzi at quarterback, Kirk is spending a lot more time in his little visiting-locker room-womb.

About that ranking...Iowa is the recipient of the largest jump in the polls this season after rising up to the #13 spot after their victory at Penn State after being previously unranked.  Why were they unranked?  Because they were two (TWO!) blocked field goals from losing at home to a 1-aa team.  Ladies and gentlemen, your #12 AP team!

"Yeah, he's got all this unicorn stuff up in his locker.  And not the kick-ass kind of unicorns either.  It's like, yeah man, I used to watch that shit too when I was little, but he takes it to a whole other level."

His player signed petition to change the uniforms from the dull black and yellow to every color of the visible spectrum was rejected after review.  The two signatures were Rick Stanzi and McFlufferson Colorsweck, who could not be reached for comment.  Stanzi wanted to clarify, however, that Colorsweck is "totally real" and only comes out at night to soothe away the tears of failure.

Speaking of failure let's take a look at the Iowa offense:

Super-special ineptitude by the always impressively underwhelming Illinois prevents Iowa from being dead last in the conference, so there's some silver lining here.  Besides, those defenses they've played have been awesome.  Except not really.

Oops Pow Surprise re-creates the lemon party* scene with Hawkeye State and crusty stuffed animals on a nightly basis.  This is EXACTLY WHAT OPS AND HAWKEYE STATE LOOK LIKE AND NOT SOMETHING THAT I FOUND UNDER "WORLD'S FATTEST TWINS." 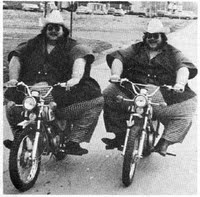 Hey look Iowa's kind of nationally relevent for the first time in years.  It's cute when they get all riled up like that.

What the hell is a "hawkeye" anyways?  Do they literally mean "a hawk's eye?"  Because a noun called a "hawkeye" does not exist otherwise.

And finally, because it's still funny even though it bares no relevance to the current Iowa Hawkeyes: 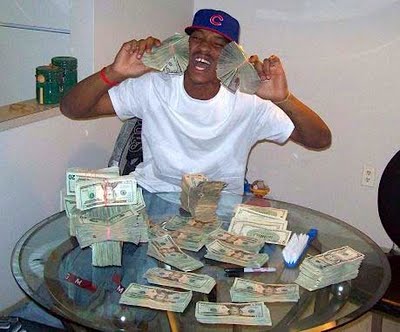