Time has a funny way of doing...things...for a lack of a better word.  It can heal.  It can bury.  It can set on med-high and simmer, covered, for 30 minutes.  It can erase.  It can embrace.  It can fly.  It can also tell a story.  Last fall, I wrote what I consider to be the best post I've ever written.  I called it "Myths and Legends."  In it, I related that a myth, in some definition, is simply a story that has endured.  The legends are the people who play a part.  Michigan vs. Ohio State, in some form, is a myth.  It's an ongoing story told over the past 10 decades, and paid for in sweat by those legends who have added to it.  It has endured.  Time has allowed for this story - the story of a simple game - to grow up; to become not-so-simple.

And it's here, in 2009 (somehow) that we sit down on the eve of the next chapter.  Michigan is a mess.  And yet, for all the things that time can do, the one thing it can't is back-up.  There is no other direction, in life, or in this mythical story of Michigan vs. Ohio State; there is NO DIRECTION other than forward.  Tomorrow, at noon eastern time, the next chapter is written.  After the game, it will go into the past as a part of the myth written by THESE LEGENDS.  Not the legends of past; they've had their shot.  THESE LEGENDS will be the men who run under that banner on Saturday and play with a ferocity that you, or I, or anybody who has never participated in the myth will never know.  These are the legends of 2009.  These young men who get to directly experience something that many pay a good amount of money to simply watch. 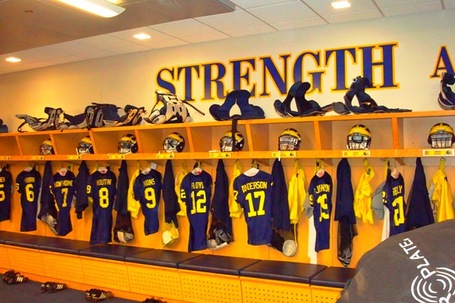 Tomorrow, young men will go to the stadium, like they have every other Saturday, and put on their armor.  It marks the end for some.  It marks the beginning for others. 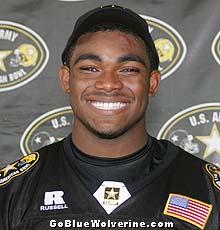 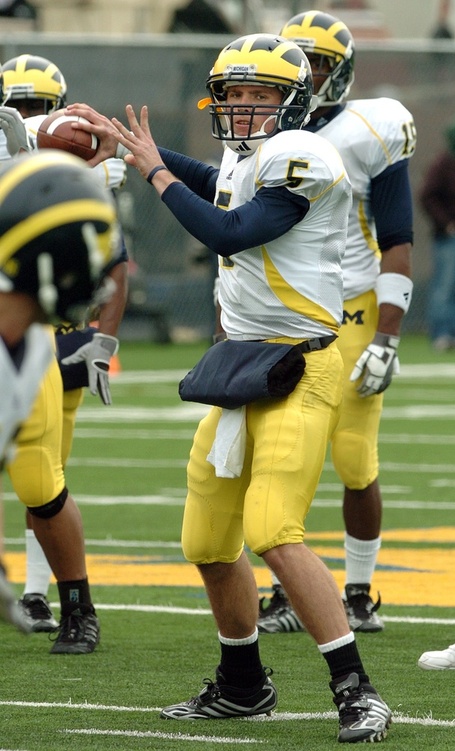 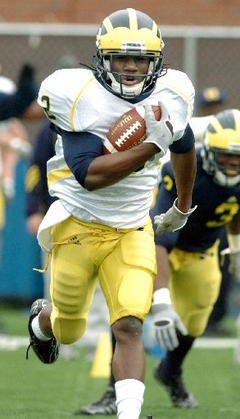 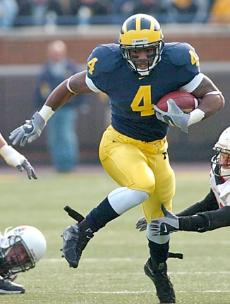 These are your legends.  These are the men with whom I take the field.  It's stupid, I know, to think this way.  Sports are like that.  But when you watch these men, some over the course of 4 years, you feel like you know them a little bit.  And you live and die with that.  This is the end for Brandon Graham, Brandon Minor, Zoltan Mesko, and the one we call Coner.  It's the beginning for Tate Forcier, Vincent Smith, Denard Robinson, and Roy Roundtree.  Nothing changes about this game except that time forces it along it's way, establishing new legends, and new chapters to add to the voluminous history.  This year might be tough, but this is my team, and once again I'm left with the simple conclusion:

You are Ohio State.  And we're going to beat your ass.