Batten Down the Hatches

Share All sharing options for: Batten Down the Hatches

Allow me to don my Maize n Blue colored glasses, throw my jersey on, and grab one big ol' heeping glass of kool-aid before I ask the following question... ok, good to go:

When in God's sweet name is the U of M football program going to catch a break?  Pardon me for thinking it, but we're due.

Yep, I said it.  Why'd you say that, everyone thinks that about their team and nobody wants to hear you say it about yours!  Yeah but I don't care what they think and secondly I cannot name one school over the last two-plus years that has gone through the extended stomach punch that best describes Michigan football in late '06, '07 and '08.  Well that's true, it's been a bit of a rough ride, but seriously, why are you saying that?  By a rough ride you really mean that it's been... well, like this: 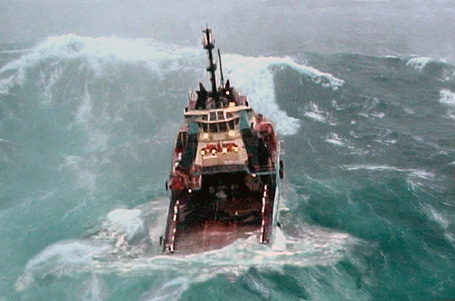 The Threet transfer is simply the latest (and by no means the largest) of waves that have battered the intrepid HMS Wolverine since we were merely one day away from the most colossal of colossal matchups in 2006.  Since then, well, what can you say?  It's been rough going most of the way.  The list is long and depressing so I will spare you (and me) the unnecessary stroll down memory lane.  Unfortunately, we're at that portion of the year where memories are about all the hungry football fan has to look forward to.

With recruiting hoopla now on the back burner, the fallout of the latest departure being dissected in every possible way, and nothing but mere idle time to pass the days before spring practice, we now find ourselves dead in the middle of the most dreaded portion of our offseason journey.  You know that time, and you feel the same chill travel down the back of your neck each time you think about it.  Many a perilous obstacle stands between now and "Band take the field".  What sort of obstacles you ask?  Well...

Predictions: It's February, which is damn near August!  It's completely reasonable to break down the schedule that lies ahead based upon last year's results, teams, starting lineups, and locations... isn't it?  Right? Right??

Now, I can't get on my high horse here without first giving myself five demerits for last year's attempt at being an oracle.  Many a fan (including yours truly) explained away clear deficiencies in experience and known-talent with the "Hey, we've recruited well fellas... I know we're only returning one legitimate offensive-starter, but I think that 8-4 to 9-3 is entirely reasonable.  Oh, don't forget, this defense is going to be AWESOME!"  (cue hand to face)  Videos segments of practice are unveiled and you fall into that trap again: "Hey, that was a pretty tight spiral there!  I think we're going to be ok... and remember that DEFENSE is going to keep us in games!!!" Shudder.  One would think that the dark realities of experience would stem the tide of such wanton enthusiasm, but just yesterday I found myself thinking those thoughts that every college football fan has during this time of the year... if we just ____, if _____ steps up....

The subplot here is the incessant bickering that transpires between your local optimist and pessimist, whether it be in your family, group of friends, on a message board, or between blogs.  One champions fandom at its most blindly innocent, if not unrealistic, stage.  The other wears the badge of OBJECTIVITY proudly and polices their territory with the utmost vigilance to stamp out kool-aid drinkers, hopers, and dreamers at every turn.  Both have nasty habits of defining what a "TRUE FAN HARUMPH HARUMPH" is and applying that definition frequently and wildly to any and all who question their view of the upcoming season, recent coaching hire, position change, or even play call.  If there is a more classic example of a fan base that in-fights like this annually than the Maize and Blue variety, I have yet to see it.  It's tiring, there's a time for objectivity, and there's a time for unbridled support... if only there were some sort of signal that we could use to clue everyone in as to when to flip that switch... Key Play!!!!

Meaningless workout/practice reports - All-time favorites from last year include the firestorm that surrounded Terrance Robinson trucking a DB in a practice drill, Will Johnson's feats-of-incredible-strength, and of course, breakdowns of who is leading for what position.  Followed closely by speculation about people who haven't so much as set foot on campus yet: FEAGIN WILL START!  I know we're all looking forward to the 17 variations of the 2009 two-deep on each side of the ball that awaits us once spring practice gets underway.  Along with random coach comments that will be twisted by various fans to take "Tate is learning the system and progressing nicely" and turn it into "Tate is Chad Henne re-incarnate, except he can run, and throw the ball HARDER"

Media coverage of your team - The media (and portions of the fanbase) has nearly universally skewered, screwed, trounced upon in a completely biased manner, er criticized Rich Rodriguez in an indefatigable manner since his arrival (cue picture of HMS Indefatigable... back when ships' names had meaning and such...) 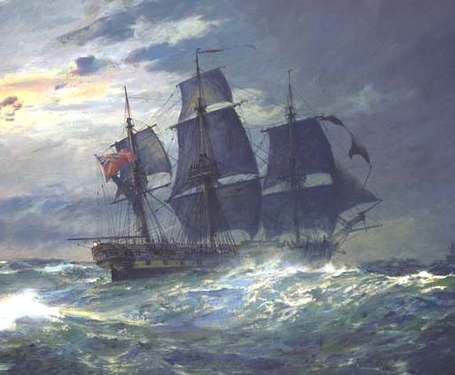 The Toledo Blade article is simply the most recent in a long line of hit-jobs and diatribes that grate against the nerves of rational fans everywhere and ring like words from on high to rivals and doubters.  Level criticism is one thing, what has happened is something entirely different.  Let's set the over under on negative Rodriguez articles for the rest of the offseason at 25... anyone in their right mind going to take the under?  Mmhmmm.

And of course, the three sirens of our little offseason journey are played by....

Rumors?  "Pssssssssst, you know the only truly experienced guy you have at the QB position?" Yeah?  "He's heading out of town".  What?!  No way that doesn't even make sense, he's the defacto opening game starter right now!  I'll believe that when I see it.  The only thing that's worse than the rumors is when those rumors become true... !@#%  Let's move on (sigh). 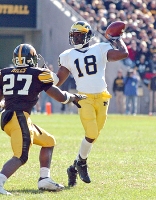 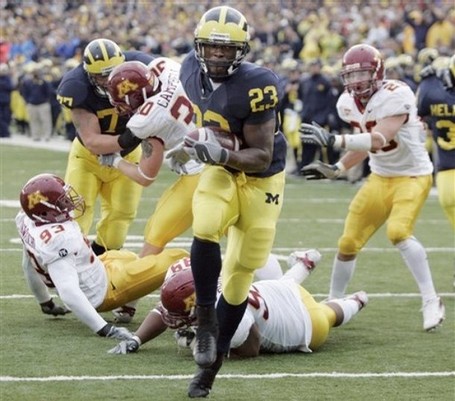 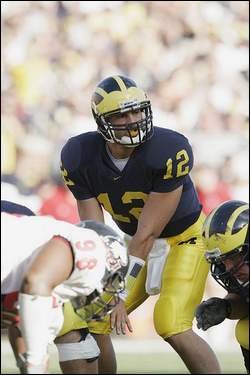 That leaves us with run-in's with the law.  Really,  what's better than waking up on a random morning, rubbing your eyes, preparing your morning beverage of choice, navigating over to your usual hub of college football info and BAM.... 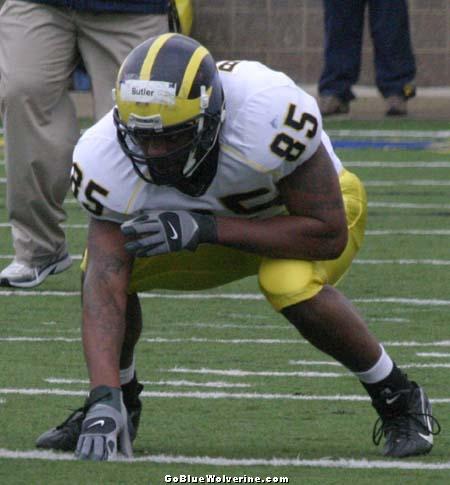 One of your players (or an entire starting unit if you're of the Nittany Lion persuasion) has decided that it'd be a great idea to do a little of this, maybe try a little of that, oh and beat the ever-loving-hell out of that random dude over there...  perfect.  Completely understandable really, the legendary Joe Walsh once said "It's hard to leave when you can't find the door..."

So with all of that said, here we stand soaked to the bone peering forth into the choppy horizon wondering what lies ahead.  There are brighter days ahead friends, I can't tell you when, but they are out there.  But if it's all the same to you, let's get to April 11th as quickly as we can shall we? 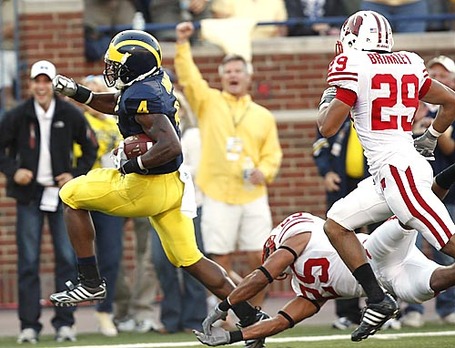