Michigan is in the Tournament. And so is more than half the Big Ten. Michigan State, Minnesota, Michigan, Purdue, Wisconsin, Illinois, and Ohio State are all dancing this year. What's even more impressive is that nine of eleven Big Ten schools are in post season play when you count in Penn State and Northwestern's NIT invites. That leaves two words to be said:

To tip off Tournament Week the right way, our homies over at Hammer and Rails, SBN's outstanding and freshly minted Purdue blog, have posed a Tournament Blog Roundtable. My thanks and congrats to TMill for the Rountable and to his Boilermakers for raising another Big Ten Tournament Banner with a win over Ohio State. Here's hoping for a deep run for the Boilers and Wolverines over then next few weeks.

Now on to the Questions:

1. For those in the tournament, what was your signature win that made sure you were dancing? For those out, what was that one loss that prevented you from going?


One signature win? Michigan had a couple. But there were a trio of wins that put Michigan in the tournament. The first was the November 20, 2008 win over then No. 4 UCLA. That win gave Michigan hope. Hope that this team could do something special. The second was the December 6, 2008 win over then No. 4 Duke. That win gave Michigan credibility. Finally, after a mini-slump, Michigan's final win at Minnesota sealed the deal. That showed Michigan could win on the road. If there's one thing the selection committee made clear this year, your whole season determines your invite. So along those lines, I've gotta point to Three Key Wins that locked Michigan's first bid in more than a decade. 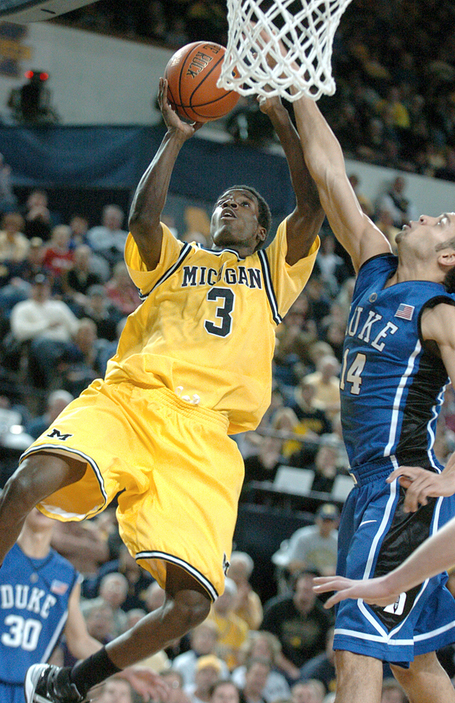 2. The conference jumped from four bids to seven this year, and it could have been nine with the right breaks. What is the biggest factor in this jump?


Coaching. People can babble on about the ACC or the Big East, but the best coaching in the country can be found in the Big Ten. How in God's name is Northwestern even in the conversation? Coaching. How is Penn State a breath away from an invite? Coaching. Go from the top of the standings down, you're going to find outstanding coaches at every rung on the ladder. Hell, I'm more afraid of the coaches at the bottom of the pile than I am of some of the coaches in the middle! Tom Crean is an amazing coach who, mark my words, will bring Indiana back to prominence. And at Iowa, I actively campaigned for Licklieter at Michigan. Izzo, Smith, Ryan, Webber, Beilein, Painter, etc... This conference got better because the coaching got better.

Anyone else have an explanation for Michigan's turn around?

3. Talk about your first round opponent for a moment. What advantages/disadvantages do you see in facing them (Penn State and Northwestern fans may talk NIT here).


At first glance, this looks like it's going to be one of the better first round matchups in the tournament. Clemson started hot going 16-0, before cooling off to a 7-8 finish (1-4 to close the season!). You wouldn't know that this team only lost 8 games this year if you read their sports blogs. But this is a talented team. three scorers in double figures, two really good guards, and Trevor Booker, a forward/center who is a DeShawn Sims clone and a monster on the boards.  Clemson could be a good match up for Michigan because they don't have a traditional (big man) center. Michigan struggled against teams with 7 footers. Clemson doesn't have that luxury, at least not in their starting lineup. I need to do a little more research, but at first glance this is going to be a "cut and shoot" kind of game that's going to be very exciting to watch.

4. What are your realistic postseason expectations?


With Oklahoma waiting for them in the second round? Going 1-1 in the tournament is more than acceptable. Additionally, Michigan has really, really struggled in back to back games. This is a jump shooting team, and when the legs aren't there, they're chances of winning go down the toilet. I'll happily take a single win, and anything after that is gravy. And frankly, after 11 years out of the tournamet, at this point anything is gravy. 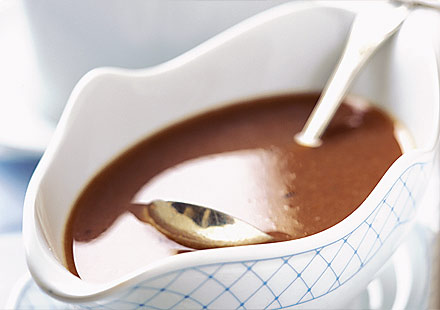 5. How will your team get back to/make the step forward to the NCAA Tournament next year? this is officially known as the Iowa and Indiana question.

Michigan's road back is going to be a little harder than people think. With Sims and Harris returning, Lucas-Perry having another year under his belt, and the hontastic trio of Novak-Douglass-Gibson all back, Michigan will be able to score and play a little defense. The glaring weakness is going to be one-on-one defense and crunch time ball handling. CJ Lee's graduation along with Merritt's, will hurt this team early in 2009-2010. They provided a steady leadership that hasn't quite been replaced by Harris or Sims.  However, easing the loss, Michigan will have two new big men (Ben Cronin and Eric Puls [who hopefully will add a little weight to his 6'11 125 pound frame]) to ease some of the defensive burden on Sims. They'll also have a bona-fide sniper coming in Matt Vogrich. Michigan's season next year will come down to guard play. Will Kelvin Grady finally be ready to be the point man for this offense? If he can, Michigan could have a sweet 16 kind of team. If not, next year could be one-and-done (in the 2010 NCAAs - Ed.).