Clemson: Not so Many Numbers

Share All sharing options for: Clemson: Not so Many Numbers 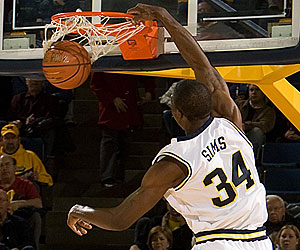 Ah, it begins.  One of my absolute favorite times to be a sports fan.  I'm watching Butler play LSU, got the other games running on the laptop.  Life's good.

Michigan plays tonight, which is pretty sweet.  First time in 10 years that we've heard NCAA, blahde blahde blahde.  Let's get to the game, shall we?

The first thing that you notice when looking at Clemson is that damned full court press that they run on almost every possession.  The  next thing you notice is "holy crap it works."  Clemson on the season forces a turnover on nearly 25% of their opposition's possessions, which is scary for a team like Michigan who definitely can't afford to give Clemson easy transition points.  The answer for anybody who's watched Michigan this year is "Grady!" but he's proven to be a defensive liability, and probably won't get the start.  However, should that press become a huge problem for Lee/Merritt, I would expect Grady to get some serious minutes.

The flip side of a tenacious press is easy 2 pointers once it's broken, and poor rebounding.  Clemson allows for both, which like, good.  Rebounding has been somewhat of an issue for Michigan, so it's nice to be going up against a team for whom it's also a problem.  Should Michigan start to break that press with consistency, I expect there to be some easy transition points.

Also boding well for Michigan is Clemson's lack of a true giant in the middle.  Trevor Booker averages around 15 points/game, and will be their primary target inside.  I don't think he's the biggest threat, however, as Sims matches up well and barring foul trouble should be able to at least frustrate him enough to limit his impact.  I'm more worried about Oglesby shooting from range.  If he gets hot and starts shooting over the zone, it could be a long day. 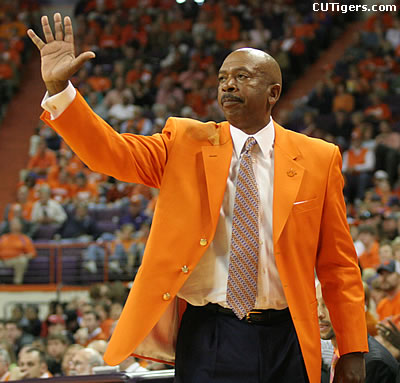 Speaking of the zone, it seems to be Michigan's primary weapon in this game.  Clemson has had very limited time to prepare for the 1-3-1, and aren't very good at keeping the ball anyways, turning it over on 21% of their possessions.  Without a true big man to plow inside, Clemson is going to really have to rely on dribble drives and outside shooting.  Defending the perimeter is paramount.

For Michigan offensively, it's the same story.  Gotta get Sims involved early, gotta have Manny penetrating and dishing, gotta have somebody hit some outside shots.  The only difference here is that full court press.  Break it, and we should get some easy buckets.  Get killed by it, and well, it's back to Ann Arbor.

There has been much said about Beilein's tournament success compared to Purnell's lack thereof.  While I don't hold this as a something that is too important, it is certainly worth mentioning.  Beilein, whether in the NCAA or the NIT, wins a lot.  Purnell, on the other hand, has never won a tournament game in 5 tries.  He's figured out a way to lose whether he's favored or not, which could be good, because the numbers say that, uh, we're decidedly not favored.

Keys to the game