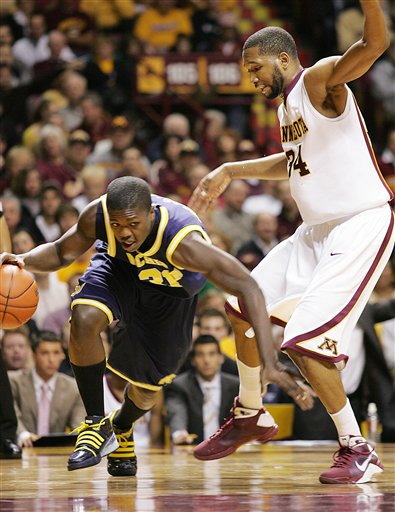 About halfway through the liveblog during Michigan's victory against Minnesota this weekend, a Minnesota commenter asked "How happy have Michigan fans been with LLP?"  Commenter Jeepnut replied "We're happy with his potential," which was really all that could be said of the Arizona transfer.  The responses from the other fans mirrored the sentiment.  LLP had been, to the casual observer, in a shooting slump that had him clanging 3's every time Michigan needed a big one.

Nobody thought Michigan had a prayer down 12 with 13 minutes to go.  Minnesota's defense had frustrated the Wolverines all afternoon, and with shots clanging off the rim or, in one specific case missing everything completely, it didn't look good for a comeback.  After an entire season of riding the bubble, countless fans, including myself, began plotting just how we were going to win the Big Ten Tournament.  Michigan had come too far for a 1 seed in the NIT.  We'd done too much, dissected stats too much, beat two and half giants, just TOO MUCH to not get into the NCAA's, and yes, I'm using "we" because dammit, I feel for this team just about as much as any team I've watched, so yes, it's a "we" effort now despite my lack of playing time.

In my preview of this game, I wrote:

...in some way, shape, or form, they [Michigan] are going to have to be a better team than what their statistics bear out in order to win on Saturday, which I suppose is the exact situation that any team as firmly "on the bubble" as Michigan is should find themselves in.

This did come to pass.  Michigan shot 40.9% from behind the arc (8 points better than average), and Michigan forced 17 turnovers (3 more than average).  Michigan, as a team, played better than their statistics said they would.  But the source of inspiration wasn't Harris, Sims, Novak, or Douglass.  The individual player responsible for the team playing statistically better basketball was Laval Lucas-Perry, who took the "Michigan is going to have to be a better team than they are" mantra to heart.

This is a snap-shot of LLP's season prior to the Minnesota game.  Leading up to this game, Perry had averaged just under 7 points per game in 19 minutes.  For a kid who was heralded as a complimentary scorer next to Manny, 7 points/game is underwhelming.

Above is LLP's line for Minnesota.  On Saturday at a weird gym with a raised court and the ugliest band you can imagine, LLP decided it was time to start scoring again.  Down 12 with 13 to play, LLP launched a 3 that went through the hoop with that noise that  makes it sound like the net's about to catch fire, straight out of NBA Jam or something.  T 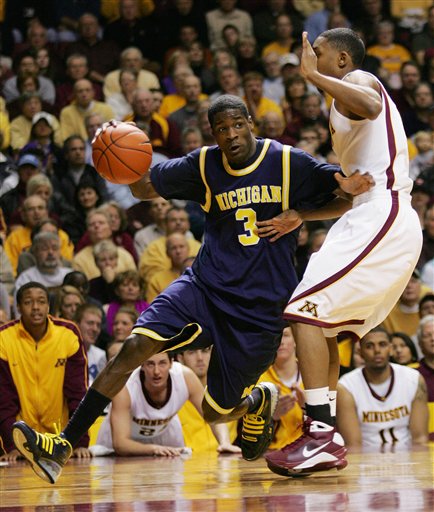 he whole game, we had all been saying "uh-oh you don't want [Player-X] getting hot."  With LLP though, everyone just kind of took it in stride.  The kid hit a 3.  I guess he was bound to eventually.  Then he came down, caught a pass, and launched another that ripped the net.  LLP was heating up.  After a nifty defensive effort, LLP came down the court again, spotted up, and drained his 3rd three in a row.  Michigan, all of the sudden, was down 2.  He finished his night with a few neat drives, and was 4-4 from the line to round out the game you see above.  In 21 Minutes, LLP had straight up willed the team to be better.  A player seemingly destined to be a "we're excited about his potential" guy just went to "tournament savior."

Barring a Big Ten Tournament disaster combined with some truly freaky bubble-surprises, Michigan will be dancing for the first time in 10 years.  The resurrection that began in Madison Square Garden in November is now complete.  We may not win a tournament game, but we're there, and after a 10 year drought, and all the bullshit, well, I guess it's just nice to see.