UPDATE TO THE UPDATE:  This is the last time I'm clicking "edit" on this thing.  It may or may not be some sort of elaborate April Fools joke on April 15th.  Judge its validity at your own peril.  April Fools sucks anyways, and it sucks ever harder if/when it's done 15 DAYS AFTER THE FUCKING FACT.

Ok, when I first read the former Duke point guard Greg Paulus was visiting Michigan to discuss playing quarterback, I went "nope" and walked away metaphorically from the internet.  Then I read it on ESPN.com which is at least confirmation that he stopped by Michigan.  From the original Fox Sports Article:

According to sources close to the situation, the former Duke point guard was in Ann Arbor on Tuesday meeting with Michigan football coach Rich Rodriguez about the possibility of playing this season for the Wolverines.

And here is where this picture goes: 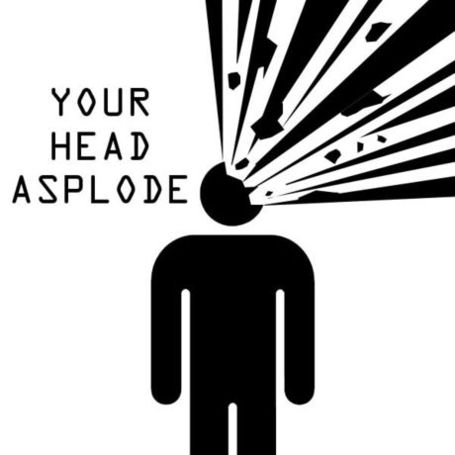 Here's what we know, and what everyone's known about Greg Paulus if they've ever watched a Duke game.

I will be shocked - SHOCKED I SAY - if Paulus ends up in a Michigan uniform.  Eligibility issues are not something I am an expert on, but assuming that all works out, it would be a stark departure from Michigan's current policy regarding transfers, which is essentially "no."  Of course, this is a different situation than a JUCO with questionable grades, but it's still a very clear "one and done" type deal with little regard to the academic facade that Michigan likes to put up.

If Paulus does come to Michigan, I would expect him to be in a backup roll to Forcier.  He would basically be coming to get the feel of football again before trying some sort of NFL venture.  IMO, there is no way Rodriguez can mortgage the future of the QB position by not starting Forcier this year.  If Forcier is truly the future of that position in Ann Arbor, then he should be getting as many reps as possible this year regardless of how clunky he is.  Plus - do you really think Paulus is going to be that much better after having not thrown a football in 4 years?  I doubt it.

The only way this has legs is if it's in the situation described above.  I suppose Michigan does have  few scholarships left that Rodriguez said "might be filled" at a press conference, but jeez, this just seems way to wild to be true even if it does fall into the "feasible" category.