Players We Love to Watch, Even if They Aren't That Good: Zack Gibson

Share All sharing options for: Players We Love to Watch, Even if They Aren't That Good: Zack Gibson

You know what the difference is between an Teradactyl and Zack Gibson is? Gibson don't need wings to bring the pain. 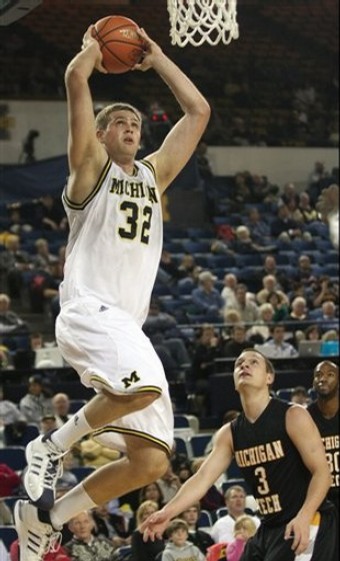 If there's a player that's suited up for the Michigan basketball team in the last twenty years that has brought more unintentional comedy and "holy shit!?" moments than Zack Gibson, we can't think of him. Frankly, if you can think of someone you are both vastly overestimating their whiteness and (largeness/lack of) skills. No. Zack Gibson is the man. Better than that, he is what makes college basketball so damn fun.

It's an unwritten rule here at Maize n Brew that we root heavily for the underdog. Even more than that, we root heavily for the player with some skills but no where near enough skills to become a true playa. He is the role player. The guy that should be playing in the MAC, sparingly. The guy that everyone passed on but showed just enough at the right time to earn a scholarhip. The guy the coaches love and players love but 80% of the fans wonder why he isn't handing out towels.

Zack Gibson may not be quite that guy, but he's close. He's a 6'2" Brooklyn point guard trapped in a lanky, 6'10" Grand Blanc body. He's got some range, but he's no Pitsnogle. He can block a shot, but he's no Mutumbo. He runs well for a big man, which is to say he doesn't leave craters when he runs.

But man, when Gibby sees that rim, shit's going down.

Three of my top ten favorite plays from this past season all involve Gibson. And they all involve him being airborne. Let's face it, when a big gumpy center/forward like Gibson goes up to dunk it's usually nothing to write home about. Generally, your average white guy goes up, getting about two to three inches off the floor, letting his long arms do 90% of work toward the dunk. The ball will just barely clear the rim before slowly falling back to earth, as if ashamed that it took part in this display. Upon touchdown said stiff will turn without looking at the opposing team, put his head down and run back up the court, plodding along and pulling whatever house, barn, or boulder behind them that makes their running style look so damn painful.

Exhibit A: With Michigan up by 2 against Illinois, Gibby found himself alone on Illinois center Mike Tisdale on the left side of the court, just inside the three point arc. Tisdale, apparently not knowing the Gibson can teleport to the rim at will, played White Moses to pass, sealing the interior of the court but giving Honky Magic the baseline. You do not give Zack Gibson the baseline. Because when you do, he will take it, your rim and your girlfriend all in one deft move. With a head nod to buy an extra half an inch of space Gibby sprung toward the baseline with a left handed dribble. In two strides he'd consumed the space between he and the rim, and launched himself in a ferocious attack on metal and twine.

You should know that when Gibby goes up it's no "swipe a credit card underneath" jump. Hell no. There is space bitches, space. You could drive a Caddy on 20's underneath and Gibby wouldn't even graze the roof. In fact he'd hang there in midair, observe your style as you drive underneath, then thunderously hammer down the jam before smoothly floating into your Caddy's back seat dressed like Julius Jones. The man has more hops than German beer. Recognize. 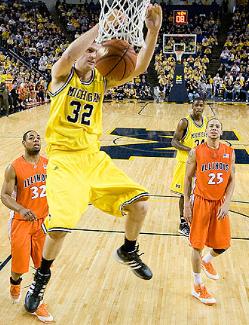 What you saw was a white flash, with style. Gibby's launch was well timed. His extension was excellent. But what makes the dunk is his ability to curl the legs and the body after liftoff. The legs recoil from the force of liftoff, the back arches, the arms extend only to bend slightly at the elbow in a menacing fashion. And then the finish. Contact. Gibson hammers this shit home. But there's no quiet release. Oh no, baby. Zack Daddy's gotta make sweet love to the crowd. Just as his body had swung outward after leaving the teary-eyed ground behind, his body contorts back toward the basket support. Up in your face, crowd. And with a final pull toward the rim, Gibby lets go, as if begrudgingly returning to the ground but coming down soft as a feather, smooth and stylish. Upon touchdown, he looks at the fool that left him uncovered for half a second, snears, then accepts a bump from a teammate with his head held high as he glides up court.

You have seen White Moses.

But to be fair, these exploits are few and far between. Over the season, only three such dramatic moments happened for Honky Magic. A lot of the time Gibby was coming off the bench, averaging just 12 minutes and 4 points a game. He drew the tough assignments, guarding big men he's never really looked comfortable guarding. But every now and then you'd see a flash of brilliance. A move so smooth you'd think he was Billy Dee Williams. Balla style that a guy with a Spock-like haircut shouldn't be able to deliver. Some swagger, some dunkage, some range.

Sometimes Gibby plays passive. Sometimes he looks a bit lost. But sometimes he just consumes his opponents. Grinding their bones and stealing their basketballs. 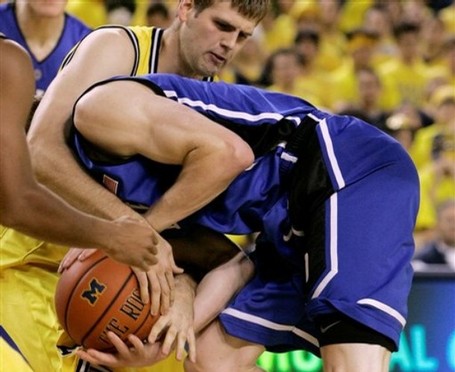