Share All sharing options for: Foto Friday's: Michigan Recruits Make a Block "M" at the Army All American Game

It's no secret, Michigan recruits have no problem finding their way to the All American games or following Maize n Brew on Twitter. As an FYI, Maize n Brew is within striking distance of first place in the Big Ten for Twitter followers, so com'on, click it. Now, on to the Foto Friday, featuring Michigan's Army All American Commits forming the Block M with their arms, and, of course, Will Campbell being Will Campbell. 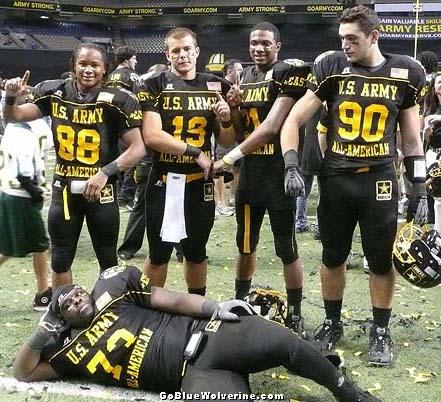