Maize n Brew gives you your daily (or semi-daily) rundown of all the Michigan Football, Michigan Basketball, College Football, and College Basketball news you need to get through the tedium at your boring ass desk job. For good measure we'll throw in a little irreverent information and commentary to help you salt away the time.  Want it in 140 words or less, follow us on Twitter! Here's what's ON TAP: 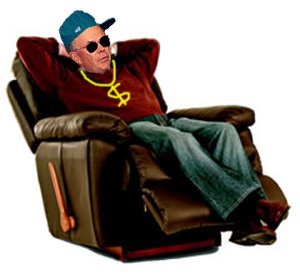 Tim Tebow, Peyton Manning and The Slightest Imperfection - Great write up from Rocky top Talk on Tebow, Manning, and what it means to be at the pinnacle of the College Football Universe.

If you're planning to watch the US Open today (or whenever it clears up), you can follow everything that's going on at Bethpage on Waggle Room, SBNation's Golf Blog. FYI, Waggle Room is one of only THREE blogs granted access to the Open, so follow everything there. you'll be glad you did. Honestly, that's the best golf coverage you'll find on the web.

Smart Football explains the Gus Malzahn/Auburn Tigers run game. Sounds like Rodriguez' system on amphetamines. Also the diagrams might help you catch up a tad on some of the formations Rodriguez will run, even if they are a little different.

Did you know that nearly 75% of the first-place votes cast during the BCS era have been for one of only 5 teams? (a heady hat tip to the good Doctor!)

Wow. That's pretty sad. Especially when you consider Florida has two MNC's in this era!

2009 Recruiting: Denard Robinson - DRob is coming to Michigan, here are the vitals.

More fluff on PA CB Cullen Christian. He's been around Ann Arbor a lot. Here's hoping he commits so people can loosen up about the star ratings and our needs at CB. Even Rivals notes Christian recently spent two days at Michigan. Like I said. He's been around a lot.

U-M, MSU take notice of Detroit-area talent at rising camp - Devin Gardner continues to impress the hell out of people and appears to be the best recruit in the state by a mile. See below.

Michigan commitments Devin Gardner and Ricardo Miller were on hand. So, too, were Michigan State commitments Tony Lippett, Mylan Hicks and William Gholston. The event was dotted with standout moments by numerous players, but none was more consistently dominant than Inkster's Gardner. He has staked his claim as the state's top player with outright dominance in camps and combines throughout the spring and summer. His Sound Mind/Sound Body performance was more of the same.

So far, CFN's completed previews for most of the Big Ten (seven of eleven so far). All of them are worth a read. Just FYI, they are bullish on Penn State's Offensive line and Wide Receivers. Sure, there's talent, but I'm not buying it.

Friday News & Notes | UM Hoops.com
Basketball updates and Dylan being slightly pissed at ND's Mike Brey. I'm a little sick of anyone in a 142 team conference like the Big East taking shots at anyone. It's not like the Big East had a team in the Finals.

Martin says Crisler Arena is next up on University of Michigan's renovation list - Meh. Believe it when I see it. However, the renovations are going to be separate from the practice facility. Thank God. Things look good going forward, but Martin's aware that the gravy train is contingent on Michigan Football getting back on track. Money quote?

"Rich Rodriguez and I said the other day, and I don't mind saying it now, that if we go 3-9 again, we'll both have 'for sale' signs in our yards at this time next year," Martin said.

Scout's looking for the "sleeper" BCS Title team - Penn State and Cal as MNC sleepers? No.

Man, has it been that long? 20 years ago, Barry Switzer got canned. When you think about it, Switzer's OU teams made Miami's 90's Thug look like a convent. That all by itself is one of the most impressive accomplishments since man learned to walk upright. Well, maybe not. But the list of violations is still, to this day, astounding.  SI sums up the infractions.

NYTimes, The Quad Countdown has Temple at No. 74 Temple - The fact that these guys aren't dead last after decades of futility in Philly is a testament to the school, the coaches and the kids that are turning the Owls into a legitimate football team. This is a much bigger story than it's gotten press for. Kudos to the Owls for resurrecting their program.