Maize n Brew's 2009 Guide to Livin, Chapter 37: How to Irritate the Hell out of an SEC Fan

Share All sharing options for: Maize n Brew's 2009 Guide to Livin, Chapter 37: How to Irritate the Hell out of an SEC Fan

Thar be satire and profanity herein, so of those of you with sensitive sensibilities and/or no sense of humor, you may wish to really should forgo this post. The offseason is a long, dark time. So sometimes we like to poke a hornets nest with a very short stick. This is one of those occasions. Again, if you can't take satire, don't read this. This is in jest. - MnB Dave

As discussed in previous chapters, each particular fanbase has its own unique set of genetic hair triggers that will set its members off like old, wet dynamite strapped to a paint mixer. The SEC is no different, though its context is. While a slur involving a mullet and an IROC is guaranteed to get you into a fight in Big East country, in the SEC such conversations are generally considered complimentary. Mullets are appropriate in any social setting and commenting on an IROC implies that their mode of conveyance is not up on blocks in front of their motor home. Which is also up on blocks. You must know and understand these cultural differences between subsets to get under the skin and/or tube top of these fans if you are to irritate them for your own amusement.

Geographically speaking, the SEC and ACC are fairly similar with the notable exception that the SEC goes no further north than South Carolina on its eastern flank and stops just short of Ohio at it's northernmost tip. No Yankees in m'yah. This is indeed a southern conference which SEC fans will tell you, gratefully, has no ties to Texas. This is a southern old money Conference. Or, in a lot of cases, southern no money. Deliverance takes place in the South for a reason.

Speaking of water and rednecks, the SEC is an ocean-going conference. As a result of it's proximity to the Atlantic and Gulf of Mexico, the SEC is home to some of the finest drug experimentation in the collegiate ranks as well as the ever present threat of being eaten alive by bugs or large lizards. It is no coincidence that those two factors come into a news report on a semi-regular basis. Additionally, there is also very real threat of God's hand erupting from the angry seas and sweeping you back into the ocean from whence your ancestors crawled out of. Only Tebow's presence in Florida prevents this from occurring. If he's drafted anywhere but Miami, I've got even money the American Southeast is underwater before his plane reaches cruising altitude.

To the west and north, the SEC pushes into the dark woods of America's underbelly. With the rolling hills, meth labs, and horse farms of Kentucky you truly get a feel for how and why Louis and Clark almost said "fuck it" on a number of occasions. It's dark. It's full of trees. Strange animals. If you walk in the wrong direction, you'll end up in a moonshine distillery. And not the good kind.

This is not to suggest that the SEC is without its charms. To the contrary. Chick-fil-A is a southern staple, in particular an SEC staple. Make fun of it at your peril. It should be know that the author will kill a motherfucker for a crispy chicken sandwich right about now (as Chick-fil-A's push north has been halted in the middlewest) so, if I'm willing to kill for it, you can imagine just how mad SEC fans will get when you disparage the greatest sandwich on earth. You have been warned on that front. 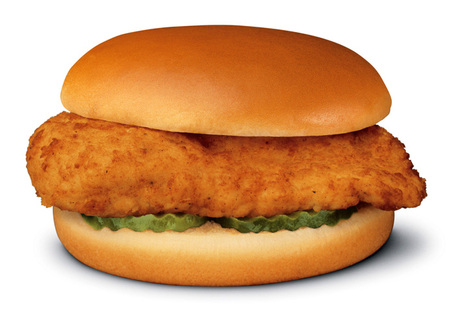 Now that you're acquainted with the geography, let's get down to business. If you're going to mock someone, you have to know something about them. In the SEC there are four basic types of fan:

1) The Educated, Old Southern Family  SEC Fan - Proper. Polite to a fault. Welcoming to a fault. And they hate your Yankee ass. You can walk away thinking "man, they were really nice" and they're thinking "Goddamn carpetbagger. Where's my gun?" These fans are a distinct subset. They are well dressed. Possess etiquette beyond normal tailgating. Educated to a fault, sometimes with multiple degrees from the same SEC school. Oh. And they know football. They will not roll into the SEC RAWKS GO WOO! type of discussion. They will point out, with clarity, the strengths and weaknesses of their team and yours in concise fashion, and do it in a slightly condescending tone of voice. As they are proper people, they're hard to rattle. However, they are insanely proud people. Kind of like Klingons, but without the blood pie and knifings. Honor is paramount. Use this to your advantage. Also, their women tend to be insanely hot with thick, delicious accents. Again, use this to your advantage.

2) The Educated, New South SEC Fan - Family's been in the south a generation or two, but not that long. Parents or grandparents were/are snowbirds that finally said, "four feet of snow in buffalo v. misquotes" and made the logical choice. Unfortunately they didn't factor in the cartel wars, voting machines, or hurricanes before making this decision, but that's their problem. These fans tend to be knowledgeable, somewhat self-deprecatory, and enjoyable to tailgate with. If you're looking to party, they're you're people. It's tough to get under this subset's skin. If you try they'll just agree with you and slowly close the circle until not only are you out of the conversation, but you've wasted time an effort while they're still drinking beer and having fun. One thing that will get to them though, is comparing them to the other subsets of SEC Fan.

3) The Semi-Educated SEC Fan - This is a large subset of the SEC fanbase that over-embraces the SEC mantra. Whether it's out of lack of anything better to do or  in an effort to prove just how southern they are, the SEC is a religion. If you're looking for entertainment THESE are the people you're looking for. They are college graduates, sometimes even from the SEC school they root for, but they're allegiances to said school are somewhat contrived. They drink heavily, sometimes to the point of blackout. Originally wore jorts in an ironic fashion but now consider them a wardrobe staple. Dip stains on the shirt are really just ascents to the vomit stain on their worn khakis. Dirty white baseball caps are proper Sunday church attire. They sun burn easily. Know little about college football outside of the SEC teams. Have a gambling problem. And they like to fight. Ohhhhh baby, do they like to fight. The majority of your fun can be had with this group.

4) The Not-So-Educated SEC Fan - Has no direct or indirect link to the school they cheer for. Enjoys hard liquor. Tobacco in all its forms. Rusty cars. Big women. Believes the South will rise again and has the battle flag to prove it. Family blood lines date back to the original settlements, but not in a good way. [insert your favorite joke about how the family tree is a straight line -ed]. "WOOOOO! Go ______!" is a proper "good morning" in any social setting. Interestingly, Groups 1 and 4 do not like one another. Both groups feel the other is bringing them down in the eyes of the world. Again, use this to your advantage.

* Please note that there will be temperate fans in each of these subsets who will ignore your attempts to provoke them. When meeting said fans, move on. They will challenge your world view and force you to confront the real possibility that you don't know as much as you thought you did. You don't want this. This is about confirming your narrow mindset, not about becoming a better person.

Now that we've met the fans, how do you get them all riled up? Easy! But you must get in the right mindset. Remember, College football is religion. Anyone who disagrees with you is a heretic. And because they're heretics it is our right, no sir, your duty, to go all Spanish Inquisition on their ass. Like the Holy Crusader you are, you must go to theses God forsaken wildernesses and bring the light of your alma mater/favorite team/shirt with cool logo on it to the savages. Be it with the persuasive power of your words or other methods, is up to you, manbeast. This shit is serious.

Education: This is a big one. SEC fans don't like the perception, especially among Yankees, that their educational institutions aren't up to par with other conferences' universities. They loathe it. The SEC fanbase may be many things, but one thing it is not, is stupid. Or so they say...

Culture: A buddy of mine tells a great story about a group of Texans riding the "Tube" in London during rush hour. The "tube" is packed and the Texans are yelling to one another over the din. "Honey. Whar are we goin?" "Harrods!" "Whut?" "Harrods!" "Whut?" "Harrods! You know, the store named after the King who tried to kill Jesus!" If you want to annoy an SEC Fan, you want to be these people. Embrace your cultural ignorance and display it for all to see.

Football Pride: This goes without saying. You want to piss off an SEC fan, go right for the jugular. Their football team.

Congrats. You've done it! Now they're mad, and possibily coming after you. So what next? You should probably make an exit. But, if you find your path blocked by an angry SEC fan (less than a "posse"), here's how to difuse the situation.

1) Walk over to the path blocking, angry SEC fan.
2) Kick him in the nards as hard as possible without warning
3) Run

Any group larger than that, you're on your own. You wanted to stir up trouble, so now reap what you sow. We probably should've pointed out that you needed to have at least three planned escape routes before embarking on this path but, hey, that's your problem now. But if you manage to get away, be sure to buy our new paper back "How to Escape a Posse".