In light of tomorrow's podcast/livestream/orgasmic collision of voice with special guest Mike of Black Shoe Diaries, I thought I'd go ahead and get to Penn State's turn in the barrel in the previews. 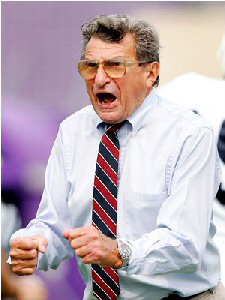 Per Usual, a personal anecdote to start the post.  I married into something of a Penn State family.  My brother in law owns a wig, and has this infuriating device that plays zombie nation when you go to get more toilet paper from the roll.  I have no idea how this is accomplished.   In fact, I have a better idea of the technology that propelled men to the moon a mere 40 years ago than I do the technology that plays zombie nation whilst I poo.  It's almost enough to make me not wipe.  Almost.

Last year, I watched the UM vs. PSU game at my in-laws house while a neighborhood party took place around me.  I, clad in my authentic "20" jersey, and everyone around me clad in whatever white garb they could get their hands on sat in front of the TV in our own little white-out.  The wig was in full force.  I watched as Michigan pounded Penn State to take a shocking shocking shocking first half lead.  I tried to keep emotions tempered.  I knew what was coming.  I knew once Penn State said "oh, I guess they're just going to run right at us" in the locker room at half that it would be over.  I tried.  I didn't.  I fled up stairs to watch the 2nd half.  You tell me that I should be mature enough to put football on hold for a family party.  I tell you that I only get 13 games a year (12 sometimes! that's fun!) that this thing occurs.  I try not to care, indeed I tried not to care at the party.  I can't.  Didn't.  Did.  Whatever.  I came back down for my haranguing like a man who had to leave a nice gathering because a stupid sports team was losing.  Man, indeed.

According to national rankings, the Nittany Lions are either a solidly top-10 team, or flirting with the top-10 in 2009.  After a season that saw Penn State as co-champs of the Big Ten and eventual Rose Bowl whipping boys to USC  (No shame in that.  Not at all), the expectations are understandably high in Happy Valley this year as JoePa returns for his 80th season as head coach.  80th billion.  Did you see what I did there? 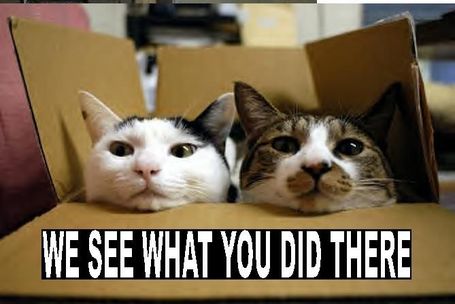 However, Penn State only returns 10 total starters from last year's team; 5 from their fire-breathing offense, and 4 from their defense.

One thing the media will harp on that is off base: 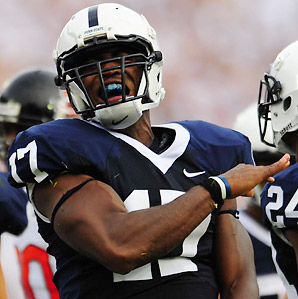 Senior quarterback Daryll Clark is electricity personified.  He's quick, and unfortunately for Penn State's opponents, last year he learned to make plays without improvising.  The only thing more dangerous than a mobile quarterback is a mobile quarterback who has developed his game to the point where he's smart enough to make plays downfield, then make you pay with his legs if necessary.  As you can tell, I am a Daryll Clark fan.  However, this season, he returns exactly none of his primary receivers from last season.  Those receivers, by the way, were three of the top four receivers in Penn State history.  Combine this with the relative inexperience of the offensive line, and the offense that was the 11th ranked scoring offense in the country one year ago could sputter - especially early in the season.  Returning Royster and Clark, the O still has some key figures still in place, but is still a relatively young unit.  Could be problematic.

One thing the media will completely ignore that is integral to this team's success:

In much the same vein, play along the lines - both offensive and defensive - is what will determine the success of this team.  Junior Guard Steve Wisniewski and Senior Tackle Dennis Landolt are the lone returning starters on the offensive line, which isn't quite 2008 Michiganesque, but is close.  Protecting Clark's blind side - to the best of my knowledge - will be Sophomore DeOn'tae Pannell, a 4-star converted defensive lineman from Michigan with offers from most of the Big Ten including one from the Wolverines.  He's probably good.  As a Sophomore playing Left Tackle, he's also probably a bit raw for Penn State fans to be too comfortable.  Brandon Graham loves him some raw.

Defensively, Penn State does return the two tackles, Jarek Odrick - a 6'5" 300+lbs. space eater - and Ollie Ogbu, a slightly shorter but still 300 lbs. monster.  Sophomores Jack Crawford and Kevion Latham make up the bookends.  Both were middling 3-stars with ok-not-great offers.  Odrick and Ogbu - an awesome name pairing aesthetically - are going to have to be brick-wall types to make up for general lack of experience on the ends.  My bet is that they will be eating double teams, and probably allowing Latham and Crawford to mess things up in the backfield occasionally.  However, there will be plenty of times when Latham and Crawford are eatan alive.  Such is life with inexperienced defensive ends. 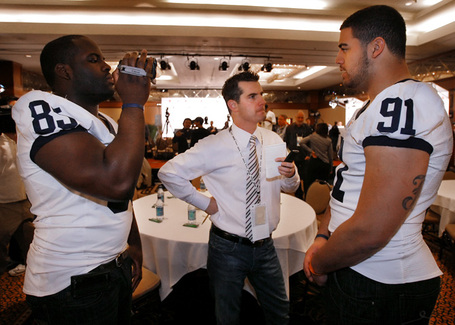 Most important contributors on each side of the ball:

Far be it from me to take away from Clark, but I love Evan Royster.  The man just doesn't give a damn about what you're doing defensively - he's going to truck you.  I like that kind of back.  If Clark is going to be successful at all through the air, it's because Royster has put 8 in the box. 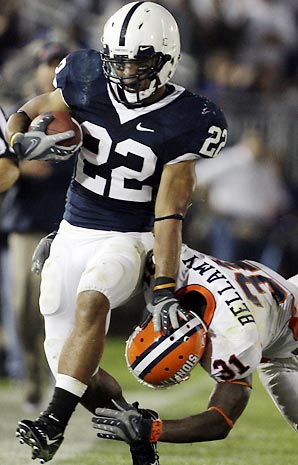 Defensively, it's gotta be the combo of Odrick and Ogbu.  These types of DT's are sorely missed on Michigan's roster, and it's amazing how demoralizing it is when your center's butt is the first contact made after a hand-off.

Area that scares you as Michigan Wolverines:

Lots of things scare me these days.  I think the front 7 of Penn State - if they gel correctly and the defensive ends are serviceable - is as good as it gets in the Big Ten.  The three linebackers go senior, senior, junior, and only one - Sean Lee - didn't start for last year's defense that ranked 8th in the nation.  He's a senior.

Area that makes you salivate as the Michigan Wolverines:

That secondary, provided we have a quarterback with clavicles that still function, is pretty ripe for the picking.  I also think Brandon Graham dreams of sophomore offensive tackles.

Random factor that you think will come into play this season:

I kind of doubt that it effects the play on the field, especially because it's pretty clear that JoePa leans heavily-to-exclusively on assistants, but the man keeps trucking.  Recently, he said this about Bobby Bowden:

The NCAA is going to do what it's going to do, but I would hope they would not take away 10 or 12 wins away from him. I don't think that's fair. He coached the team he had; they played against people, and they won. They ought to be wins for them.

That's a man right there.  Screw the politics of the NCAA - if I'm going to win this geriatric battle, I'm gonna win it fair and square.  Word, Joepa.  Word.

Either the Rose, or a BCS at large.  With a laughable non conference (not to throw stones, Michigan's is laughable too), I just don't see this team losing until Ohio State.  Maybe.  Michigan State and Michigan will both be tough away games, and Iowa will be tough at home.  Of those three, I'm counting one loss for 10-2.  Could easily be 11-1, however.