First, let me admit this. I was way too excited to meet Zoltan. How does that happen? He's a punter. You're supposed to get nervous talking to the quarterback or the star tailback. I didn't get butterflies talking with Rich Rodriguez, Ortmann or Brown. Zook? Nope. Paterno? No, he's just too damn cool. But, I'm nervous talking to Zoltan.

Ever since Mesko committed to Michigan he's endeared a cult like following among the message board and MGoBlog followers. His name is just made for hyperbole. His real life story is something out of a Hemingway novel. Whether he's booming a punt, kicking Galactus in the junk, or telling the assembled press how to fix Wall Street, Mesko seems to handle the attention and and responsibilities placed on him with a savvy well beyond his 22 years. 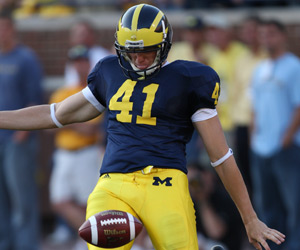 In a strange way, talking with Mesko is a lot like talking with Rodriguez. Both have a certain "aw shucks" aspect to their personalities. But, where Rodriguez' demeanor was formed through life in the West Virginia hills, Zoltan's seems to be molded from a life that I don't think even he can quite believe he's lived. Opportunities, education, attention, that a kid from a small, bullet strewn appartment in Romania figured he'd never have. You got the feeling that the big smile that seems permanently affixed to his face is simply the result of Zoltan realizing just how lucky he's been, and being too thankful to express it in any other way.

Sure, in true Hollywood movie fashion Zoltan should've grown up to be an NFL quarterback, but being the highest rated punter going into next year's NFL draft ain't that bad. Sean Landetta was punting in the NFL at 44, so you've gotta figure Mesko will be booming punts well into his 60's. I mean, that's gotta happen. Doesn't it?

When I first sat down with Mesko, I had no idea how tall he was. He's a big dude. Tall, rangy, wiry. You'd honestly think he was a basketball player. By providence, I got there at an early enough time to speak with Mesko before everyone else sat down with him. But, I should've known that the Space Emperor's voice was too powerful for my primitive recording equipment. Due to a microphone malfunction, the recorded version of my interview with Mesko is toast. 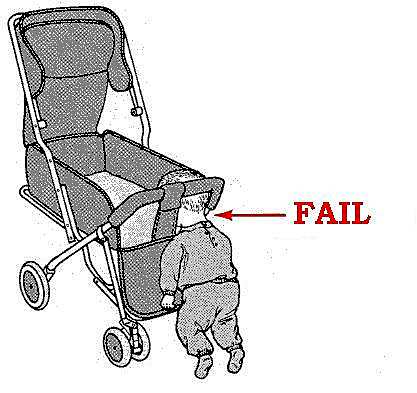 However, being a good journalist lucky hack, I remembered to bring a pen and paper to the event and recorded what I could on paper.

Zoltan was very quick to recognize the type of statement Rodriguez was making in selecting a special teams player to represent Michigan at the Big Ten Media Kick Off. When asked, Zoltan speculated that one of the reasons he was selected was because of his work ethic. Zoltan told me he doesn't necessarily try to be a leader, but he wants to be an example for everyone through thorough preparation and hard work. And he's worked to instill that diligence in the new players who come into Schembechler Hall, indicating that if they see Zoltan staying late putting in that extra effort they'll be motivated to do the same.

Telling Zoltan about the compliments Rodriguez had paid him the day before when questioned about the tremendous respect he has for Coach Rodriguez.  Zoltan told the table about the esteem with which Rodriguez regards special teams play. The field position battle is one that Rodriguez seems determined to win, and as a result the skill and dedication that Mesko brings to the position has formed kicker and coach relationship that seems rare in college football. Mesko emphasized that Rodriguez is a coach that understands the kicking game, and especially the more subtle nuances of punting. He told us that Rodriguez is just as happy about a 30 yarder that pins a team deep as he is about a booming 40 yard plus kick. This appreciation for what special teamers do is one of the things that motivates Mesko.

Another thing that motivates Zoltan and the team this year is bringing Michigan back to it's rightful place in the college football universe. Mesko, just like Mark Ortmann and Stevie Brown, didn't shrink away from what happened last year nor did he offer any excuses. He stressed that the pressure is on this team to play better and to be better, but that no one on the team wanted it any other way. It's worth noting that Zoltan's demeanor in answering these questions changed. When he answered you could see there was a different kind of resolve in his eyes and answers, an angry one, as if he was ready to play any position on the football field that would help the Wolverines win. If I'd asked him that, there's no doubt in my mind he would've said yes.

As the questions turned away from last season, Zoltan's smile quickly returned and we discussed his plans for the future a bit. Zoltan confirmed that he graduated from Michigan's business school and is working toward his masters in sports management. Obviously, Mesko is looking forward to his final year at Michigan, and towards an opportunity to play football in the NFL, but the really cool thing about him is that he seems to already have a plan for after football. Zoltan told me that at some point he wants to be a CEO or a director of a corporation. With his education, personality  and his experience in a team setting you can see why. Mesko easily shifts from dead pan serious to engaging. Something that surprised me a tad, was that Mesko also indicated he wouldn't mind being a coach at some point, telling me the experience he's gained at Michigan and by watching the different coaches styles made him think he'd like to lead a team some day. From the way Zoltan appears to thrive in the team environment, you're really left without any doubt that he'll accomplish anything he sets out to doing.

Seriousness aside, Mesko's got a great sense of humor. He didn't bat an eye when I asked him about the following and the nicknames he's obtained over last four years. I asked him straight up, Zoltan the Inconceivable, Zoltan the Space Emperor, etc.., which is your favorite. No doubt, Space Emperor. 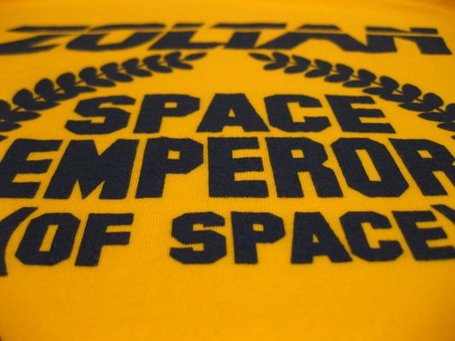 Yeah. You know it. via MGoBlog
Zoltan told me he got a kick out of the Emperor bit, but admitted he liked all the nicknames he'd heard. He's not oblivious to the fact his name is ripe for use in entertainment. Zoltan told me that his name could be used in all kinds of contexts. He even remarked you could use his name as if it was a Transformer.
Transformer, eh? 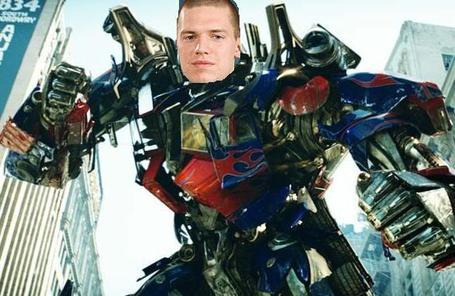 Behold. Zoltamus Prime. Terrellatron, your ass is going down. In closing on the nickname line of questioning the Space Emperor denied, with a laugh, that he was responsible for demoting Pluto from planet status.

I asked Zoltan a little bit about being named a Playboy All-American, to which he that he was honored to be chosen, but at the end of the day it's still a pre-season award. Zoltan told me that some days he'll think "yeah, that's pretty cool" but the majority of the time he knows that pre-season awards are just that. Preseason. Preseason awards don't win football games. I did have to ask if he was disappointed that the All-America Team party at the Playboy Mansion was canceled this year. Zoltan chuckled a bit, but, yeah, was disappointed the selection didn't come with the corresponding soiree at the Playboy Mansion. Apparently Gabe Watson came back with some good stories. Really good stories. This intrepid blogger declined to go any further on that subject... for the sake of the children.

As the day progressed, unfortunately I didn't get a chance to shoe horn myself back into Zoltan's table. Zoltan was the first player I'd ever interviewed as a "credentialed" media member and honestly I wasn't as prepared to begin the interview as I should've been. Despite my fumbling with a defective tape recorder, my ridiculous questions, and obvious ineptitude, the Space Emperor was more than gracious with his time and answers. Zoltan was, in a lot of ways, what I'd built him up to be in my mind over the last four years. A good kid who is now a good young man. Very, very smart. A dedicated athlete. A leader. And a Michigan graduate with a bright future in whatever profession he chooses to pursue.