Step into my Parlor Said Eastern Michigan to the Wolverines

Share All sharing options for: Step into my Parlor Said Eastern Michigan to the Wolverines 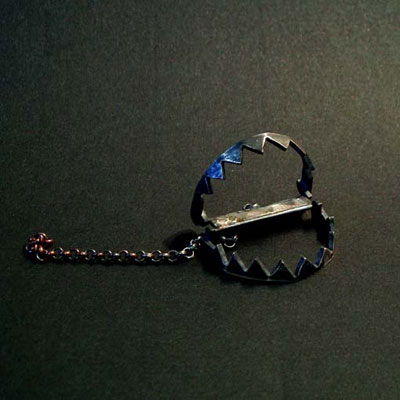 When Ron English's Eastern Michigan team rallied from 21 down to tie Northwestern last week, I started to get a little nervous. When the Eagles' defense forced Northwestern, high octane spread offense Northwestern, to save its season by attempting a 49 yard field goal, I got a little more nervous. Two days out, I'm not exactly shaking in my shoes, but dammit man, I'm not the cocky sumbitch you'd expect out of a Michigan fan who is back in the rankings after posting 38 points and winning one of the classic games of the Notre Dame Michigan rivalry. Nope. I'm nervous.

Cards on the table, I wasn't a huge fan of Ron English's defenses. Even if he did give Michigan fans the single best Big Ten defense I'd ever seen, his defenses were as adaptable as the Dodo. Shreddings at the hands of OSU and USC paved the way for the worst loss in school history and possibly college football history. The Spread was his poison, and when it got in his system, it worked fast. On the other hand, a conventional offense was at his mercy. With Michigan's athletes flying around the field, English could manipulate a defense like a surgeon popping out a spleen. It was impressive.

This weekend Ron English comes back to the place he coached, to face a number of the same players he recruited. On top of the built in advantage of knowing some of their flaws, English has another tremendous advantage: Where this game falls on the calendar. Sandwiched between the Notre Dame and Michigan State games is little Eastern Michigan. The whipping boy of the MAC.

But that whipping boy just took a nine win team into the last seconds. Put up 21 unanswered points and scared the hell out of a confident team. Now they face another confident team. One that may very well be looking ahead to its grudge match against its instate rival after a triumph over another traditional rival.

If I may offer a small piece of advice to the Wolverines; watch where you step.