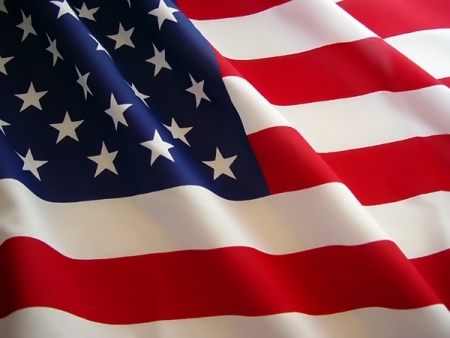 All of you are aware of the current state of the piped in music played at Michigan Stadium. It's a crisis of Biblical proportions that threatens to tear our Union asunder, and a crisis that can be ignored no longer. With this in mind, we at Maize n Brew recently proposed some modest changes to Michigan Stadium's playlist to help bring Michigan Stadium and Michigan Football into the 21st Century and help guide it on a path to righteousness.

Though we might prefer a more traditional form of musical entertainment at our Michigan Football games, piped in music is here to stay. Just like global warming, illegal immigrants, and American Idol. We can turn a blind eye, praying the issue will resolve itself (look a polar bear in Miami!). Or, like true Americans, we can be proactive and work toward a solution. That is what we have done. Offer a solution.

Our opponents, instead of offering solutions, have gone negative. Attempting to tear us down rather than build up America and Michigan Stadium. Not only that, they are trying to tear down 80s metal. What is more American than sex, drugs, chicks and rock n' roll? Nothing. It's impossible to be more American than that. You think Ricky Stanzi has Coldplay on his iPod? Hell No! J. Leman? Hell No! They have ROK music made and recorded here in the good ole U S of A. And when great American patriots like Leman and Stanzi listen to 80s metal, shouldn't you?

What is the alternative? Stay with the status quo? Crappy music that makes us cringe in our seats? A Band in the corner no one can hear? No. Our opponents say "lets go back." Back in time. Back to the past. Back to tradition. Now we don't want to go negative here, but you know where tradition got us?

(more insanity after the jump....)

We love the tradition of the Michigan Marching Band with a fervor slightly less than America and Michigan Football, but no solution has been found to harness their full potential. So, like biodiesel, the Nintendo Wii and Hayden Panettiere's hotness, that potential will remain untapped until the powers that be determine how best to use them. We must work with what we can change. We can change the piped in music. We can make it better. Yes. We. Can!

Our opponents offer nothing to Michigan Stadium, ney, our Nation's great predicament. They insult you, you amazing Americans who built the Camaro, the Mustang, the F150 and so many other outstanding American automobiles just outside of Ann Arbor. Assembled with your American hands while listening to awesome American ROK music. Did the builders of the Corvette weld it together with all that pelvis thrusting power to have some fool play Lifehouse in it? Hell No! America was built on awesome metal music.

What dose our opponent offer? IInsults

"At Michigan Stadium you have a vast variety of Michigan fans, students, and alums ranging from 18 to 80. Maybe 5% of them grew up driving a Camaro and rocking a rat-tail."

No, sir. We grew up in America. Not New Jersey. (Though many fine Michigan alums hail from the corruption state, including some fine-ass women. You know who you are. Seriously, weren't those Jersey girls some of the hawtest chicks in your freshman orientation group? Yeah. You feel me.). We grew up in Chicago, Traverse City, Bloomfield, Milwaukee, Detroit, and all over this great country of ours in the 80's and 90's. There was no rat tail. There were jeans and hard work. And that hard work made us who we are Americans who are Michigan and 80's Metal fans. And it just so happens that those of us from that time frame are buying season tickets and becoming those big donors Michigan loves so much. So, yeah, we're slightly more than your 5% figure. We're everywhere and everything. Love of Country, Michigan, and awesome Metal needs no Camaro or rat tail. Just a sense of Stanzi.

But if our opponent wishes to hurl barbs, let us look into the opposition for who he is. He's a soccer fan. That's right. Soccer. With long hair and a goatee, like a dirty hippie from Vermont. How unAmericancan he possibly be? Soccer isn't a sport. Only salsa dancers and communists like Soccer. If he had his way our beloved Michigan Football games would be called "matches", Michigan Stadium's announcements would be in Spanish, the concession stands would only serve granola, and the piped in music would make the place sound like the Lilith Fair. Is this what you want!?!?

We at Maize n Brew respect that there will be a difference of opinion as to proper music to pipe in. While our preference is awesome 80's metal, we will happily welcome rap and hip hop into the fold. While our opponent ignores this suggestion in his critique, we stand firm. Most of our players likely prefer Rap and Hip Hop to our beloved metal, so we will gladly differ to their playlists. Why? Because it is American to support those who toil for the benefit of many. Make it jump. Make it bounce. Superman that ho. Or whatever the kids are saying these days. Make the Big House your house.

So, when you see David Brandon, tell him you want awesomeness piped through the PA system instead of more of the same. Tell him that if Michigan won't find a way to get the Michigan Marching Band to the whole stadium, then Michigan Stadium needs to play better music. The music of the people.

We are Maize n Brew and we approve this message.