Share All sharing options for: Preview:  Michigan State vs. Michigan

ESPNU is what they make you watch in hell.  I'm convinced of this fact by reason that, like, they can't fill 24 hours of programming at ESPN regular, how on earth are they going to do it on ESPNU?  Also, I don't get ESPNU, and I assume there is actually no television in hell.  The end result was that last week's Michigan game was the first one I haven't gotten to watch either live or DVR'd in quite some time, and let me tell you the blackberry updates are not how you want to live soul-consumingly long drives by the Indiana offense.  It literally read like this:

So, much like last year, Michigan pulled out a last-drive win against Indiana to open Big Ten play, and we're now 5-0 headed into the contest against the Michigan State Spartans.  Michigan State, also 5-0, is coming off a great win at home against Wisconsin, which puts them at 1-0 in the Big Ten.  Michigan is giving 4.5 points at home, so Vegas likes us in a close one.

The Michigan State Spartans have been playing football (poorly, mostly) since 1896, enjoying a great run of national relevance in the 50's and 60's, garnering 6 National Championships.  They play in the cleverly named "Spartan Stadium" in East Lansing, and play Michigan every year for the Paul Bunyon Trophy, which is actually pretty sweet: 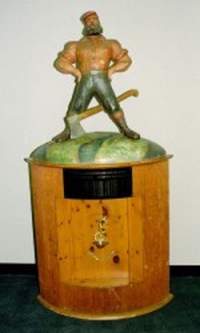 It is made of impressive oak, and goes well with any home decor.  Mark Dantonio was hired in 2006 as the Head Coach of Michigan State, successor to a long line of laughable coaches.  Dantonio currently holds a 25-17 record on the football field, and just as impressively is 1-0 against heart attacks.  In all seriousness, Dantonio strikes us as a juvenile grouch who growls his way to a 7-5 season every year, but nobody deserves heart trouble, and we wish him the best in his recovery.

Michigan State, at least to Michigan fans, is also known for historic meltdowns prompting the "SPARTY NOOOO" meme you see floating around.  They're also known for cheating in various ways in East Lansing, including the clock game, and the blatant tackle in the endzone game.

Ok, ok fine, I'll do this preview by the books from here on out - no more cheap shots.

After 5 games, we finally get some good data to work with:

Michigan State brings an impressively balanced attack to Ann Arbor on Saturday.  At Quarterback, Kirk Cousins is currently ranked 5th in the Big Ten at 226 yards per game.  He's thrown 9 TD's to 4 INT's.  For those screaming "oh god is it going to happen again" in regards to what's been dubbed "The Chappellbombing," Michigan State isn't likely to replicate Indiana's performance through the air.  The passing offense to date for the Spartans has been mostly a function of the rushing attack, led by Sophomore running back Edwin Baker.  Baker is averaging 7.2 yards per carry which would be way impressive if not for Denard's 9.23 YPC.  At any rate, you should be more concerned about Michigan State replicating Umass's performance than you should Indiana's.  If that's comforting.  It's not?  Oh.

While most of the world is concentrating on how to stop Denard Robinson from running in between atoms en route to the endzone, equally important, at least to Kirk Cousins, will be his offense's ability to go on long sustained drives, and the mentality of the quarterback on those drives speaks to the balanced nature of the team:

"I said it all along, as a quarterback I’m completely dependent on everyone else," Cousins said. "People say that last drive we put together, almost eight minutes, was engineered by me. We ran the ball basically the whole drive. As far as what I did, I don’t think there was a whole lot there. We had a couple third-down conversions, which was more a screen, more on running backs and wide receivers than it was me. That game was a whole team effort. We’re going to need a whole team effort each Saturday if we’re going to end up having a special year."

Rounding out the Spartan offense are receivers B.J. Cunningham and 56th year senior Mark Dell (seriously, how long as this guy been around?).  Receiver depth is...deep at Michigan State, with Keshawn Martin and former QB Keith Nichol also vying for playing time:

"We've got enough talent where if you have one slip-up you say, 'Dang, I need to show up this next play or this next practice and show that I'm not going to drop this pass or I know how to run this route,'" Cunningham said. "There's people standing in line just waiting to get their chance. One mess-up could put you back, so you have to have the right mindset when you come in to each practice, each game, each scrimmage."

I expect the Spartan offense to run a lot of short passes and runs geared towards running clock and getting into "3rd and manageable" situations.  More than likely, Michigan State is going to go on numerous soul-crushing drives that have elevated the inanimate object threat level to Red.  Last week against Indiana, we saw several plays turn from 2 yard gains into 6 yard gains due to poor tackling, poor positioning, or both.  The good news is that Michigan can be stout against the run if linebackers are playing decisively.  2nd and 11 will be trouble for Michigan State as Michigan continues to play the "bend and often times break" defense.
After Craig Roh had arguably his worst game at Michigan against Indiana last weekend as a true linebacker, I expect that he'll have his hand back on the ground more consistently against Michigan State.   I also think that we're going to see more and more of that dime package that has Courtney Avery on the field.  He's young and will get picked on, but he doesn't seem to be the liability that our young CB's have been since Donovan Warren was a freshman, and lord knows we've run through enough of them.

Much of the focus on this game has been around how the Spartans plan on containing Denard Robinson.  Spartan cornerback Chris Rucker had this to say about the bedreaded one:

"There's not really anybody that I can think of that has the same skills that he has -- the ability to run the ball and throw the ball at the same time," Rucker said this week. "I can't really recall anybody. It's going to be a good challenge for the defense."

So yeah, Denard's not sneaking up on anybody anymore.  Greg Jones - savior of Michigan State football - seems to be unfairly tasked with stopping Denard seemingly singlehandedly.  It's as if Spartan fans have completely forgotten that it takes 11, and Greg Jones is only one person.  Anyways, Greg is staying realistic about the situation:

"It's kind of a bend, and the other team just breaks," Jones said about defenses' efforts against Robinson. "Guys get tired of chasing. He just busts one out. Stride for stride, he's very, very fast -- extremely fast. You've got to be disciplined this week in order to try to stop him. It's the only way to do it."

And here's a video of Greg Jones sacking against Ohio State:

Whether Michigan State will be able to execute this philosophy remains to be seen - they will be the first if they're successful.  Much was made of an apparent switch to a 3-4 defense for Michigan State during the preseason, but much of what they've shown so far has been the traditional 4-3 look.  BUT THAT WON'T STOP DEFENSIVE COORDINATOR PAT NARDUZZI FROM BREAKING IT FUNKY: 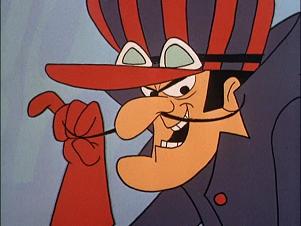 Michigan State has, by far, the most impressive defense we've faced to date, but at some point Denard's stats stop becoming a fluke, and start just becoming what he does.  If the offensive line is able to get the kind of push they've been getting, then Denard's going to have another big day.  Last year saw the Michigan State defensive line owning the UM offensive line all day.  I do not expect that kind of performance this year as the offensive line has something resembling a 2-deep and early returns are that these guys are very good.  Also, you know that MSU is going to be so focused on putting 16 down that he's going to have some pretty wide open throws to make yet again.  Getting the receivers in space is going to be crucial for Michigan's gameplan.  My expectation is that we're going to see more designed throws against Michigan State than we have against opponents previous.

Special Teams
I'm tentatively holding off on a "HOLD ON TO THE DAMN BALL" proclamation.  Instead, I'm making a "tackle the damn ball carrier" statement.  Michigan State has taken 2 kicks to the house - one kickoff and one punt return.  Keep in your lanes and get a hat on the ball plz.  Also:  don't kick field goals.
Final Prediction
Michigan wins, but in a game much different than what we've been accustomed to seeing.  I think (gasp!) that both defenses will step up this game and force some punts.  It will likely still be a "shootout" but I'm thinking the score is going to be in the 30's.  I'll take Michigan 35-31.  The MSU defense will be the best that Denard has faced, and my guess is that his thus-far stellar turnover rate takes a hit.  Meanwhile, the Michigan State offense will likely be just "WE MUST THROW ROCK" enough to keep Michigan in it.  I'm envisioning the Notre Dame game without the late, rainbow fueled heroics.
Key Matchups
Michigan vs. Varied Snap Counts:  Remember last year when the MSU defensive end was all up in Tate's grill before he even hiked the ball?  Yeah - let's maybe change up the snap count every now and again.
Greg Jones vs. Denard Robinson:  I actually don't think this is that important.  I mean, Greg can't be everywhere, right?  right?
East Lansing Sofa's vs. Burning Timber:  Win or lose, this is a matchup to watch.
Gametime Drink of Choice
Bourbon.  Straight Bourbon.  I mean, really, all you see in Western's are grizzled men standing around the bar taking straight shots of bourbon.  First of all, that's mad cool, and second of all, I would last about 5 minutes in the old west.  I mean, at first you think it'd be cool.  Pooping outside all the time, drinking bourbon.  But the more I think about it, the more fey I think I'd be viewed as.  I mean - think of all the modern luxuries I'm used to.  I need some gatorade and slim-jims after my night of drinking bourbon, please.  Oh those don't exist yet? - here's a rabbit jaw to gnaw on.  No thanks, man.  Plus if I sleep in any temperature higher than 45 degrees I start sweating.  Not a good look.
Alternate Programming
Vampire Diaries on the CW.  You sit through this show with your lady for an hour, and trust me it's ON after that.  It's straight up vampire porn for ladies.
Inanimate Object Threat Level
RED.  Michigan State's offense driving the field for an eternity will likely cause me to break something.  Pray it's not expensive.
Recommended for Survival
Pick up "Exile on Main Street" by the Stones and listen to it all the way through.  No seriously, just do it.  You'll be happy by the time your finished. THATS WHAT SHE SAID OH MAN, I GOT YOU BRAH.
Elsewhere
Spartans vs Wolverines coverage
Spartans vs Wolverines preview
The Only Colors