Midweek Musings: When it Rains, it Pours

Share All sharing options for: Midweek Musings: When it Rains, it Pours

Just when I had backed away from the ledge, convinced myself that the secondary couldn't possibly play any worse than they did last Saturday against Penn State, I got a reminder why you never tempt fate by coming to these kinds of conclusions.

Things can always get worse.

First it was a tweet from Troy Wookfolk that cryptically said "Things just got worse for Michigan fans.  Can't elaborate that's all I'm saying."  Immediately fearing some unknown tragedy I began to click around to all the usual sources, but to no avail.  I don't remember what exactly I feared.  After the constant cloud of negativity that has swirled around the program for the past three years I was really prepared for anything.  Anything, that is, except another injury in the already disastrously thin secondary.

That's when mgoblog came through with the rumor:  JT Floyd had indeed injured his ankle in practice.  It was later revealed that the ankle wasn't broken, but the ligament damage was bad enough that he will be out for the year regardless.  The worst secondary situation that I have seen in all my years of being a football fan just got even worse.

The two deep at corner back is now one senior who has never played the same position in consecutive years and was thrust into the starting lineup after the last devastating injury, and three true freshmen who have been on campus for all of three months.  In a perfect world James Rogers would only see the field at the end of a blowout win or two this year and the three freshmen would all be red-shirting.  In an OK situation James Rogers and one of the freshmen might be called on to back up a more experienced starter and maybe play a little dime defense.  In the hell that is Michigan's defensive backfield, all four of them are thrown into the fire for the final four Big Ten games, as quite possibly the one unit with the most control over Rich Rodriguez's job situation next year.  The situation was bad before Troy Wookfolk got hurt.  It was a disaster before JT Floyd got hurt.  Now?  This doesn't even cover it: 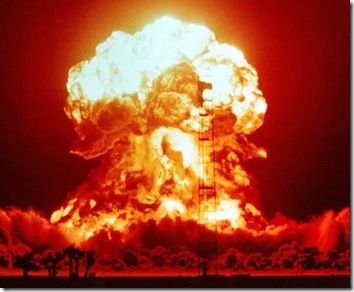 Good luck coming up with a better summation of the secondary now Brian.  Any more injuries to the secondary and mgoblog's previews are going to start linking to snuff films for the entire Michigan pass defense section.

What are the possible solutions?

*(This assumes that our kickers are capable of executing a proper onside kick.  Not a given by any means.)

Something is obviously still wrong with Michael Shaw, and it is killing the running game.  Despite not showing up on the injury report last week, Shaw carried the ball only one time against Penn State.  This coming two weeks after he only received three carries against Iowa.  Whatever is wrong with Shaw is serious enough to keep him off the field, but not serious enough to warrant a place on the injured list.

Coming in to the season I was not concerned about the running back situation.  There were five viable candidates, all of whom had different skill sets and enough practice buzz to inspire some optimism among the fan base.  Now?  Two of those running backs have barely seen the field due to injury.  A third is still a freshman and has yet to earn the confidence of the coaches.  Meanwhile the two favorites coming in to the season have been underwhelming or absent most of the year.  Vincent Smith continues to lack the quick cuts and shiftiness that made him dangerous before the ACL injury, and Michael Shaw grabbed a hold of the #1 back position just in time to cough it back up thanks to injury problems.

The hope for a magical turnaround with the running backs has all but run out.  The group will pick up a handful of yards as a counter punch to Denard Robinson, but this year the load is primarily going to be shouldered by Denard, for better or worse.  Despite this lopsided rushing production, Michigan is still a top 10 rushing offense nationally, and first in the Big Ten.  That sound you hear is me yelling "PLEEEEEEASE DEEEEEEEEE, GET ON CAMPUS NOWWWWWW."

Will Hagerup - 5 kickoffs, 65 yard average, and one touchback against Penn State.  Can he kick FG's too?  With all the bad news to come out over the past four weeks, the emergence of Will Hagerup as a special teams dynamo is very much welcome.

Now if only Jeremy Gallon could HOLD ON TO THE DAMN BALL.