Share All sharing options for: This New Big Ten Logo Is Going To Take Some Getting Used To

Like all good Michigan men, we at Maize n Brew are afraid of change. Change means we're going from a pro-style set to a poorly run spread option. Change means going from Jim Herrmann to Ron English to Scot Shafer to GERG to a person yet to be determined. Change means... means..... /uncontrollable sobbing/

Anyway, whether we like it or not change has come to the Big Ten. And it is bad. I mean look at this thing.

The only way they could've screwed this up more is if they'd hired the guy that painted the original Little Mermaid poster rather than the color blind three year-old they apparently paid in Oreos. That's right, the only thing they could've done to make it worse would've been to replace the "1" with a penis. (And no, as funny as it would be, I'm not photoshopping that in.)

But make no mistake, this thing is awful.

Who says to themselves "This is a historic, mud and dirt football conference. I need more powder blue!" The Big Ten's old logo was iconic. The big, hard edged block letters. The subliminal 11 tucked between the G and T. It was subtle, but you knew it meant business. This new logo is just crap. Soft edges. A color found nowhere in the Big Ten. A numerical One sitting in the middle of the logo wondering why it's there. This is a PR FAIL on par with New Coke, the Yugo, and Kevin Costner's "Waterworld". You're left wondering what else they came up with that didn't  make the cut. Maybe this? 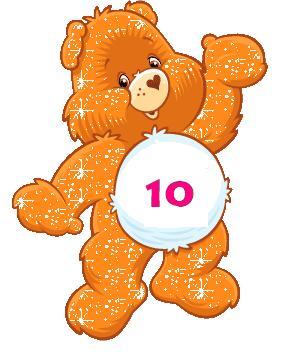 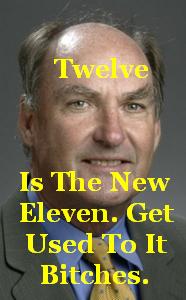 Maybe it's finally hit the point that Delany is so mad with power that he can no longer tell right from wrong. We he took over the Big Ten, people laughed saying what would an ACC boy-ah know about running a real conference? Um... apparently quite a bit. They laughed when he said, "we're starting a television network." Now Delany bathes in holy water blessed by the Pope himself that is flown in daily from the Vatican, simply because it costs more. They laughed when he said "We're expanding!" Now the Big Ten has the Nebraska Cornhuskers in the fold and almost destroyed college football just for giggles along the way. Everything he has touched has turned into gold.

So what of the public condemning the new trophies and division names? What about the 94% of the Tribune's responding readers saying "This sucks!"? Delany doesn't care. You laughed before. Now look where Delany is. And he won't rest until he's conquered the world. So laugh all you want, this ain't changing. Twelve is the New Eleven.

Get used to it bitches. (TM)