Share All sharing options for: Playoffs?! [Let's] Talk About Playoffs?!* 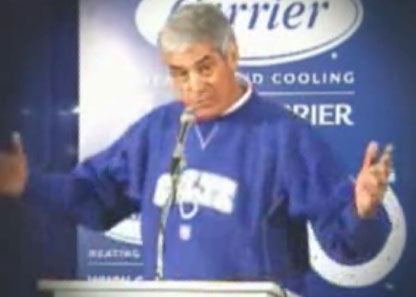 *(Because we won't suck forever**)

Since it is bowl season the topic on everyone's mind is of course, a sensible playoff system. In an effort to bring up more divisive issues for the readers of this blog to argue about, let me present two of the playoff plans I read today.

1. Ty Duffy from The Big Lead has an eight team playoff that incorporates the existing bowls and conference champions into a short tournament that is split around the holiday season (1st round played after championship week, second round played NYD, championship game played week after).

2. Dan Wetzel is a little less kind to the bowls--essentially telling them to go screw themselves and pick up the scraps--with his 16 team playoff system that invites all eleven conference winners (gasp! even the Sun Belt) and five at large teams.

What say you Michigan-blogosphere? Are you BCS drones or playoff revolutionaries? Does everyone get an invite (a la 16 team playoff) or are you a snobby elitist (8 team)? Will bowls still matter (do they now?)?