As Long as We're Talking About It: A 16 Team Big Ten Proposal

Share All sharing options for: As Long as We're Talking About It: A 16 Team Big Ten Proposal

UPDATE:  Please read comments.  I mis-read Brian's initial post.  There are still pretty substantial differences in the two proposals, but that part about not every team having a shot at the beginning?  Yeah, that was wrong.  I will stand by the fact that I still think Brian's solution - with rotating groups based on previous year's standings - will be too confusing for your average Big Ten fan to follow, let alone somebody from Ohio State.

This is a response to Brian's 16 team proposal at Mgoblog, which I suggest you read prior to tackling this post.  I reference his post throughout. 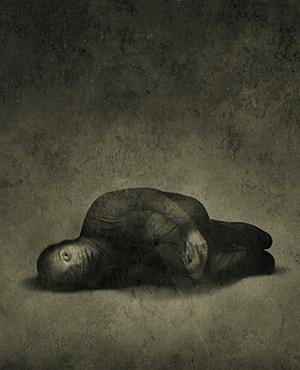 In order to get anything productive done regarding an issue as astounding as a 16 team Big Ten Conference, we're going to have to take some things for granted.  First, I will use the list of proposed teams that Brian has at the aforelinked post.  For the purpose of this post, let's refrain from arguing the merits of these actual teams.  They are designed here as placeholders; nothing more.  In the comments of the Mgo post, ShockFX points out the extremely valid point of where all the monies are going in a 16 team league.  Let's also assume that Delany has that aspect figured out.

Your hypothetical Big Ten (16) would the look like this:

Under Brian's plan, we've got different variations of the same general concept, which is basically that the league gets divided into four groups based on last year's standings, and have the top 8 play each other, the bottom 8 play each other, and have the the winner of the top 8 as your conference champion.  In addition to the 7 games played against the top 8, each team will play each member of their "group" for a total of 9 conference games played.  At the end of the season, you re-shake the groups based off of previous year's standings, and do it again.  Amongst other things, this solves some problems; namely that under this system there is a good chance that Michigan plays Penn State, Indiana plays Purdue, and Minnesota plays Wisconsin on a more regular basis than simply dividing the conference geographically.  It doesn't guarantee these rivalries will be played annually, but it also fixes the issue of having two teams in opposite sub-conferences only playing each other once every 9 years because at that point, what's the point of being in the same conference?

My concern here is that if a team is relegated to the bottom conference, said team has no chance of winning the conference (at least, as I understand it.  If Brian, or somebody with better reading comprehension than me can point out where I'm wrong, please do).  There is the top-8, then a bunch of teams scrapping to be in the top-8 at the expense of the current season.  What happens to a team that wins it's group of 4, but isn't in the top-8 when the season started?  They get the nice bump into the top-8 for next season, but they won't get a chance to play for the conference championship.  Over the past few years, there have been plenty of conference champions who wouldn't have been in the top-8 under this circumstance.  For example, what if next year Michigan comes out and blows the doors off people.  It's not outside the realm of possible, and yet, Michigan would not have a chance to win the conference.

My other concern is the fact that the Big Ten's "brand" has to maintain a popularity amongst its fans.  As we extend more and more into college athletics being a business at every level, we need to acknowledge the fact that the Big Ten needs fans to generate revenue, and part of that is maintaining a product that is accessible to everyone who watches it.  I don't know the statistics on this, but my wager is that the majority of the people who read mgoblog, maizenbrew, etc. are among the top tier in terms of both intelligence and "awareness" when you look at the whole of people who would consider themselves "Big Ten fans."  Obviously, if you're reading this site, you care a whole lot more than the average fan.  The problem lies in the fact that Delany and the Big Ten don't care about you, the already paying (or, at least, paying attention) customer.  They're looking to growtheir markets to encompass Joe Casual State of Indiana Resident who likes watching football, but doesn't read blogs, follow recruiting, or really have time to digest the ins and outs of a relegation based system, which is what Brian's proposal - in all its variations - amounts to.  If you make it too complicated - even if the end result is something that is better - people will tune out.

BUT IT WORKS IN EUROPEAN SOCCER!

I would argue that it works in European soccer because that's the way it's always been.  Sports fans over there grow up with that system, and are equally disturbed and confused by our "American League" and "National League" baseball system that seems so innate to us.

Here's a proposal that doesn't solve everything either, and is basically a varient on Brian's "backwards" version.

Get four groups of 4 teams each that are kept the same each year.  It would make the most sense to keep traditional rivalries intact where possible, but keep geographic region in mind as the driving force behind the groups.  For example:

Every team plays a true round robin in their respective group, which knocks out 3 games of the 9 potential conference games that are played.  Alternate home/away.  The other 5 conference games are played among the other groups and selected by committee.  This knocks out 8 of the 9 conference games.  The winner of each group - as determined by the round robin followed by a myriad of tie breakers based on the other conference games goes on to play in a 4 team "playoff" near the end of the season.  Those not playing in the playoff get scheduled into 1 remaining game, hopefully against a rival or something like that.  This game, while meaningless for conference title purposes, will still serve to determine final "big 16" standings, and bowl placement, etc.  I would still watch Rutgers play Illinois if I were a fan of either school if it meant that a bowl berth was on the line.

The playoff starts the last week of the "regular" season (conference game 9, if you will).  The final gets played on the same weekend everyone else has their fancy conference championships.  Winner, well...wins.

Everyone has a chance to win this thing at the beginning of the season.  To me, that is paramount.  This isn't professional sports (yet...).  The athletes coming on campus need to be sold on the fact that they can work hard, and win a championship.  They get 4 years to do it, then the vast majority get to go be accountants, or pizza delivery boys (in Ohio State's case...zing!).  I believe every year they should have the ability to win this thing.

It also keeps someof the traditional rivalries intact.  In the model above, Michigan plays Notre Dame every year, Ohio State/Penn State, Minnesota/Wisconsin, Indiana/Purdue, etc.  It even manages to keep the two Big 12 teams and the two Big East teams playing each other every year.  My thinking is that each of the "group" games would become so important that rivalries would spring up where there was little reason for hatred before.

...but it doesn't keep them all.  Michigan would have to rely on out-of-group scheduling for Minnesota, Penn State, Ohio State, Michigan State etc.  My wager is that the Michigan vs. Ohio State rivalry would largely survive given the fact that they would meet in the playoffs or championship game, and the stakes of that game would simply elevate the rivalry further.  We wouldn't meet every year, but when we do meet, it would be huge.  Until recently, I would also wager that both Michigan and Ohio State would find themselves winning their group more often than not, and thus, it would be more of a rarity should they not meet in the playoffs.

This system would keep interest extremely high over the course of the season, especially if the group games were strategically scheduled to be later in the season.  Michigan vs. Notre Dame for the right to go to the playoffs would be explosively big.  It would also mean that an "out of group" loss wouldn't kill your season.  You could still make the playoffs based on your group's standings.

The problem that screams out is the potential for a rematch in the playoffs.  If Michigan draws Minnesota as an "out of group" game, then they both go on to win their groups, they could meet again.  My response:  so what?  Are you saying you wouldn't watch?

The scheduling would be funky.  Teams wouldn't find out who they're playing in "conference week 9" until one week prior, which could pose a logistics problem.  The rational behind who plays who "out of group" would have to be defined in some way - either keep plugging away down the list, or keep traditional rivalries alive in cemented schedules.  For example, Michigan would have 5 games to play "out of group."  Two of those could fairly easily be Ohio State and Michigan State every year.  Those games wouldn't mean as much - they'd only be used in tie-breaker circumstances - but bragging rights, etc. would still make it interesting.  After all, Michigan vs. Ohio State hasn't meant anything in 3 years now.  Have you stopped caring?

My primary concern with the system laid out above would be the fact that outside of 3 in-group games, I'm not sure how exciting the remaining 5 games would be in terms of conference championship impact.  Sure, to complete a National Title run or get a BCS at-large bid, those games would be as exciting as ever while you protect an undefeated or 1-loss season.  But Michigan vs. Wisconsin out-of-group probably wouldn't mean that much in terms of whether either team goes to the playoffs.  Win those 3 games in your group, and you're promised a spot regardless of who you beat or lose to out-of-group.  I'm not sure how to fix this...

Thoughts are always recommended in the comments section.  This has been more musing on my part than anything else, and I'm sure that there are numerous holes that you can pick apart.  I think that a system like this keeps things more accessible to your average fan, manages to keep everyone's chances alive at the beginning of the season, keeps traditional rivalries intact where possible, and would provide for an entertaining finish to the season, especially if you put group play towards the end.