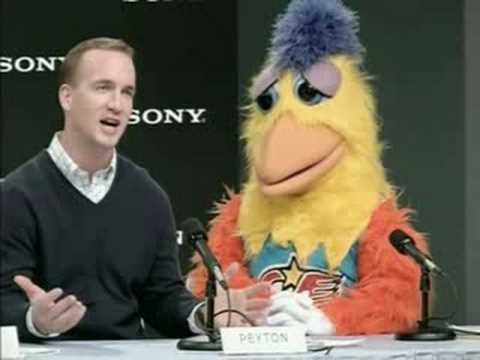 It's the offseason, and I can't stop laughing at this photo

Stuff You Should Read Right Now:

Ohio State Recruit Shot Multiple Times, In Stable Condition - Ohio State recruit Jamel Turner was shot multiple times on Saturday night and is presently in stable condition. A 17 year-old girl who was with Turner was shot to death in the same incident. According to WYTV out of Youngstown, OH, the shooting appeared to be related to an ex-boyfriend or current boyfriend. Our thoughts and prayers go out to the young woman and her family, as well as to Turner and his. Our hopes for a speedy recovery and better days ahead for both kids, wherever they may be.

Interesting Conversation about Rodriguez and Michigan Football - One of MGoBlog's commenters had an interesting airport conversation with a former West Virginia football player. Names aren't mentioned, but the conversation is definitely worth a read. Truly amazing how much Rodriguez' former players really back the guy.

Improvements to Yost Coming? - Yost Built is back and posting, and he's parsed though some of Dave Brandon's recent comments and found something awesome for Michigan Hockey Fans.

"We’re looking at some updates and enhancements to Yost ­- bleachers, the concession areas, the circulation space, lighting," Brandon said. "And we’re looking at some real interesting things as it relates to the scoreboard and technology in all of our venues, including the football stadium.

"We’re in a situation where one of the things we have to attend to at some point in the future would be update the technology because there’s HD technology, bigger screens and higher resolution that our fans would really enjoy."

We're Smack in the Middle of the Silly Period - As you may have noticed, there's not a lot of news out there that isn't totally sad, recruiting related, or designed to get a lot of page views by saying something baseless and anger producing. As a result, you're probably going to see some off topic stuff up on the site. Everything from baseball to play-off discussions, to hockey, to... well... whatever comes to mind. If you've got thoughts on things you'd like to see us cover, let us know in the comments. Oh, and there's more fun after the jump.

U-M's Rich Rodriguez needs good year to save job, but how good? - Don't let the title fool you, Angelique Chengelis has been knocking it out of the park recently, and in her latest column she takes Braylon and all the Rodriguez haters to task for their mind numbing generalities about Rodriguez' coaching future. Great, level-headed stuff.

Enough verbalizing in generalities. Yes, we all know Rodriguez is under pressure and this season could decide his future at Michigan. But what are the parameters that will ultimately decide that future? Beats me.

So, until someone can paint a picture for me with a specific outline of what Rodriguez needs to do to "make it work," here's a few more generalities to add to the list.

• Fact: Rodriguez's Michigan team must be competitive through the fourth quarter of every game this fall.

• Fact: A victory over Michigan State would be beneficial to Rodriguez's cause.

• Fact: The season must play out before a determination is made, and then we'll see if Rodriguez made "it work" and had the season "go right."

Chengelis is quickly becoming one of my favorite reporters and commentators on Michigan news and events specifically because she doesn't go with have truths or generalizations. She actually does her homework and puts out well written, thoughtful pieces.

Antonio Kinard headed to prep school or junior college - Dammit. Another Michigan commit longshot won't be on campus this year. Kinard was known as a pretty good chance not to qualify, but it still stinks that he couldn't. the kid isn't giving up though. His high school coach confirms that Kinard seems to be heading to a military academy to get his academic butt in gear so that he can eventually suit up for Michigan.

"And, I think that for the first time, Notre Dame ought to consider joining the Big Ten. I never felt I would say that. But I believe that in my heart now, and I think that maybe they will." sayeth, Lou Holth.

Wow. After years of Holth poo-pooing the Big Ten I'm kind of in shock to see this. Granted Lou is making a pretty penny talking CFB for ESPN, but he's been given a lot of rope at the WWL and I'm sure he'd tell them where to stick it if they told him to do this. At this point Holtz is the first high profile Domer I can think of to come out in public and say Notre Dame should join the Big Ten. I'll be interested to see the reaction in South Bend.

Video: Ricky Stanzi, American hero, explains 'love it or leave it' - Ricki Stanzi is downplaying rumors he is Captain America. He still loves America more than you love the air you breathe.

OSU Wideout Duron Carter at junior college - the News for the Buckeyes stays poor, as wide out and possible starter Duron Carter flunks out.