Where I Come From: EA Sports NCAA Football 2011 Available Now

Share All sharing options for: Where I Come From: EA Sports NCAA Football 2011 Available Now 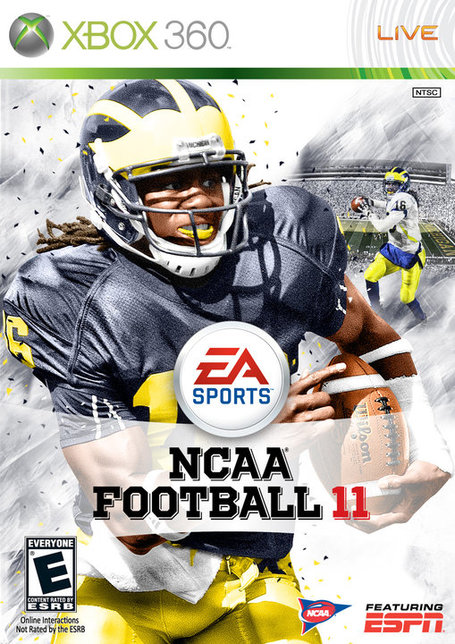 This may not be the actual cover, but wouldn't it be sweet if it was? We're capping off our "Where I Come From" series today. It's been a lot of fun talking about everything from our favorite players and teams to tailgating to the coming season. What I've appreciated most about it has been the reaction I've gotten from you guys. The stories. The great snarky comments. Everything. we're going to close this one out with some canned copy from our homies at EA Sports, but first, here's the list of everything we've covered so far.

So that's it. If you're looking for the game, order it from the source. And now, a word from our sponsor.

When you go to a particular school or grow up around college football, you are more than just a fan. It’s who you are. We thought we could leverage this pride in your roots and show that "where you come from" is more than just a statement about geography. By positioning NCAA Football 11 as a game that understands this pride and is authentic to these traditions, the takeaway should be that anything that is in college football is in NCAA Football 11. And this doesn’t just include game play (though that’s a huge part of it). It’s rivals and mascots; it’s legends and stories. It’s those things that are at the very fabric of the game itself. Of course the game is great this year as well. With authentic entrances, mascots and specific offenses for each team, the term "where I come from" takes on a much larger meaning. While playing NCAA Football 11 is ultimately a great sports sim, it should also give you a sense of the pride and emotion one has for being a fan of a team they will never not be a part of.

Less than a month till practice starts. Thank god we've got somethig to pass the time with now.