While we rejoice in the return of Leach's name from the obscurity of the off-season, his potential to return to the college football ranks comes with the final act of one of College Football's true gentlemen and a fine head coach in his own right, Steve Martin Bobby Johnson. Johnson came to Vanderbilt eight years ago after winning a national championship in what is now called the Football Championship Subdivision of the NCAA. Johnson announced at his press conference that it was simply time to retire. Johnson went 29-66 in eight seasons at Vanderbilt, but point me towards anyone who could've done better. I thought so.

Johnson's retirement was short, sweet, and for all the right reasons. Any man who says this has my respect:

"I've got another person in my house who means a lot to me."

Now how long until we can get Vanderbilt Vice Chancellor David Williams on a plane to East Dillion, TX? Plunder! 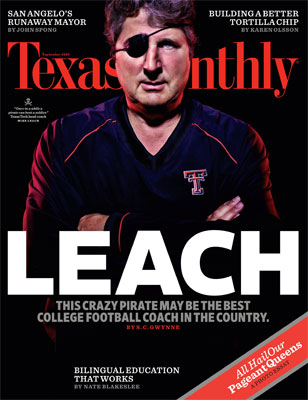