On Tap: Your Friday Drinking Instructions Love An Underdog

Share All sharing options for: On Tap: Your Friday Drinking Instructions Love An Underdog

The Dog Days of Summer are seemingly the happiest for many college football teams and their fans.  Everyone is undefeated and just about anyone can come up with crazy scenarios in which teams can do the unthinkable.  So this weekend we'll stay in the great state of Miiiiiichigan for our Friday Drinking Instructions.

But before we go any further, we would like to address the Right Honorable Mr. Beauford.  Sir, last week's post was both amusing and well-written.  It was also a cretinous foray into the type of smear campaigns lovers of great beer are constantly barraged with.  If one is ever fortunate enough to get to a great beer bar (Michiganders are blessed with a wealth of fantastic brewpubs and bars: for example...) they should take a look around.  The place will likely be full of nerdy/homely/unpretentious-types.  The patrons likely aren't wealthy and they probably aren't all that particular...except about what they choose to put in their mouths; after all, it's their mouths!   Sir, I have young children.  That they would choose to put vile, bad-tasting things in their mouths is understandable; they lack adult capacity for reason and are still at an experimentation stage in their life.  What is your excuse?  So this week we're taking it back...we're taking them all back.

Marshall, MI is home to a brewery whose name should warm the hearts of all those whose dreams are built on hope (ooh, foreshadowing!) and little else.  Without further ado, YFDI gives you the Crooked Tree IPA from Dark Horse Brewery. 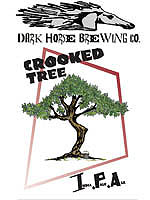 Like any dark horse this beer is underrated, pretty sexy-looking and, unfortunately for lovers of football underdogs, almost certainly bitter in the end.  But as is the case with most dangerous outliers, this beer can be bracing, exhilarating and worthy of hype.  So who is this Big Ten's great Dark Horse candidate?  Look to Ann Arbor...and then head 245 miles southeast.

Who else but the only Big Ten school with a beer-related mascot would we be speaking of?  Yes, last year's hard-luck Purdue Boilermakers are poised to get in the black this season.  Underrated?  Well, don't know about that as most people think they'll be halfway decent but they do miss Iowa and Penn State.  Sexy?  Miami transfer, Robert Marve, certainly fits the bill (from a football standpoint, people, get your minds out of the gutter) and a defense headlined by Ryan Kerrigan makes up for a secondary hit hard by graduation.  Bitter in the end?  Don't be shocked if Purdue has a fine season and then drops the Old Oaken Bucket game to Ben Chappell's Indiana Hoosiers.  Furthermore, do not be surprised if last year's close calls were just a harbinger of things to come under hope and that the Boilers show themselves to be sloppy, under-prepared and lacking in poise...MSU-Lite, if you will.

So there you are; go forth and drink. 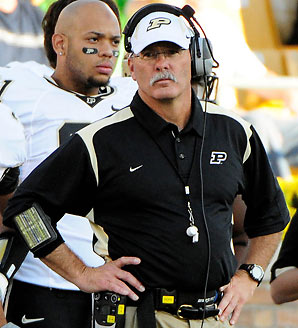 Shit yeah this beautiful flavor-saver gets full of foam when I'm drinkin' a brew!

Alas, today has not been kind to all dark horses...