On Tap: Your Friday Drinking Instructions Are Saving Their Strength

Share All sharing options for: On Tap: Your Friday Drinking Instructions Are Saving Their Strength

August 27 already?  It is hard to believe that in under one week (Thursday, September 2) the moment we have all been waiting for will have finally arrived: Minnesota will go on the road to a Sun Belt opponent and lose (there will also be FIGHT-ing and TRY-ing, but not so much WIN-ing).  Oh, and Ohio State and Indiana will host (and beat) Marshall and Towson, respectively.  All of this means that the time for consuming intense amounts of beer and meat (both in tube and patty incarnations) is nearly upon us.  With this in mind,  YFDI are making sure we're all in top-form before the long, slow decent into alcoholism fandom...(nope, right the first time) alcoholism begins with this week's recommendation.  From Lake Michigan, we present water:

Honestly, we would prefer you would take the environmentally responsible route and eschew bottled water in favor of the free stuff from your tap but either will work for this week's assignment (find us an Eric Idle voice-over for tap water and we'll use it).

Yes, we have spent the off-season partaking in a rigorous training schedule of pouring and then drinking beer 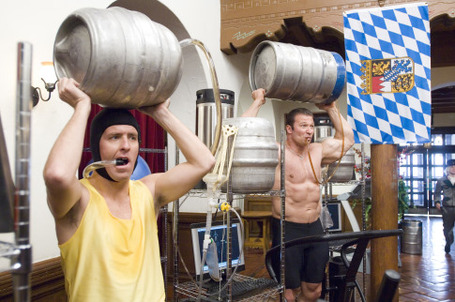 And if you think that's impressive you should see the liver outline pressing through our abs.

Having done our best to stay in drinking shape throughout the summer it is now time for a "bye week" of sorts in order to be in top form by next Thursday/Saturday.  This means hydrating (not too much, though), getting to bed in a decent hour, avoiding unhealthy foods 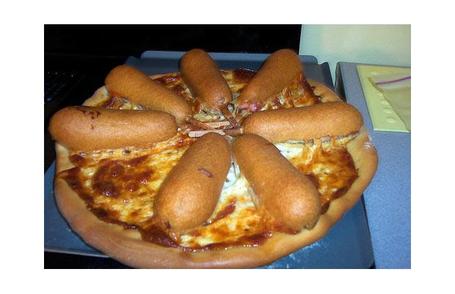 Oh, no, I'll just have the lunch portion, thank you.

and helping our livers heal (the wife suggests St. John's Wort but we think that sounds too much like something passed between Chris Mullen and Bill Wennington in a 1985 Jamaica, Queens locker room).

Now there are those of you who may be looking at this post and having reactions that range anywhere from "lame" to "what the Hell?".  Before you all go pooh-poohing the potential for excitement that water brings we would like you to consider the following:

Water is the source of life.

For those of you still not sold on water we feel it is our duty to at least bring you back to water's noblest function; water comprises the single largest component of beer by a wide margin.  But it doesn't stop there.  Depending on where one lives the water is more suitable for making certain types of beers over others.  For instance, Dublin, Ireland has famously hard water, which is high in mineral content (especially calcium carbonate which can find its way into the water supply via chalk and limestone deposits).  Obviously minerality can have a distinct influence on the way things taste so it makes sense that instead of clean, crisp lagers and delicately-hopped pale ales Dublin would specialize in a very famous type of beer with a robust body to stand up to the native H2O: 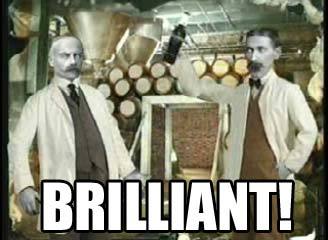 Conversely, the water around the Czech town of Plzen (Pilsen) is unusually soft which lends itself to the production of the pure, bright flavors of (you guessed it) Pilsners.  Additionally, beers from that part of the world may have untold life-saving potential (if you don't click through to that link you're robbing yourself).  How regional water supplies effect local beer production is every bit as important to the evolution of beer as is the availability of other raw ingredients.

So let's hear it for water!  Use this as a week off from drinking before we begin the trek through the 2010 YFDI Gauntlet; you shall be shown no mercy!

Go forth and hydrate!