On Tap: Your Friday Drinking Instructions Are Getting Punked

Share All sharing options for: On Tap: Your Friday Drinking Instructions Are Getting Punked

This past week has seen the return of something all too welcome in this household (thanks, giant AC-induced ComEd bill!); jacket/sweater weather.  No, it has not been cold, per se, but the slight chill in the air has announced that fall has arrived.  As this is the Midwest, and specifically Chicago, our weather will likely rocket back up to mid-July levels and plunge into temperatures reminiscent of Nome, AK before things level out to our typically glorious, two-week autumn. 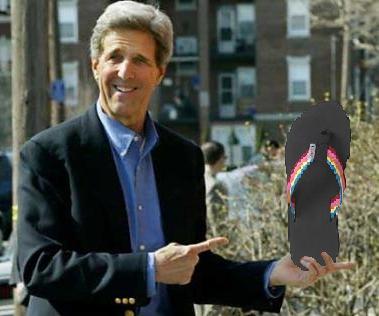 Still, this crisper air has invigorated us and has us thinking forward to the Autumnal Equinox (Sep. 23, all you pagans) and all the glorious things it represents: the turning leaves, freshly-pressed cider, the implosion of the Michigan State football season, etc.

In the beer world, many look forward to fall for the arrival of an old-world  favorite, Oktoberfest.  However, a wise man once warned us about the evils of which the Krauts are capable:

Grampa: Now, my story begins in 19-dickety-two. We had to say "dickety" cause that Kaiser had stolen our word "twenty". I chased that rascal to get it back, but gave up after dickety-six miles…
[the children laugh]
Martin Prince: "Dickety"? Highly dubious!
Grampa: What’re you cackling at, fatty? Too much pie, that’s your problem!

The Märzen, with all of its umlaut-ridden, neo-fascist underpinnings, gets the nod as the default beer for the turning of the seasons.  Well, we are here to free you from this predisposition to the tyranny of groupthink.  This week's YFDI proudly presents an All-American underdog, from Milton, DE (the first state!), Dogfish Head's Punkin Ale:

While Oktoberfest was devised in the heart of Bavaria (presumably somewhere deep under The Eagle's Nest), the pumpkin ale style blends the American spirit of invention and ingenuity with a native ingredient; pumpkins are believed to have first appeared around 5000 BC in what is now the 51st American state, Mexico.  Not only are pumpkins an American crop, but they are a Big Ten crop with Illinois, Indiana, Ohio and Pennsylvania (along with Rose Bowl nemesis partner, California) accounting for the vast majority of U.S. production.  In other words, Oktoberfest is more "Triumph of the Will" whereas a great Pumpkin Ale is "Breakin' 2: Electric Boogaloo" i.e. weird and strangely seductive.

The major knock on so many pumpkin ales is that they attempt to recreate the experience of eating a pumpkin pie instead of actually trying to be beer.  While that may be some people's thing, the methods used to achieve the ol' pie-in-a-bottle beer are dubious at best; flavor extracts and sugar syrups are often part of the routine, resulting in a sickly-sweet beverage that your kids girlfriend drain will love.  DFH's Punkin Ale does no such thing.  This is a rich, malty ale with with a good measure of hop kick to back it up.  DFH uses the same "pie" combo of cinnamon,  nutmeg, allspice and brown sugar in their ale, but where most use these as a flavoring agent, Dogfish Head uses them as aromatics i.e. it has the seductive scent of fresh-baked pumpkin pie, but the flavor of a strong ale.  Oh, yeah.  About that.  Punkin Ale's final quality is that, because it uses actual pumpkins (believe it or not, this is a rarity amongst the style) there is more fermentable sugar in the beer.  The more sugar to ferment, the more alcohol is produced.  Punkin Ale checks in at about 7% ABV, but be careful, it will have you on your ass in a pile of leaves if you're not careful. 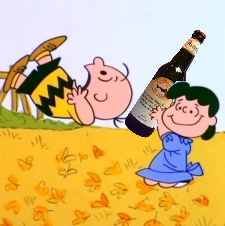 So leave (see what we did there?!?) your preconceived notions of what pumpkin beer is behind and open your mind to a truly great American fall brew.  While you're at it, enjoy it with a big old bowl of another All-American favorite, popcorn.  Go forth and drink!

Editor's Note: Do not miss the links to the Discovery Channel through the Punkin Ale profile page; engineers + beer + explosives = good times!