On Tap: Your Friday Drinking Instructions Are Ruining Their Dinner

Share All sharing options for: On Tap: Your Friday Drinking Instructions Are Ruining Their Dinner

We stand on the precipice of Big Ten football season.  Gritty, no-nonsense backs running between mammoth, farm-raised linemen heading full-speed into the jaws of tackle-first, ask-later defenses.  Icy conditions, gray skies and bitter winds from the Northwest will be the rule of the day and, at some point, a foot of snow wouldn't be shocking: 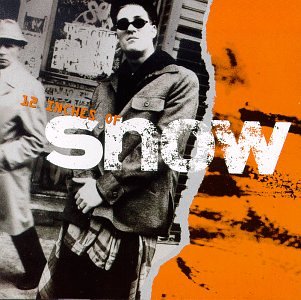 However, before we get to the main course of Big Ten games, we shall be inundated with a full slate of cupcakes.

No, your eyes do not deceive you, reader.  This is not the line-up for the inaugural Big Ten/MAC Challenge. 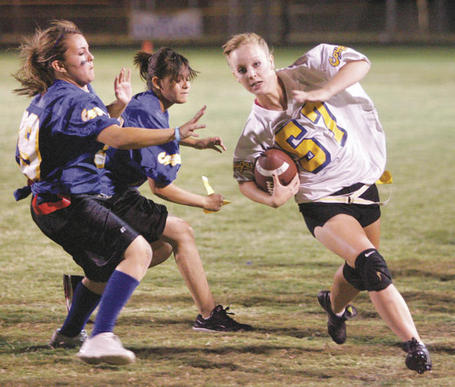 The two Big Ten programs in action this weekend not playing MAC schools (Wisconsin and Michigan State) are playing FCS schools (Ausin Peay and Northern Colorado, respectively).  Needless to say, this is a weekend of empty calories before the gauntlet of league play begins.  In honor of of this cupcake bonanza, YFDI proudly presents...

Initially, the thought of beer floats can be a bit jarring, but when we stop and think about it the concept is not so strange.  Beer, after all, is essentially liquid bread.  We eat cheese (dairy) on crackers, ice cream in cones.  What makes the concept so bizarre is is the thought of the bitterness of beer combined with sweet, rich ice cream.  This is where proper planning comes in.

First off, certain styles just don't work.  Pale lagers (any thing from Corona to Budweiser to Sam Adams Noble Pils) are all but out.  Most highly hopped beers (IPAs or Rye Pale Ales) also make for generally difficult partners.  The easiest and most versatile beers to use are those that share similar characteristics with certain ice cream flavors or those that provide a pleasant contrast.  To point, a bourbon barrel-aged stout (Goose Island's Bourbon Co. Brand Stout, for example) with it's rich vanilla notes will pair beautifully with a real vanilla ice cream while the bittersweet chocolaty flavor of Young's Double Chocolate stout will find a willing foil in that same vanilla ice cream.

A second and important rule to follow; do not use ice cream with a bunch o'stuff in it.  There will already be enough going on in your mouth, don't add to the confusion by having marshmallow swirls and almonds competing with your Guinness.  Sadly, this all but eliminates Ben & Jerry's and some truly excellent flavors (Rocky Road, Moose Tracks, Mint Chocolate Chip, etc.).  Simple, pure flavors are typically best: Chocolate, vanilla and coffee are going to be used in the vast majority of recipes although certain fruit beers (strawberry, blueberry and peach) work really well with hefeweizens.

The next bit of advice refers directly to the above video.  Regardless of whether the ice cream or beer is first into the glass, the addition of the second ingredient will create a ton of foam/head.  Either pour very slowly or just have a towel at the ready.  Also, the video correctly shows that the ratio of beer to ice cream should essentially be one-to-one.  Too much beer, and the concoction will just taste like an "off" brew whereas too much ice cream will just have the beverage getting lost and be a waste of a quality product.  By no means is pairing beer and ice cream a science.  Certain combinations feel like they should work and don't while the same is true for the opposite.  The important thing to remember is that the entire process, from the dessert + buzz = awesome to the experimentation aspect of the endeavor, is supposed to be fun.

Here are a few pairings that we have found to be successful in the past (and, as with cooking, quality ingredients make for quality food i.e. do not go with the off-brand ice cream):

There are other intriguing concepts.  An IPA with a citrus-y hop profile balanced by a significant malt body (Bell's Two Hearted Ale comes to mind) can create a Creamsicle effect when paired with vanilla.  As mentioned above, the full-bodied, bready  flavors of a true German hefe work wonders with fruit ice cream (although avoid hefes that lean too far in the direction of clove-like yeast).  The possibilities are endless.

So there you have it friends, indulge in your dessert before your dinner...and if you're Minnesota, pray your sweets don't result in a cavity.  Go forth and drink, and scoop, and drink!