Share All sharing options for: Monday Happy Hour Has Hokeamania! 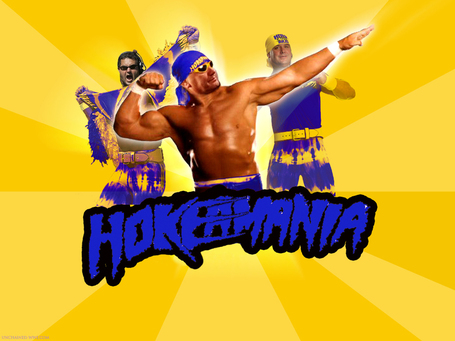 MIKED UP: Brady Hoke at Michigan brings up question about Ball State - Things you never thought you'd hear in your life for $1000, Alex:

Often in the Big Ten, the best football hires aren't the biggest names - Dating back to Woody Hayes and Bo Schembechler, many of the best hires in the Big Ten weren't big names until they made their names. I hope the Cleveland Plain Dealer is right about this one, because there have been plenty of no names that've stayed that way too.

The MZone Sums Up My Feelings About Anyone Upset About The Hoke Hire - Kudos to Yost and the guys. This is dead on.

Brady Hoke Promises a Restoration at Michigan - Our old buddy Jim Carty resurfaces at the New York Times with a great piece on Hoke. Great to see Jim writing again.

Hoke Has Reputation as a Player's Coach - More Carty on the Hoke hire.

Recruiting among new U-M coach Brady Hoke's strengths - Sam Webb is high on Hoke's abilities as a recruiter. I hope he's right. Michigan needs a lot of help over the next two weeks to secure even a decent recruiting class for 2011.

Friends, family excited for new Michigan coach Hoke - He may be at Michigan, but Hoke's hometown folk are happy for him.

Denard Robinson on returning to Michigan - The star quarterback confirmed in a video interview with Michigan athletics website today he will return to play for new coach Brady Hoke. A small excerpt:

"My teammates, we talked, and I told them, 'I just can't leave you out there.' I've been around these guys two years and we've bonded and it's like a family here. There's nothing like this. This is my family … this is home now. My parents and all my family they call this my second home. I couldn't let it go."

New U-M offensive coordinator Al Borges will adapt to Denard Robinson - Borges apparently will run a Pro-Style offense with Denard at the helm. Or... adapt the pro style to fit Denard's skill set. Think about it. It can work. Right? I think so. An actual pro set, pocket around Denard, and when nothing's open he takes off for 15 yards. We'll see.

Heisman winner Charles Woodson wants U-M to be respected again - Woodson repeats everything he's said about Michigan football for the past three years, except says it positively.

Poor shooting foils Michigan in loss to Indiana - Sigh. More of what we can expect this season was on display Saturday. Despite playing the No. 2, No. 3 and No. 4 teams in the country tight, Michigan is also capable of getting blown out by a bad basketball team. The Wolverines continue to struggle hitting outside shots and can't seem to stop anyone from making theirs. Indiana only missed 14 shots on the night and managed to shoot 67% from the field. The Wolverines are going to be in a lot of trouble if they allow teams to shoot even close to that level the rest of the season.

Defensive lapses make comeback impossible for Wolverines - Indiana outrebounded Michigan, 37-18, the biggest rebound margin the Wolverines have had all season.