For some reason Thursday night was quiet. There weren't a lot of games on, there wasn't a lot on the line. There were three teams marginally on the bubble playing, but none of which really will affect Michigan's bubble status. And none of them went Michigan's way. The big kick in the scrotum was Washington St. taking out USC. Sadly it appears the Cougars are playing themselves into tournament contention. It's still a long shot, but a loss on their part would've been good to kill any left over good will for a very down PAC 10 this season.

Though the games went the wrong way, Michigan's chances to make the tournament remain unchanged. Mostly because Michigan didn't play on Thursday, but since things are kinda quiet until Saturday we're forced to look outside our comfortable little world for things to talk about. But before we venture too far into the great, scary beyond let's look at last night's NCAA results. Here's what went down (Rooting Guide Instructions Underlined): 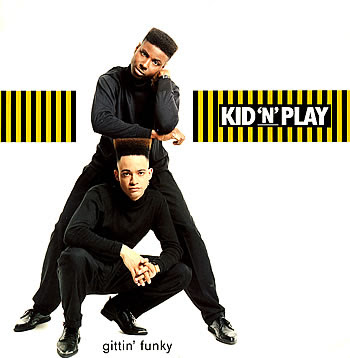 Sadly I can't find a picture of Hopson's fade in it's full, glorious, rim rockin' awesomeness, but watching the game last night I was mezmerized. The kid is a hell of a ball player, but being awesome and combining it with Scottie Pippen's hideous hair style takes stones the size of battleship propellers. Barbershop clippers and late 80's-early 90's "rap" aside, Tennessee is in the tournament. There's just too much talent on that squad. They could've screwed the pooch last night, but they didn't and no one is going to want to face them as a ten or eleven seed.

But, in honor of your win, your dunkage, and your fade, Mr. Hopson, I give you a little early 90's funkiness...

UCLA Bruins 63 @ Washington Huskies 70 - I'm not convinced that Washington was really on the bubble to begin with (as they already had 19 wins compared to just 9 losses), but people seemed to think they were. Not anymore. The Huskies topped (then) league leading UCLA by seven and have safely removed themselves from the bubble regardless of how they play in their last regular season game. 20 wins and an RPI of 41 means they're going dancing. That's three lock PAC 10 invites.

USC Trojans 77 @ Washington St. Cougars 85 - I'm not as concerned with this one as Washington State's RPI is in the 70's and their SOS is 92, but they've got time to impress people by closing strong against Tourney lock UCLA. Don't underestimate the desire to keep the West Coast interested in the Tournament. If the Cougars hit 20 wins, even with a horrid SOS, they'll get tournament consideration. While I still think of the Cougars as a team similar to those 22 win Tommy Amaker teams (lots of wins over no one), they're good enough to win a game or two in the tournament. You really, really need to root against them on Saturday.