WHY YES I WOULD LIKE SOME PIE... A/K/A Ways To Deal With the College Football Off-Season

Share All sharing options for: WHY YES I WOULD LIKE SOME PIE... A/K/A Ways To Deal With the College Football Off-Season

I hate this time of year. There's so little to talk about that interests the college football side of my brain (i.e., all of it). Now you know why I've been in hiding the last few weeks. Other than the condensed spring game that didn't feature half of the starting lineup, the only thing we can really do is rent a windowless van and camp out at recruiting combines until the cops come and make us move on. Or arrest us. One or the other. Yes officer, those are my pants over there. Why do you ask? /shudder/

In order to escape the doldrums of everyday life we must find new ways to occupy our thoughts so that the horrible, horrible reality of no college football doesn't set in. I've covered some of this before, but it seems as though it's time to update the list a tad.

While we wholly support the use of booze to get you through the off-season (age permitting of course), at a certain point you wake up covered head to toe in Cheeto dust with Maury Povich's show blaring on the television at 4am while the remnants of your freezer drip onto your kitchen floor because you forgot to shut the damn door when you were rummaging for a frozen pizza to stick in the microwave (because you didn't want to wait for the oven). Yeah. That.

So, in an effort to save you the trouble of refinishing your kitchen floor, replacing your microwave, and the cost of dry cleaning your entire body (because Cheetoe dust never, ever comes out), we're here to help. We've been trying some new methods of surviving the college football off season, and we figured we share them with you. You're free to follow our lead on this, or not. To each their own. But we figured you've got nothing better to do, so we'll catalogue our efforts to survive it all as the spring and summer roll by.

Here's what we've come up with so far:

Competitive Eating - Nothing gets the competitive juices flowing like trying to eat a whole thanksgiving dinner in under 3 minutes in front of a group of strangers, outdoors, on an 85 degree day with 90 percent humidity. Mmmmm. Reflux. But think about it, really think about it, isn't just it like tailgating right before a game? You've been drinking since 8am, naturally forgetting that the grill's been going since 10am, and you're approaching kick off. So what do you do? You throw the 26 bratwursts you brought on the grill because you left the lid to the cooler off all morning and the ice water is now a nice lukewarm kiddie pool, complete with cigarette butts and bottle caps (or, if you're at Ohio State, poo), and there's no way your sausages won't turn into a science experiment before you get home tonight.

Now, add in the nervousness you get before a game, the time constraints of having to eat all this food with your buddies before kick off, and the total disregard for what a disgusting pig you look like as you shove them into your gaping maw as you try to wash it down with an equally lukewarm beer and.... viola! You've recreated the gameday experience all the way down to the nausea, how disgusted your wife is with you, and three ton dump you have to take after the game. Awesome.

Pie - Who doesn't love pie? Hippies. That's who. They hate pie. And America. You're not a hippie. You love Football. And America. And J Leman. And Pie. Pie and America are synonymous. America and Football and synonymous. Therefore Pie = Football. If you don't love Pie, you hate Football. And America. And that means J Leman is coming for you. J Leman don't play. Who do you think killed Osama? Here's a little inside info from my days in DC, "Seal Team Six" is J Leman's White House code name. Don't fuck with this man, eat your pie and love America. Love Pie. Love Football. Or he'll fucking kill you. And not just with those puppy dog eyes. 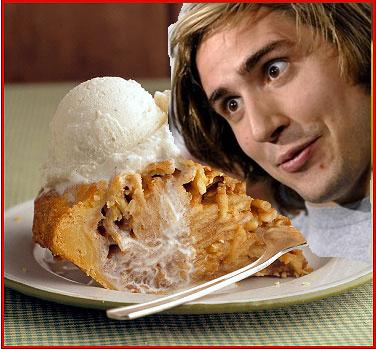 I said EAT YOUR FUCKING PIE!

Caribbean Vacations - I know, I know, the Caribbean doesn't care about football so why would you ever go there. It's not like Trinidad University's team has ever been any good. I mean they only care about futbol, not the real football that we do, and their beer sucks! Have you ever tried Red Stripe? It's like they found a way to bottle in the taste of urine without all the health benefits. How can you do this? Easy. 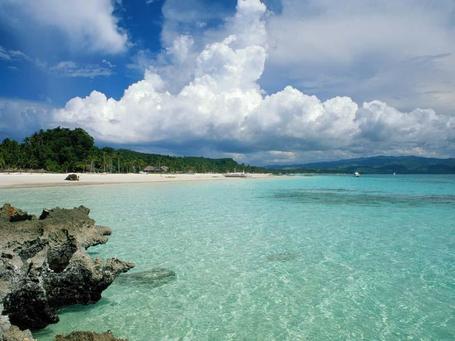 Yeah. That'll do nicely. As an added bonus you can pretend to be a pirate. And who doesn't love that? (The natives, that's who).

Keep Track of How Many Drafted Players End Up in Jail Before Their First Professional Game - It's like a Senior Bowl version of the Fulmer Cup. Kind of an All-Star game for petty infractions, DUI's, assault, and drug running for players who've left college but still exist in that nebulous ether of time before they can actually collect a paycheck from someone other than Aaron Kniffin.

You know you're watching the Carolina news wires with rapt attention just waiting for for word that Cam Newton punched a drugged up hooker while drivng 90 in a school zone after robbing and orphanage (BTW, if anyone can photoshop what that would look like I'll do a post comparing you favorably to LaMarr Woodley). They've got a little money in their pockets, a brand new car, no one to report to. It's summer vacation all over again, except with ready access to everything that will land you in jail including sycophantic leaches who will constantly tell you that not only can you outrun that cop, but that you should! As an added bonus, it's early in this second season of the Fulmer Cup, so there are PLENTY of misdemeanors, fenolies, and scooter accidents left for you to chronicle! (Also, bonus points to the person who comes up with the best name for this enterprise!)

Prank Call Your Rival's Head Football Coach Pretending To Be A Highly Sought After Recruit - What better way to spend your summer than pretending to be a 18 year-old athlete on the phone with a grown man on the other end. Wait.... /shudder/... That didn't come out right. Never mind.... /urp/.... Anyway, you can waste valuable recruiting time for your rival and throw them off the scent of a recruit! Just make sure that you call from your home number, that way the cops will have no trouble tracking you down. One caveat though, don't do this to Iowa State's AD. That poor bastard has enough trouble with Gary Barta.

So that's what we're up to here. It ain't much, but it's a start. Add your thoughts in the comments and we'll probably end up trying it.