Share All sharing options for: Remember Me: Josh Furman

A part of a new series highlighting our redshirt freshman who will be actually playing on Saturdays for the first time in their Michigan careers.  Previously: none. 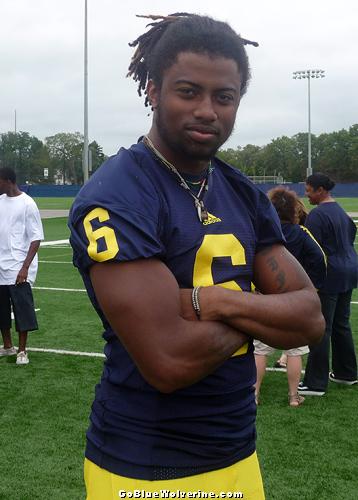 Josh Furman, one of many bedreaded players for Michigan, was a pretty hot prospect coming out of Old Mill Senior High in Maryland.  A 4-star to Scout, he was ranked the #7 safety in the class of 2010 with reported offers from Duke, Maryland, Pitt, Rutgers, Virginia Tech, Oklahoma, and West Virginia.  As an East Coast kid, you've got the expected ACC schools in there, but the addition of Oklahoma late, and reported interest from LSU and Florida put Furman into the realm of "big time."  His 40 time out of highschool was reported at 4.36, which would have placed him 3rd best at the NFL combine this year, and earns him a solid 5 FAKES out of 5 on the mgoblog inspired scale.  The time, however, was at a real-live combine, so it's verified to a certain degree.  With all the variables involved with the 40 yard dash, I guess I'll go 4 FAKES out of 5.  The kid is fast, no matter what his actual time.

Despite the impressive speed and offer sheet, Furman's recruit rankings seemed low.  He was only a 3 star to Rivals and ESPN.  This is because he played most of his high school career at running back instead of defensive back, the position he projected to (and ultimately has filled) in college.  As a DB, he definitely needed some work, and his redshirt year has allowed him to do just that.  First, he's added 7 pounds to his now-207 lbs frame, which puts him solidly in the realm of safety, the position he's now playing at Michigan.  At 6'2" he certainly has the size and speed to get physical with receivers, or play run support at the line of scrimmage.

Furman was recruited to play that Spinner spot that saw Stevie Brown's career get revived.  Under Mattison though, Furman is a straight up safety.  Some of the "why aren't his ratings higher when his measurables are off the chart?" question was the fact that Furman isn't quite right for a traditional 4-3 defense.  His frame suggests that he's got another 10 to 15 pounds he could carry - my guess is that they want his playing weight around 205 so that he can play that traditional safety roll.  His strength coming out of high school was attacking vertically, which made him perfect for the 3-3-5 "tweener linebacker/safety" role under Rodriguez.

As for this year, Josh has competition at the safety spot from Carvin Johnson, and Marvin Robinson.  All are physically imposing, but after the disaster that was "the secondary" last year, physically imposing doesn't really cout for much.  During the Spring Game, Furman played fairly well, as did the safety group as a whole.  IIRC, Marvin Robinson blew his angle of Cox's rumble for a TD, but that was about it in terms of positionally unsound blown plays from that group.

Furman will likely get a spot this year on special teams, and will be given the chance to contribute to the safety position as a backup.  His measurables are off the chart, so it's hard to imagine that he won't be on the field in varying capacities this season.  With fellow safety Ray Vinopal leaving the team for personal reasons, Michigan remains razor thin in the secondary, and Furman is probably next in line should there be an injury.  Jordan Kovacs likely has the Strong Safety spot locked down, and my guess is that the starter at Free Safety will be either Marvin Robinson or Carvin Johnson (maybe Thomas Gordon?).  Furman is next in line, in that grouping with Brandon Hawthorne, and whoever the two losers of the Marvin Robinson/Carvin Johnson/Thomas Gordon battle are.  As for the future, Furman is a part of your prohibitive safety group of the future as he continues to refine his skills.  This year, he could see time should the starters flounder, adding some much needed speed and athleticism to the Michigan secondary.  What remains to be seen is whether he can put that speed and athleticism to good use, because it doesn't make a difference if your the fastest guy on the field if you're running the wrong direction. 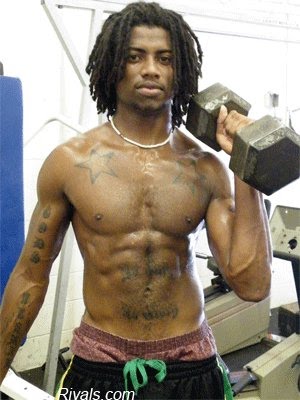