Cars For Everyone! Ohio State's NCAA Scandal Somehow Seems To Be Getting Worse

Share All sharing options for: Cars For Everyone! Ohio State's NCAA Scandal Somehow Seems To Be Getting Worse

The Columbus Dispatch continues to show the sports world how to do an investigative report. Also how to bring down a crooked program. Read, laugh, cry:

In 2006, the auditors' review of athletes' car registration forms found that they were incomplete and sometimes inconsistent with the car registry maintained by University Transportation and Parking. Compliance officials vowed to correct the problem.

Repeat that until your head starts to hurt. When you think about it .289 is a great batting average, but that's not the point here. This should more like a save percentage in hockey, because that's what a compliance department is, a goalie. Every time that light goes on and the horn sounds, something bad just happened.

Ohio State's compliance department offered as much protection to the school as President Garfield's secret service detail. This is organizational incompetence on a Wilie E. Coyote level. In motoring terms, this is matched only by the  Ford Pinto. In aviation terms, the Hindenberg. In finance, Lehman Brothers. All these in examples are incomprehensible failures of the people in charge and all of the above exploded, killing everyone in a two mile radius.

But that's all in the past. I'm sure they did something about it to fix the problem.

An audit of Ohio State University's compliance department in November [of 2010] found that it was not doing enough to monitor the use of cars, uniforms and equipment by athletes.

The OSU auditors wrote in November that the department needed to pay more attention to athletes' cars, particularly those driven by football players, and needed more control over the inventory of uniforms and equipment.

Okay. Maybe not. But I'm sure they got right on things as soon as the word of the TatGate fiasco got out.

I'd love to see what the Ohio State Fire Department looks like. I'm assuming it rolls up to fires in one of these. 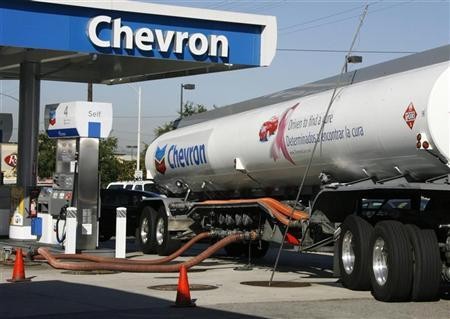 Ohio State's compliance department's negligence in this whole fiasco is bordering on criminal. Compare what you've read above to the veritable prostate examinations performed by Texas and Michigan's compliance departments(half-way down) as told by two involved parties. What makes it even more deliciously awful, is that Ohio State's AD Gene Smith is on record saying "All is well. Remain calm. There's nothing else to see here." Then, he gave OSU's compliance director the highest possible performance review weeks before word got out of his incompetence.

The fact that almost a third of Ohio State's athletes were observed to be driving around in cars that weren't registered to them, or registered in the Ohio State system, is beyond incomprehensible. Take the example of the Texas compliance office:

If you have a car, the compliance office will have the make, model, and plate number. You have to show how you are making payments or who is making payments. They let you know that if you drive something other than the car you tell them about, it better belong to a family member and if you park it on campus you have to bring it to the attention of the compliance office. God forbid that the UT Parking Nazi’s give you a parking ticket and it go unpaid before sunset. Got an unpaid ticket? MadDog had a way to remind you to park in your correct spot and that’s AFTER the ticket was paid. If you live off campus, you have to provide your lease at the beginning of each semester and show where the money to pay the rent is coming from.

Imagine. A department set up to monitor things that actually does its job. If only such a thing existed. /sarcasm/

Databases like these are incredibly common in big time college athletics. Perhaps not in the SEC, as computers are still viewed as tools of the devil, but just about everywhere else. Schools in PAC 10 and Big XII have this stuff set up, and it works (witness Texas, a school that has a MNC in the last decade and is on par athletically with OSU).

It's really not that big a deal to set up an Excel spreadsheet for each player, or have a paper hard file, that contains sales prices, dates of purchases, co-signers, values, payment schedules, and the financial information of the student athlete. All you need is one, maybe two people to collect and maintain this type of data. Don't act like it's an invasion of privacy. If you took out loans in college you know that the school and the bank knew about every dime you and your family had, including that ziplock full of hundreds you taped behind the toilet in case the "guvment" comes in looking fer ur gunz. It's ain't too much of a stretch for an athletic department that takes in over $100 million every year to spend $100 on a good spreadsheet program. Then, you know, maybe pay some recent grad $1.50 an hour to input collect and input those numbers (it is an employer's market, afterall). It's not that hard to do. What was that last quote again?

Okay, so what does this mean? It means Ohio State's in deep doo-doo. From the NCAA's Committee on Infractions:

ACTS THAT ARE LIKELY TO DEMONSTRATE A LACK OF INSTITUTIONAL CONTROL:

Let's take a look at this, one item at a time, shall we?

Point 1, "failure to establish a proper system for compliance or failure to monitor the operations of a compliance system appropriately" I think you've got enough evidence of this from OSU's own records, or lack thereof, regard the athletes' cars. OSU's know about these issues since 2006 (at a minimum) regarding student athletes' car registration. Almost five years later the problem persists. Yeah. I'd say this one is a pretty clear cut CHECK.

Point 2, "A person with compliance responsibilities does not take steps to alter the system of compliance when there are indications the system is not working." See above. You've known about the problem with the cars since 2006 and players still aren't reporting. You put out an APB on cars and tats in November of 2010 and it's still going on. There's evidence that OSU knew that equipment was going missing while all of the above was going down. CHECK.

Point 3, Who's in charge, oh yeah, no one. There's more finger pointing in Columbus right now that at a liars convention. Jim Tressel was in charge it's all his fault. No it was Compliance director Doug Archie. No, it was Gene Smith. And so on. It appears that the buck stops with Archie and Smith, but this story is so screwed up who the hell knows? I don't have enough to back a charge on this, so no check.

Point 4, whoever's in charge is everyone's bitch. No clue on this one. I'm guessing by the way that no one seems to respond to information requests or the number of outstanding question marks on OSU's auto registrations would lead you to concluding this was an issue, but again there's nothing to back it.

Point 5, "The institution fails to make clear, by its words and its actions, that those personnel who willfully violate NCAA rules, or who are grossly negligent in applying those rules, will be disciplined and made subject to discharge. Sorry, I've gotta use the whole block quote here. You know why. Oh Gordon Gee, you're the gift that keeps on giving. - CHECK.

The NCAA might impose further sanctions against Tressel and Ohio State, but it's clear the school won't hold Tressel accountable for his actions.

"No, are you kidding me?" Gee said. "Let me be very clear. I'm just hoping the coach doesn't dismiss me."

[Gene] Smith was equally as supportive.

"Wherever we end up at the end of the day, Jim Tressel is our football coach," Smith said. "All the speculation about him being terminated is pure speculation. This case, in my view, does not warrant it."

Point 7, failure to investigate or direct an investigation of a possible significant violation. HAHAHAHAHAHAHAHA. Yeah. CHECK.

Point 8, head coach fails to create and maintain an atmosphere for compliance. So much CHECK.

So, out of eight examples set forth by the NCAA's Committee on Infractions of conduct that can be determined to constitute a lack of institutional control, Ohio State is facing damning confirmation on six of them. Not only is there a failure to monitor here, but there's an active cover-up on at least one of these obvious incidents (tatgate). This isn't even beginning to cover the colossal screwup within the compliance department regarding athlete's cars. The concept of an open secret here doesn't apply. Ohio State knew what was going on and did nothing to fix a broken system.

I don't know how it can get worse from here, but it seems that it will.