One, however, caught me off guard.

You see, a couple summers back one of our loyal readers, Brian Koffler, met a lovely girl while at a summer program at the University of Michigan. Brian and this young lady, Jessica Greene, started dating that July and have continued doing so for the past couple of years despite living an hour apart back on the east coast.

Back when Maize n Brew relaunched, Jessica sent me an email asking if I could help her out with something. She told me how much Brian loved Maize n Brew, how big of a Michigan fan he was (being a legacy has a tendency to instill fandom deep down into your bones like that), and how much it would mean to both of them if I helped out with something. I don't want to steal Jessica's thunder, so I'll let her take it away in her own words.

I love you so much and I could not think of a better way to ask...will you go to prom with me?

Who am I to say no to young love? Especially when it has such an awesome connection to the University of Michigan.

So you kids have fun at prom, and I definitely want a picture of the two of you decked out in Maize n Blue to run on the site as a follow up.

Here is a picture of the young couple. 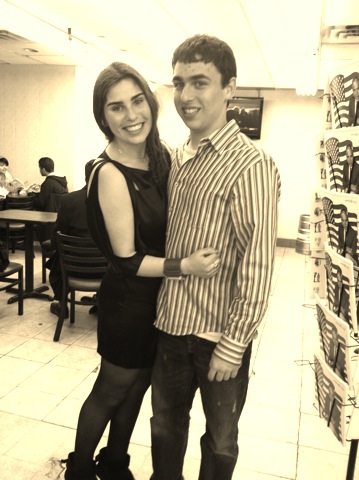 Wish them well in the comment section, and as always...