Maize N Brew Field Trip: A Night Out At The 2012 BRU Fest

Share All sharing options for: Maize N Brew Field Trip: A Night Out At The 2012 BRU Fest 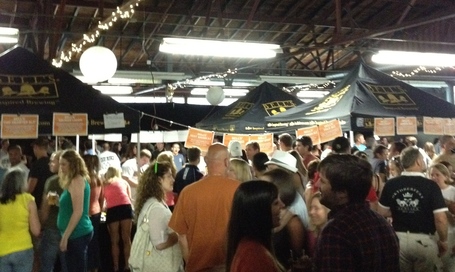 Maize n Brew was lucky enough to be invited to the 2nd annual BRU Fest at the Royal Oak Farmer's Market this past Saturday evening. As an ardent supporter of ice cold beer and free food, I jumped at the chance to check out the event, and will be forever thankful that I did.

Being only a 10-minute walk from the heart of Royal Oak is fairly nice perk, so I scooped up one of my roommates, Matt, to serve as an unofficial Maize n Brew ambassador and we made our trek downtown. At the door we were presented with a pair of wristbands and each handed a trusty BRU plastic glass, which contained exactly ten wooden tokens and four long strips of Monopoly-sized paper.

Each wooden token equated to one 5 oz. sample from Bell's Brewery's 15 different beer selections, while each strip of paper was good for either one Bagger Dave's burger or a 4-piece tray of Buffalo Wild Wings' chicken wings. Thankfully for us, we came thirsty and with our appetites fully intact. 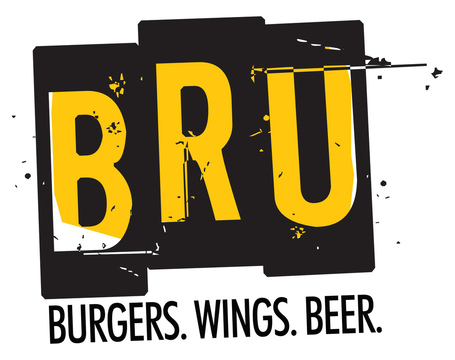 The indoor set-up was broke off into the two most logical sections: food and beer. Hundreds of like-minded beer aficionados had already converged on the multiple Bell's tents manned by dozens of workers when we waltzed in, and the parched feeling in the back of my throat made our first decision a predictable one.

I reached into my pocket and grabbed my first token. It began...

Bell's Cherry Stout
The first selection of the night. I couldn't remember ever actually drinking one of these in full before, so it seemed like a decent starting point. The cherry taste wasn't too overpowering, and you definitely pick up that chocolate vibe. Even though it packs a 7.0% alcohol content, it looks/tastes a tad stronger. 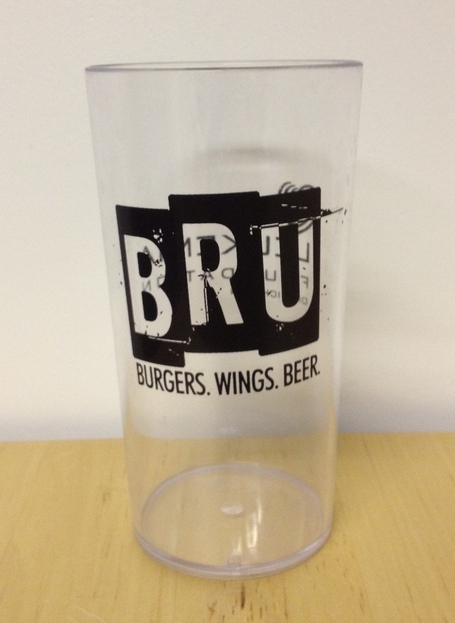 Bell's Hell Hath No Fury
The beer I compared to Thomas Gordon two weeks ago, I felt compelled to add this to my list early on before my taste buds began to waver. The result was a very impressive mixture of a Belgian wheat and the darker, maltier stuff Bell's is known for. The 7.5% ABV is a bonus too, as this was a very smooth, enjoyable beer all-around.

Bell's Oarsman Ale
No idea why this came third, but maybe the Oarsman name intrigued me. Either that or I was standing right by the line/keg. I remember not being a huge fan of the flavor, though, mainly because the pourer loaded my glass up with roughly three extra ounces. The sour taste might appeal to some and it is quite easy to drink, but looking back I probably should have skipped this one. 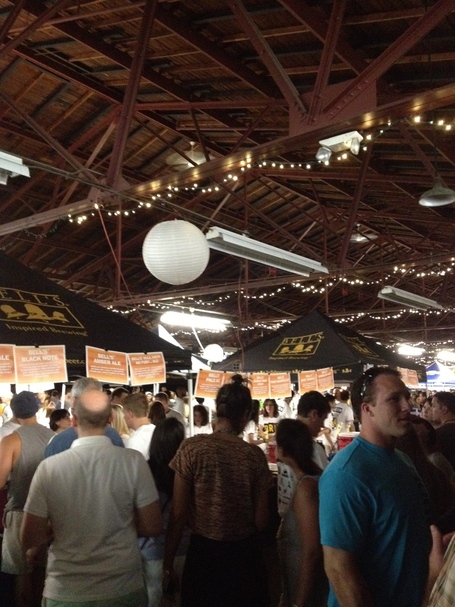 Bell's Best Brown Ale
After an unexpected run-in with Chevrolet Dealer and event sponsor Mike Savoy (Matt previously worked for him), I sauntered back over to the beer tents for a refill. I came back with a pre-planned double dose of Best Brown, a caramel-flavored dark ale that absolved my taste buds of any Oarsman-inspired after effects. My two token purchase turned into an overflowing glass that I may or may not have spilled on my shoe at some point, but let's not focus on that. The 5.8% Best Brown, though, was absolutely worth it.

Bell's Sparkling Ale
On Matt's suggestion I opted for the Sparkling Ale next, and upon first taste was pleasantly surprised. I'm normally not a fan of fruitier brews or even wine/champagne for that matter, but for a beer with an extremely high 9.0% ABV, this seemed to have a perfect balance of every ingredient. By this point I wasted little time gulping down the rest and made a mental note to grab another glass before my token haul ran dry. 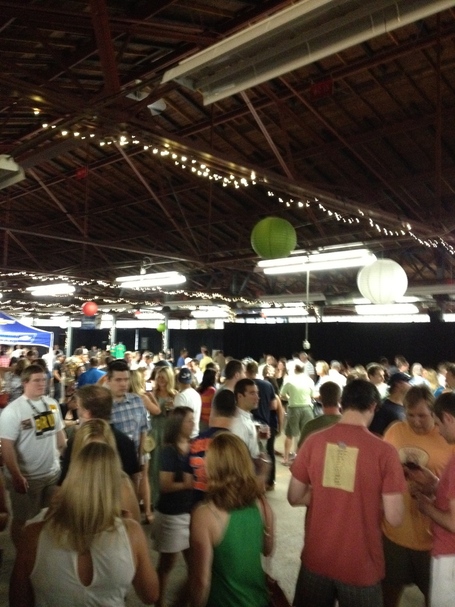 Bell's Two Hearted
Not many varieties of Bell's beers can match up to Two Hearted in my book, so I made the obvious choice and used my 4th remaining token on a longtime favorite. When the pourer handed me my glass back, however, it was unmistakably filled to the top, which was a pleasant surprise. I quickly realized the guy working was handing out full glasses left and right though, so apparently it was standard protocol. A much more pressing mental note was made on this end.

Bell's Black Note Stout
As a casual fan of BeerAdvocate.com, I was well aware that the Black Note Stout's 98 overall rating made it a must-try after seeing it on Bell's beer list. Thankfully for me, the jet black color and 11.5% ABV probably scared a decent amount of people away, so there was plenty to go around as the night pressed on. Black Note is quite similar to both the Expedition & Double Cream Stouts, but seals the deal in the end with a slight hint of bourbon. My only complaint was the all-too-measured pour of five ounces I was given after surrendering my token. 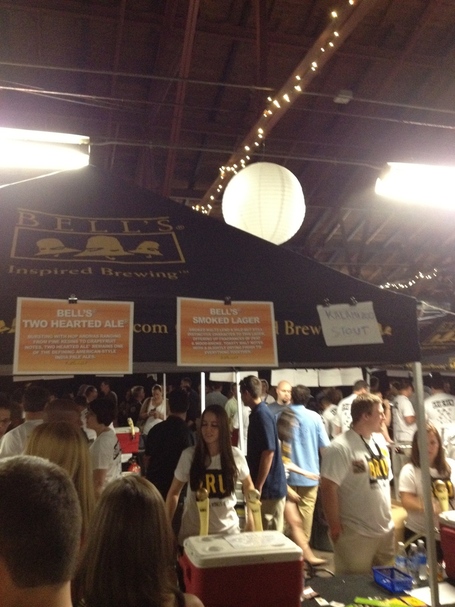 Bell's Two Hearted
It was time to see if my good friend doling out the Two Hearteds had changed his ways. And by the look of the 10-person line waiting for his pour alone, while all other nearby beer lines sat virtually empty, it appeared that he hadn't altered a thing. I took my full glass in stride and made a beeline through hordes of people to grab a tray of Honey BBQ wings, a belatedly brilliant decision.

Bell's Oberon
Capping off the night with a Sparking Ale was the plan here, but it took a few confused stares for me to finally realize why I couldn't find it amongst the others. Apparently the star beverage of the evening, the kegs at each side of the tents for the 9.0% Sparkling Ale had run dry by this point. The wise people at Bell's countered with the highly-rated Kalamazoo Stout, but I opted for an old classic in Oberon with my final token. Probably one of the most well-known of Bell's brews, it's hard to find fault with Oberon's total package, as its a refreshing, citrusy beer that's perfect for summertime

After taking in every bit of the atmosphere, the beer, the Bell's-flavored Treat Dreams ice cream (believe it), a handful of wings and plenty of live music, I used up my final two tickets to snag a pair of Bagger Dave's burgers to-go for our stumble back home. Our awesome night on Maize n Brew's dime for the Children's Leukemia Foundation had come to an end. So yeah, who's comin' next year?