Share All sharing options for: On the cutting room floor: Failed pitches for Big Ten Network shows by former coaches 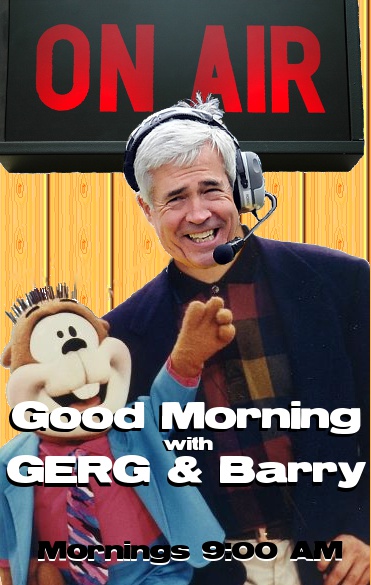 There has been a good deal of coaching turnover the past few years in the Big Ten, and while different fan bases can look at this as a positive -- who really wants Ron Zook coaching their team? -- we have to look deeper to find the real victims.

Jim Delany's love child, the Big Ten Network, isn't just about showing football games on fall Saturdays and milking money out of unwilling cable providers (but I'll support anything that screws over Comcast cable). No, BTN is about quality programming for life.

One thing that is often overlooked is that these coaches aren't just molders of men, they have other skills and interests too. The Big Ten Network, hungry for daytime programming that wasn't women's field hockey and re-runs of Indiana/Purdue football games from the 90's, set about trying to bring you thoughtful daytime programming while exploring the interests of those coaches who roamed the sidelines each fall.

However, coaching turnover and general lack of interest meant that many of these shows were scrapped before they hit the air, while some former Big Ten coaches that weren't very busy as SEC position coaches simply couldn't get their shows off the ground despite solid pitches. Maize n Brew was lucky enough to get ahold of an old memo from the BTN offices that outlines just what some of this programming would have looked like had it been green-lit years ago.

From: BTN Director of Programming

RE: Daytime programming for 2009 and beyond.

As we discussed a few months ago, the daytime options for programming have gone stale. I can't keep running tape of the 1999 MicronPC.com Bowl. It is having a strange effect on the production interns who seem more and more depressed each day, and frankly, the hate mail we are getting about it is too much. As you requested, I have put together a few pitches for daytime shows that feature some of the Big Ten's finest coaching talent from both yesterday and today. You would be amazed at how open and easy to work with some of these guys were -- it's like they didn't have any coaching responsibilities at all. I think we have some real winners here.

Good Morning with GERG and Barry

What better way is there to start your day than with a morning show that features Greg Robinson and Barry the stuffed Beaver? Greg Robinson isn't just a savvy veteran defensive coordinator, he is a home-maker, chef, and interior decorator. GERG will be joined by his trusty pal Barry, the wise-cracking stuffed beaver that is puppeted by veteran puppeteer Frank Oz. Join GERG and Barry as they interview some of America's hottest names in the entertainment industry, while taking time for segments to help you, the Big Ten football fan, build a better home. Need hair care tips? Want to know the latest trends in interior design? Have absolutely no interest in defensive schematics whatsoever? Then wake up with GERG and Barry in the morning.

Former Michigan State coach John L. Smith is back in the Big Ten footprint with his own daily call-in advice show. Join John as he takes viewers calls and helps them work through their problems on air. He may be horrible at in game coaching decisions...

Well, John L. can still help you turn your life around with relationship, parenting, and career advice. Unless your problems are related to proper end of game management. Then you're both screwed.

Every week Minnesota head football coach Tim Brewster switches jobs with a Minnesota fan to get a better look at the life of working class Minnesotans in the 21st century. One week he might be a laborer on a dairy farm, the next he could be a receptionist at a doctor's office. The one place he won't be is on the Minnesota sideline; this is a vastly better situation for Minnesota fans. What will Tim learn about life in the heartland? Tune in to find out.

Think the disturbing and exploitative nature of The Jerry Springer Show, but with former Michigan State coach Bobby Williams hosting, every show slowly devolves into chaos and ends with Bobby looking into the camera -- in front of an all-out brawl between guests and audience members happening in the background -- and admitting that he has lost control of the show before the screen cuts to black. If you love the unpredictability and, frankly, the white trash-y nature of The Jerry Springer Show, you'll love The Bobby Williams Show.

Jim Tressel hosts BTN's first game show as current Big Ten players take money that they "earned" through "totally legal and above board" jobs while under scholarship as student athletes, and invest it over a series of rounds in different games and challenges. Spin the roulette wheel in hopes of making the big bucks, just hope that the NCAA doesn't start snooping around! 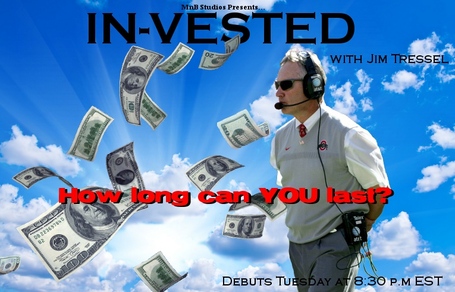 Ron Zook helps play matchmaker in BTN's foray into dating shows. Every week Ron will take three hapless Big Ten fans, give them a makeover, and coach them on the finer points of picking up women. Then it is out for a night of drinks on the town. Ron will hit on beautiful women to get things rolling, but when he fails to close the deal it is up to each of the men to succeed where Zook failed. The winner and his beautiful date get a trip to either New Orleans, Pasadena, Miami, or Glendale.

He may yell like a madman on the sidelines, but Rich Rodriguez opens up in the studio as he plays all the best soft-rock music video hits of the 90's and today. Each week Rich will be joined by a guest such as Jewel, Sarah Maclachlan, and Josh Groban to talk about faith, love, and the healing power of music. You'll be moved to tears.

Well Jim, what do you think? I figure with the job stability of all of these coaches we should be set on programming for years to come.

(Thanks to my MSU friends for the ideas, and to my co-writers for talking me out of some pretty tasteless jokes. Also, thanks to Dave Ryan for the photoshop pics).